Renowned jewellery designer returns to where it all began 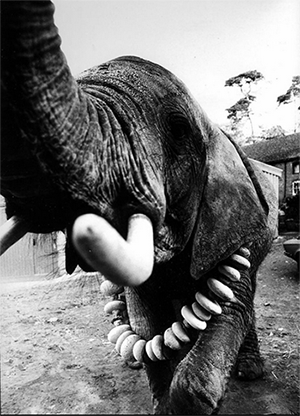 David's exhibition, Necklace for an Elephant and Other Stories, is on display in the Grove building on Middlesex University's Hendon Campus until Friday 6 March. It not only includes David's striking jewellery, but also refers to his photography, engineering, invention, process design and work for development in Africa.

David's unique jewellery has been collected by museums across the world including the Victoria & Albert Museum, London and the National Gallery, Melbourne. The designer is best known for the limestone necklace he created for an elephant, which in 1975 featured in Vogue magazine and on 'Arena'. As well as titanium and stainless steel, other unusual materials used in his jewellery have included Coca Cola bottle tops, rose thorns and recycled steel.

David's talents don't just lie in jewellery; his career has impressively also spanned international development, photography and working as an inventor. Describing himself as an inter-disciplinary problem-solver and 3D designer-maker, David has developed life-changing projects in Africa working for organisations including the UN, the World Bank and Oxfam. He has six patent applications and has worked as a consultant in industrial and economic development, clinical informatics and medicine delivery design and haptic interface technology. 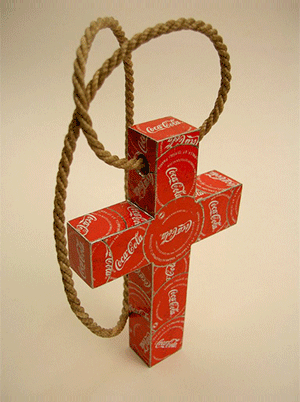 In returning to Middlesex, David was also returning to the institution where he participated in the revolutionary student protest at the Hornsey College of Art, which later became Middlesex University. The large scale student protest and sit-in called for a major consultative review of the art curriculum and the teaching methods of art education in Britain, and was pivotal to developments in the area.

"In 1968 the students of Hornsey argued that the age of narrow specialisms was past, that designers needed to be trained to be flexible problem solvers in order to respond to the increasingly rapid evolution of technology and contexts," David recalled. "Time continues to prove them right."

Hilary Robinson, Dean of the School of Art and Design, said: "We are delighted to be the London venue for this exhibition of work by David Poston. This exhibition links together, through David's work, key periods in our history, and is a wonderful exemplar of the approach to making that has been embodied in our teaching and practice.

"The 1968 Hornsey sit-in in which David was involved was an expression of student and staff concern over the teaching of art and design, with the aim of introducing more radical, exploratory and research-led pedagogies. David's work since that time has demonstrated all of these values, from his approach to body adornment, through his work with disadvantaged communities globally, to his empathy for living creatures. What also comes through very strongly in David's work is his warmth, generosity and serious playfulness, from his management of the kitchen during the sit-in through to his necklace for an elephant. We are proud to have him as part of the Hornsey/ Middlesex family, and glad to be hosts for this wonderful exhibition of his work." 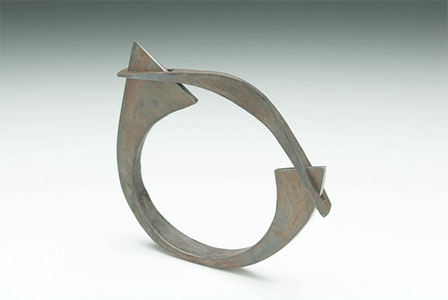 'Necklace for an Elephant and Other Stories' is on display and open to the public in Middlesex University's Grove Atrium from Monday to Friday, until Friday 6 March.