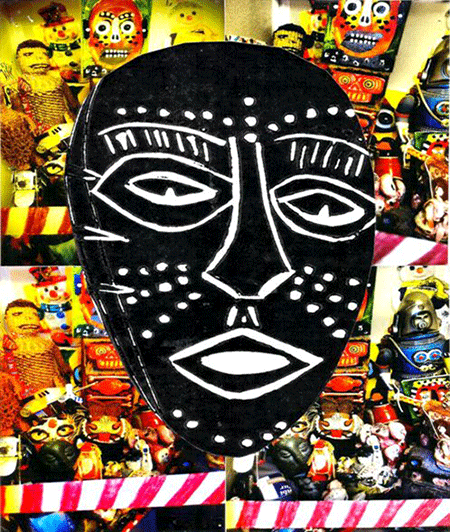 Steve Mumberson, Associate Professor in Painting and Printmaking at Middlesex University, was recently placed third in the international section of the second Cartoon Africa International Biennial 2014, adding another international prize to his long list of achievements.

The Cartoon Africa Biennial awarded Steve third position in a competition in its international, non- African section. The theme for the competition was 'My Fears for Africa'. The award entries are all currently on display in Benin, Nigeria with a move to London in the pipeline for later this year.

Phil Healey, Head of Department for Visual Arts, said: "Steve has an impressive track record of success in international art competitions. He is particularly well-regarded in China, where he has won a number of prestigious awards including silver medals in the Masters Cup and the Gold Panda contest in Beijing."

Steve Mumberson trained at Brighton University and the Royal College of Art in fine art printmaking. He is a Fellow of the Royal Society of Painter Printmakers and a member of committee at the Printmaker Council.