Staff and students from Middlesex University's Animation and 3D Animation and Games programmes have beaten thousands of submissions from around the world to have their work screened at two prestigious international film festivals. 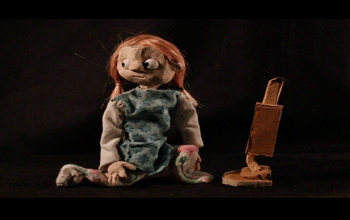 Second year BA Animation student Ida Melum will show two short films, 'Death of a Vacuum' and 'Portrait', as part of the Internacional de Curtissimas at the Monstra Animation Festival in Lisbon, Portugal from 12-22 March 2015. Both films, which revolve around themes of personal narrative and memory, were completed when Ida was in her first year of study at Middlesex.

"I'm incredibly honoured to be picked out for this festival," she said. "It gives me confidence that I have something to bring to the table – something I think all students question several times throughout their degree. Hopefully this experience will lead to more inspiration for my upcoming films, and more opportunities within the business. I consider myself very lucky to have this chance to show my work so early on."

Joining Ida in Lisbon is 2014 BA 3D Animation and Games graduate Andrew Wong, whose final year project 'The Fall' has also been selected to screen at Monstra. An abstract, emotive piece of work which was also voted Best Film in its category at Middlesex's recent animation showcase, 'The Fall' was created in response to a particularly emotional time in Andrew's life. "This film was a way for me to express those emotions and somewhat get them off my chest," he explained. "The fact that it's showing in Portugal makes me feel extremely proud and honoured. I'm just happy that more people will get the chance to watch it." 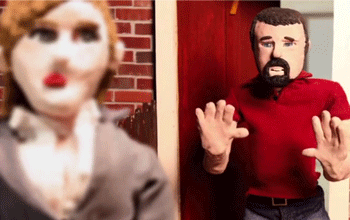 Middlesex animators will also feature heavily at the Holland Animation Film Festival (HAFF), which runs in Utrecht from 18-22 March. Stop motion animator Alex Crowley, who completed a BA Animation in 2014, will showcase his final year film 'Villains' as part of the event's international student competition. Lecturer in animation Robert Bradbrook's film 'Dead Air', which premiered at the prestigious London Film Festival in October, will make its international debut as part of HAFF's Selection Shorts film line-up.

Finally, BA Animation Programme Leader and BAFTA-winning animator Jonathan Hodgson has had his latest short, 'What Comes After Religion?' selected to compete in the festival's online HAFFTube competition. The film, a collaboration with philosopher Alain de Botton for his School of Life project, is one of just 50 chosen to take part.

"This success is a big payback for all our hard work as filmmakers and educators. HAFF and Monstra 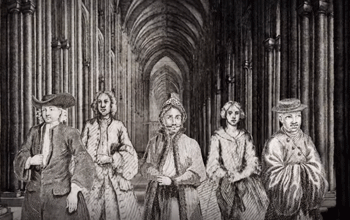 are two of the most important festivals in Europe and attract leading animation professionals from all over the world," Jonathan said. "Both of these festivals are competitive arenas and literally thousands of films are entered for the various competitions. Only a select few get past the selection committee, so it's a great achievement and affirmation of all your hard work to have your film selected."

Images, top to bottom: 'Death of a Vacuum' by Ida Melum; 'Villains' by Alex Crowley; 'What Comes After Religion?' by Jonathan Hodgson.