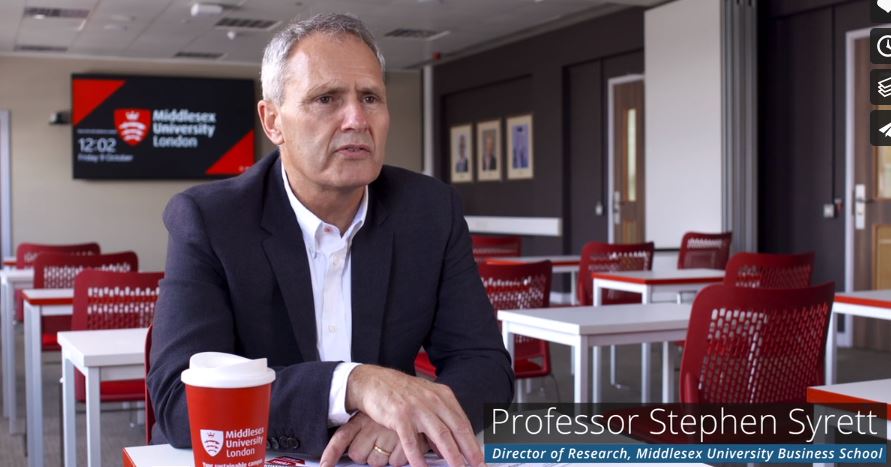 Middlesex University Business School’s groundbreaking research highlighting race inequalities in the NHS has been showcased in a new ITN documentary.

The Chartered Association of Business Schools (Chartered ABS) and ITN Productions Industry News have released a series of short films which explore the impact business schools are having on the community.

Along with eight other university business schools who are Chartered ABS members, Middlesex was selected to feature in the Business Schools for Good project.

The series of films, presented by ITN Productions Broadcaster and Consumer Editor Alice Beer, explore how business schools are supporting businesses, policymakers and graduates to generate positive, inclusive and sustainable progress in our economy and society.

The MDX short documentary focused on the vital 2014 Snowy White Peaks research report produced by MDX Research Fellow Roger Kline which exposed the lack of diversity in the NHS workforce by revealing Black, Asian and Minority Ethnic (BAME) staff are largely excluded from senior positions as manager and trust board members.

While BAME residents represent 45% of the population in London and 41% of its NHS staff, the research pointed out they only make up 8% of the city’s trust board members and that BAME staff were also more likely to face disciplinary action than white colleagues.

The MDX documentary explains how Mr Kline’s research led to the creation of a Workforce Race Equality Standards (WRES), a nine-point checklist used by NHS managers to address equality. 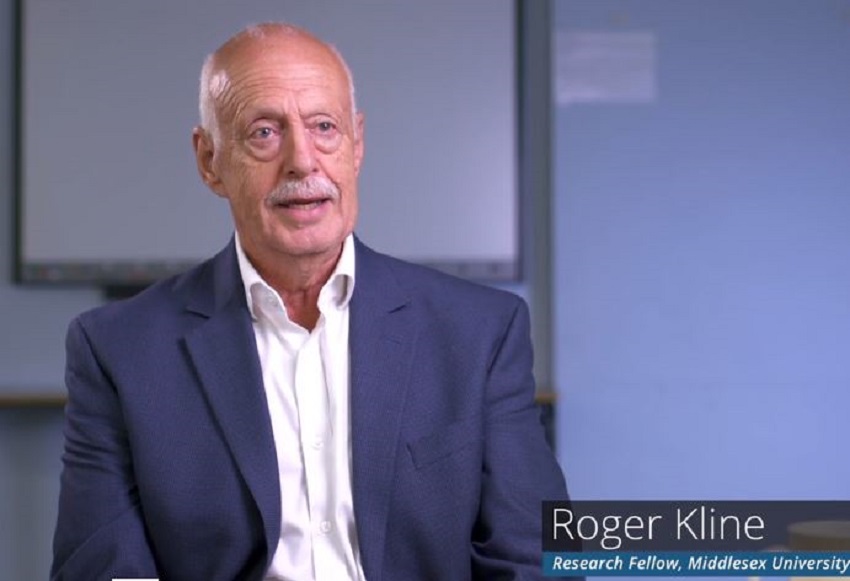 In the MDX documentary, Alice Beer says: “The treatment of black and minority ethnic staff in the NHS has improved in the last five years partly due to research at Middlesex University Business School. Looking at race discrimination, the school has shown that greater diversity at all levels brings not only wider social justice but also better patient care.”

Alice adds that Middlesex University Business School’s mission has always been to deliver “impactful research that links a well-treated workforce to business success”.

Professor Stephen Syrett, the Director of Research at MDX Business School, said: "We are exceptionally pleased with this ITN documentary.

“Through focusing upon the pioneering research of Roger Kline in tackling issues of race equality within the NHS, this film captures exactly the type of impactful research that colleagues across MDX Business School pursue - in this case research that directly benefits the UK's largest and most important organisation the NHS - and its diverse workforce.

“MDX Business School has always centred upon developing teaching and research that simultaneously benefits business and the wider society of which it is an integral part.

“So being featured in 'Business Schools for Good' provides us with the opportunity to showcase to a wider audience something that is absolutely fundamental to who we are and what we do."

The Business Schools for Good programme was launched at the Chartered ABS Annual Conference on Monday and featured key industry interviews and news-style reports along with case studies from member business schools including Middlesex University.

Professor Robert MacIntosh, the Chairman of the Chartered ABS who appears in the programme, said: “In educating our students in making better decisions about the resources they use, the equality of the opportunities they create, and the innovations they create, our business schools shape the world in which we will live in the future.”

Find out more about the Middlesex University Business School.