Eavesdropping crows can tell the difference between human languages - research

PhD student at Middlesex University discovered crows can discriminate between human languages, as they watch out for potential dangers 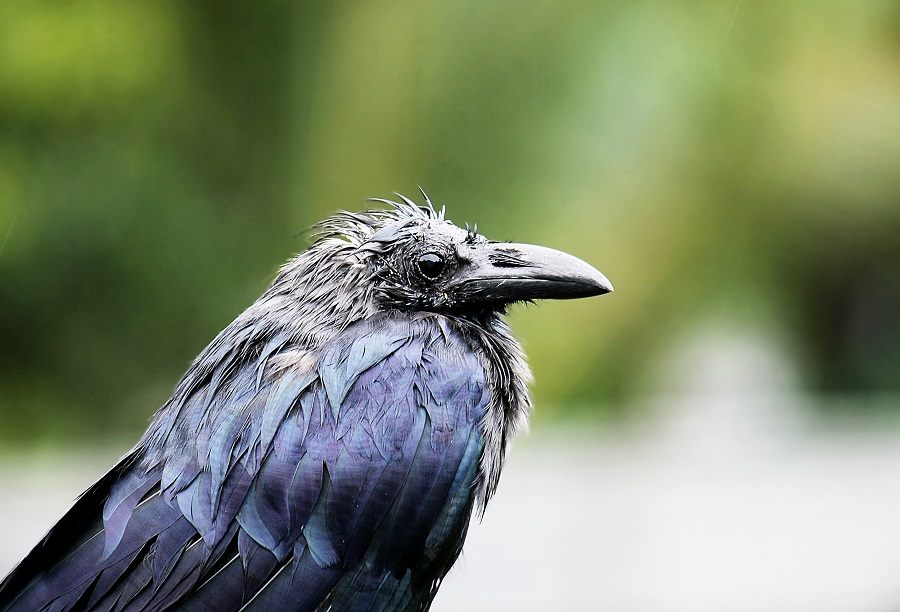 Large-billed crows can tell the difference between human languages and could be listening into our conversations, according to fascinating new research.

The birds appear to eavesdrop on speech and notice when they hear unfamiliar languages, based on the study by Sabrina Schalz, a PhD student in Urban Evolutionary Ecology at Middlesex University.

In her research experiment at Keio University in Tokyo, Japan, seven large-billed crows in an aviary were played sentences in Dutch and Japanese for 25 seconds at a time through loud speakers to capture and compare their reaction.

“This would support the hypothesis that crows actively listen to human speech of their own accord and without experimental setups to a degree that would enable them to identify and later recognize key features of Japanese independent of the individual speaker that distinguish it from other languages," Sabrina Schalz, PHD student.

Five of the seven crows were visibly more animated when the Dutch speech was played, looking ahead and upwards and also standing close to the speaker for longer periods.

Miss Schalz said: “There was a huge difference in how the crows reacted to Japanese and Dutch and the only birds which didn’t react significantly different were the two juveniles, possibly because they would have had less time exposed to Japanese and to learn the language-specific cues.

“The crows were likely already familiar with Japanese from living in Japan and hearing Japanese all around them all the time but Dutch would be entirely unfamiliar because there’s very few tourists relative to locals and very few Dutch immigrants so they might not have heard Dutch before.

“Dutch has some speech sounds that do not exist in Japanese, which would likely have been new to them, and the speech rhythm would be unfamiliar and these might all be cues they are surprised by.”

Language discrimination has previously been found in human infants, cotton-top tamarin monkeys, rats and Java sparrows, according to the research paper.

Miss Schalz explained she decided to investigate whether crows can also discriminate between human languages because they are songbirds with “a very detailed perception of acoustic cues” which could be applied to human speech.

As they live in urban areas and might see humans as “potentially dangerous”, particularly in Tokyo where authorities are “hostile” towards the birds, it pays for crows to be aware of human presence, Miss Schalz explained.

The paper notes that language discrimination is based on a natural mechanism to perceive and interpret acoustic information which likely “predates the evolution of language” and the research indicates  “crows can voluntarily apply this mechanism”.

Miss Schalz’s research paper concluded: “The results show that crows can discriminate between Dutch and Japanese sentences despite speaker variability and without prior training.

“Crows should not be more interested in one language over the other.

“Since all of them were caught in highly urbanized areas in Japan in and around Tokyo it is safe to assume that they were exposed to Japanese for their entire lives.

“This would support the hypothesis that crows actively listen to human speech of their own accord and without experimental setups to a degree that would enable them to identify and later recognize key features of Japanese independent of the individual speaker that distinguish it from other languages.

“Dutch, on the other hand, would likely be completely new to them and thus prompt them to pay more attention to it at first.”

Miss Schalz plans to expand the research by testing the speech perception of wild crows in London.

“While crows are caught in Tokyo, in other places people ignore them so they have less of an incentive to be cautious of humans,” she added.

Ms Schalz, who has obtained a Masters in Evolutionary Behavioural Science at Middlesex University, carried out the research in Japan with her supervisor Ei-Ichi Izawa part of her undergraduate studies.