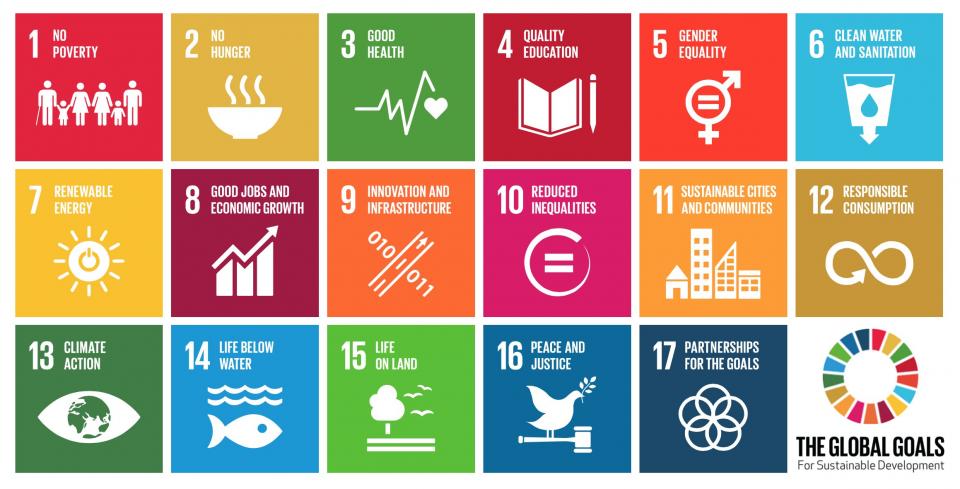 As the Climate Ambition Summit marking the 5th anniversary of the Paris Agreement is held, MDX celebrates its commitment to sustainability on its campuses and around the world, and to inspiring graduates to start up businesses in the environmental space.

MDX Pro Vice Chancellor and Executive Dean of the Faculty of Science of Technology Sean Wellington, chair of the university's Environmental Steering Group says, “We are committed to embedding sustainability in our education, research and knowledge exchange activity, and to reducing the environmental impact of our campus. Much of our research and education is designed to address one or more of the UN Sustainable Development Goals [SDGs]”. In 2013, Professor Sarah Bradshaw, head of MDX School of Law wrote a report on Women and Economic Development for the UN High Level Panel of Eminent Persons charged with developing the first, draft set of SDGs.

Among MDX alumni championing sustainability and action on climate are Extinction Rebellion co-founder Clare Farrell, who set up women's technical cyclewear label No Such Thing Clothing in 2014, and Christopher Raeburn, founder of collaborative fashion studio RAEBURN and global creative director of Timberland. 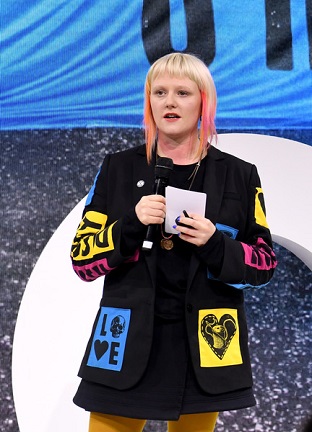 "I am pleased to hear about the efforts to educate and inspire students with environmental thinking” says Clare. “There is no challenge more urgent for universities than to help young people prepare for an uncertain future, because we have changed the world and it will never be the same again.

"The pivotal decisions to do this were made by those who knew very well what they were doing and now we have to live with the consequences of that dereliction of morality, finding the strength ourselves to face that truth. There is a great responsibility on educational institutions to work hard with open minds, letting go of old certainties”.

Christopher Raeburn, whose design vision centres on reworking of surplus fabrics and garments, says "It was back in 2001 as a student at Middlesex I first started working on Remade garments; those embryonic ideas have led to the business I now run focused around circularity and the environment.

"In those two decades we've seen global temperatures soar and the narrative (and reality) around sustainability shift exponentially; it's more important than ever that we collaboratively make positive change within the fashion industry and as a global community."

The Times Higher Education (THE) Impact Rankings is the only global performance table that assesses universities against the UN's SDGs. On 1st December, MDX submitted into 12 out of the 17 SDGs (including SDG17: Partnerships for the Goals, which is mandatory to rank within the overall table). The submission reports on research that relates to the SDGs, on subjects such as slavery, human trafficking and child labour in modern business; financing early stage green innovation; and impacts of community-based management on a range of indicators in coastal Fiji. 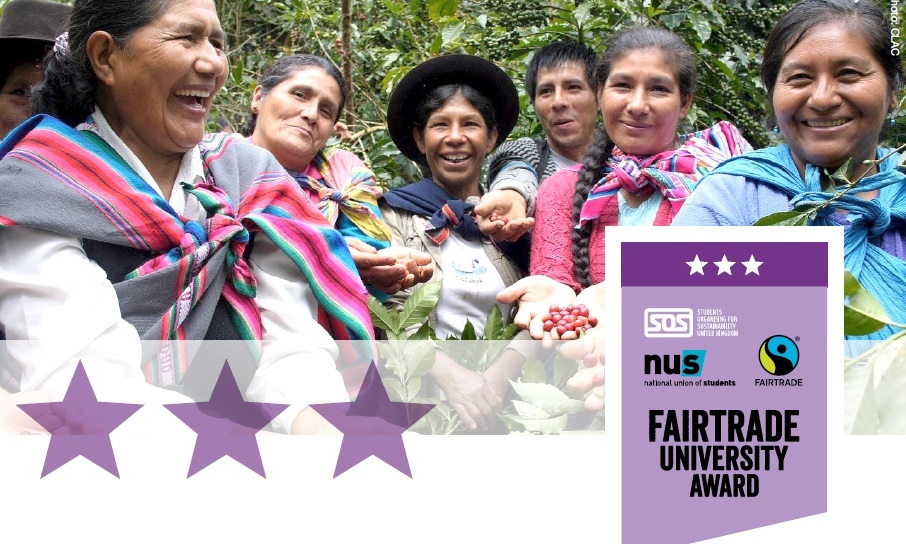 Students select one of the SDGs and devise a solution and an appropriate delivery strategy that will help improve, enhance or empower a disadvantaged community. "It is excellent that Middlesex University is so forward thinking, working with us to amplify sustainability and the UNSDGs as part of the learning strategy. I commend Dr Meri Juntti, her colleagues and the academic team," says Veronica Heaven, CEO of The Heaven Company and founder of Brief Cases. Brief Cases at MDX has been extended this academic year to students on the MSc Sustainability and Environmental Management programme. 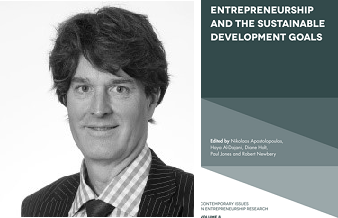 Also listed are outreach initiatives, such as the partnership between MDX Senior Lecturer in Eco-entrepreneurship Dr Christopher Moon and colleagues with the Rumie project - a non-profit organization bringing free digital educational content to underprivileged children - to help deliver tablets loaded with eduware, games and videos to a senior school in The Gambia. Data shows that students appreciably improved their learning by using the tablets. The THE league table results will be available in April 2021.

Among features of MDX's increasingly sustainable Hendon campus are solar panels on five university buildings and living walls with 3,500 plants; a policy since 2014 to send no waste directly to landfill; rainwater collected and used to flush toilets; a reusable cup scheme and touch-free water bottle filling stations; automatic systems monitoring energy consumption every 30 minutes; a Freewheelers bike hire scheme; and the university's fleet of minibuses being replaced with electric vehicles. MDX has a target to reach Net Zero by 2040. The Ritterman Building, opened in 2017, is a leading example in the local area of energy efficient, low carbon planning and development.

Earlier this year, Foundation Year student Hanin El-Okla was shortlisted for Hubbub’s Design by Nature competition for the concept of Ella’s Badge – a lapel badge containing a low-cost air quality sensor that pupils can wear on their way to school, named after nine year-old Ella Kissi-Debrah who died in 2013 after an acute asthma attack, following three years of seizures. El-Okla aims to use a smaller, cheaper version of the Flow 2 technology currently clipped onto backpacks and pushchairs, connected to a free App. MDX students are set to work on an environmental project with students at St Joseph’s Primary School next to campus.

Dr Christopher Moon was recently awarded a Fellowship of membership network Enterprise Educators UK, announced by Lord Bilimoria at the International Entrepreneurship Educators Conference 2020, in recognition of his role in promoting sustainability at MDX as well as his outstanding contribution to entrepreneurship teaching and learning.

Christopher was academic adviser to leading global student, academic and business entrepreneurship network Enactus’ World Cup in 2017, held in London, which prompted the setting up of the Enactus Society at MDX. In its first year, it has presented at the Enactus UK national finals and won its first external funding application with mentoring from an international company. Christopher’s recent publications include a chapter in Emerald Publishing’s Entrepreneurship and the Sustainable Development Goals, and co-editing Universities and Entrepreneurship in the same series, both leading resources for students. “Receiving the EEUK Fellowship was a real privilege” says Christopher. “The fellowship is already providing a platform to innovate in the curriculum and my current students are now benefiting from the integration of the SDGs into my teaching and their learning. By engaging students to imagine projects to tackle the SDGs and then present their ideas, this is really demonstrating how ethics and sustainability needs to be part of each student’s learning at every level of their studies."

Christopher has also been lead judge of the International Innovation and Entrepreneurship Teaching Excellence Awards since he was a finalist in 2015; judged the F Factor competition, the UK’s premier contest for 14-25 year olds relating the SDGs to Industry 4.0; and last summer acted as jury member for Canada’s SDG Jam, with 150 students from business schools across the country participating in live projects with clients.

These experiences have shown him the “global interest in the SDGs from both students and client organisation [and] the potential for students to be involved in numerous creative and collaborative projects…. With the need to tackle climate change urgently and the new green industrial revolution, we need to quickly provide opportunities for students to learn the necessary sustainability skills and mindset."

Last summer, MDX received a maximum 3* University & College Fairtrade award, an accreditation which lasts until 2022. The student auditors of the prize said "“The award project lead, Jo Williamson, has worked so hard to get Middlesex University this far with the Fairtrade award. She has been really active in reaching out to other universities to establish a stronger Fairtrade Networking group", while the Fairtrade Foundation project team said the university "has gone above and beyond to achieve the award... Congratulations for making such a significant contribution to the Fairtrade movement.”

Three students in the MDX Enactus Society took part in the Fairtrade International Symposium in June - this year held as an online panel – while in Fairtrade Fortnight next February, there’s a planned screening of Damon Gameau's documentary 2040 on addressing climate change, hosted by MDX Vice-Chancellor Nic Beech. Meanwhile a third annual MDXceralator Sprint will run from January to May 2021 for students with sustainable and other businesses or business ideas, offering masterclasses, networking opportunities, mentoring, workshops delivered by successful entrepreneurs and the opportunity to pitch for seed-funding, and with continuing support on offer beyond the end of the programme.