Nearly 50,000 people in 67 countries were surveyed on pandemic rules, political views and nationalism 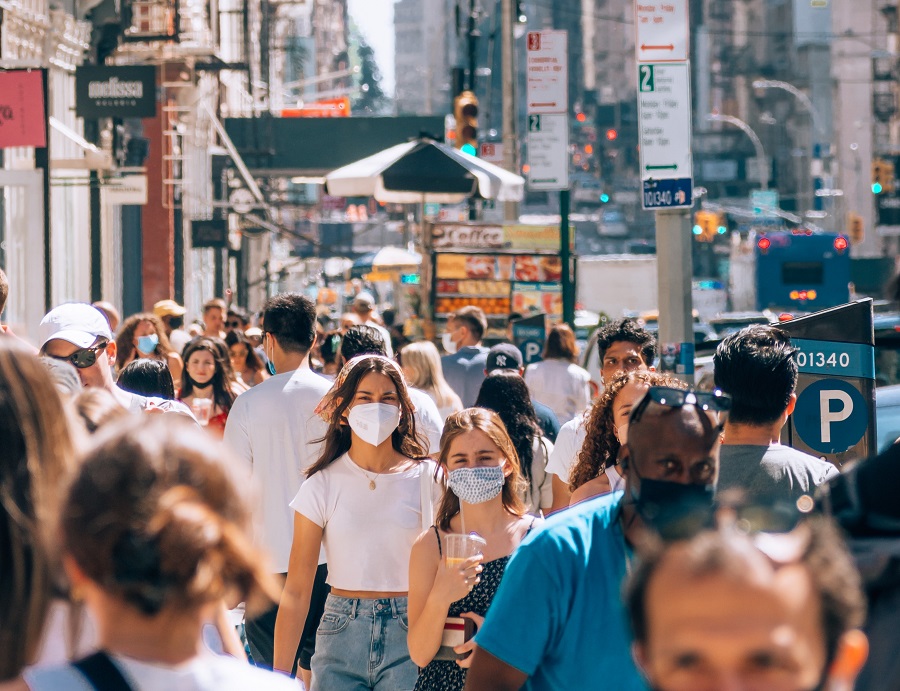 A global study of nearly 50,000 people has discovered national identity can be a decisive factor in battling the COVID-19 pandemic.

People who are proud of their country are more likely to socially distance and support lockdown measures, according to the research co-authored by a Middlesex University academic.

At the start of the pandemic in April/May 2020 an international team of more than 250 researchers surveyed 49,968 people across 67 countries.

“The study really highlights a bright and dark side of nationalism in relation to the COVID-19 pandemic.” Dr Valerio Capraro, a Senior Lecturer in Economics at Middlesex University.

Participants were asked to indicate their level of support for public health behaviours such as social distancing and around personal hygiene such as handwashing, coughing in sleeve and disinfecting objects, and whether they endorsed policy measures such as closing bars and restaurants.

They were also asked questions about their political ideology (ie right wing or left wing) and to capture the strength of their national identification and their ‘national narcissism’.

The study concluded “national identities might play an important role in the fight against a global pandemic.

“People who identified more strongly with their nation reported greater engagement with critical public health measures around the globe.”

Political leaders could promote COVID-19-related policies in future by “connecting the issue to feelings of national identity”, the study suggested.

It also noted right-wing voters and those with a higher level of ‘national narcissism’, who believe their country is superior, were less likely to support public health measures.

Dr Valerio Capraro, a Senior Lecturer in Economics at Middlesex University who co-authored the study, said: “People who are proud of their country may have more trust in their government and a desire to follow the rules for the good of their nation.

“This is reflected in their willingness to commit to social distancing because they care more about the welfare of the people around them.

“National narcissism is actually more superficial and relates to the individual wanting to show off, they actually care less about people around them and are therefore less likely to support the public health behaviours and policies.

“The study really highlights a bright and dark side of nationalism in relation to the COVID-19 pandemic.”

The research found that the top three countries in order – out of 67 countries and territories surveyed - for how national identity can determine whether people support COVID-19 rules were Denmark, China, and USA.

In the United States “threats to national identity can lead to less support for public health initiatives”, study authors noted.

The research team replicated their findings with two publicly available datasets—the World Values Survey, which measures values and beliefs over time and across countries, and the COVID-19 Google Community Mobility Reports, which indicate how people’s physical movement has changed in response to the pandemic.

Jay Van Bavel, a Professor of Psychology at New York University who initiated the survey and was the lead author, said: “History has undoubtedly shown that nationalism can be a destructive force but the research has also revealed that there is a pro-social side to group identity.

“This study points to a new and promising possibility-;that national identity can be useful in effectively addressing the current pandemic and may serve as a public health resource in the future."

The research - National identity predicts public health support during a global pandemic – has been peer-reviewed and published in the journal Nature Communications.

Photo by Yoav Aziz on Unsplash