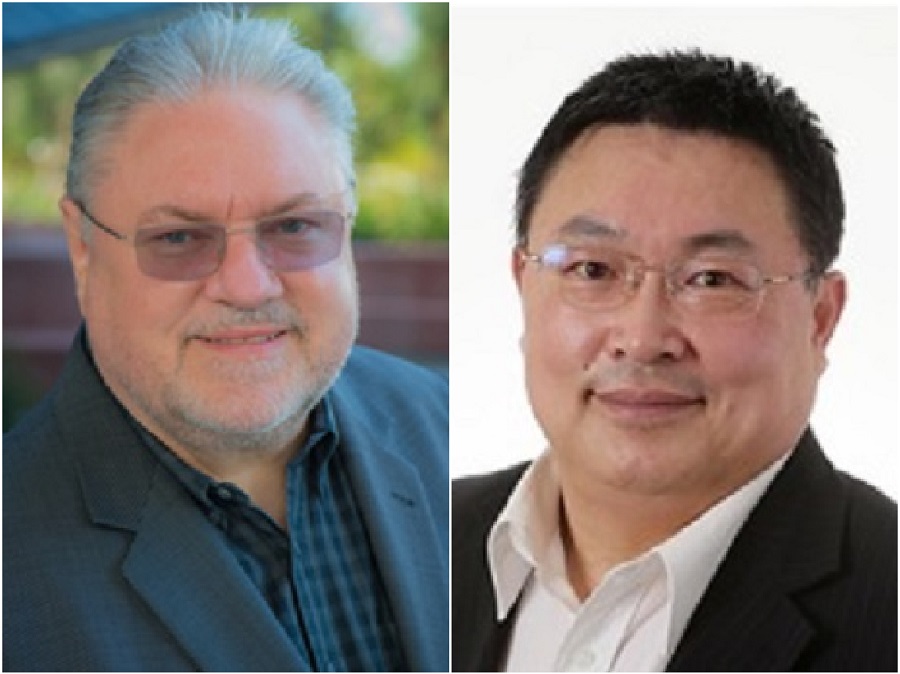 Middlesex University is delighted to announce two of its academics have been included among a prestigious global list of highly-cited researchers.

Professor David Boud and Dr Xin-She Yang are featured in Clarivate’s Highly Cited Researchers™ 2021 list which identifies 6,602 researchers from more than 70 countries and regions who have demonstrated significant influence in their chosen field (s) through the publication of multiple highly cited papers during the past decade.

Their names are drawn from the publications that rank in the top 1% by citations in the top international journals for field and publication year in the Web of Science™ citation index.

Professor Boud has been involved in research and teaching development in adult, higher and professional education for more than 40 years, and began at MDX as a visiting professor in 1998, six years after the university become one of the first in the country to begin offering work-place learning.

He is the most highly cited scholar in the world in the field of ‘higher education’ based on an analysis of rankings by the top 20 journals in past five years using data from Google Scholar. He is also the most cited scholar in the subfield of ‘workplace learning’ and well-known internationally among scholars for his 2001 publication  ‘Work-based learning; a new higher education’.

Prof Boud is currently based in Sydney, Australia, and the head of the Centre for Research on Assessment and Digital Learning at Deakin University in Melbourne, but continues to work as an MDX Professor of Work and Learning and is heavily involved in research in this field with the university.

Commenting on the Clarivate recognition, Prof Boud said: “Academic work is not just about teaching and research, it is about becoming a player in wider international conversations about ideas that make a difference.

“My field of research on higher and professional education depends on new ideas and the seeking of evidence about what does and doesn’t work.

“It is gratifying to know that not only is my work read, but others build on it in their own research and scholarship and ultimately in changing their practice.”

Dr Yang is an MDX Associate Professor in Simulation and Modelling in the Department of Design Engineering and Maths, and an elected Fellow of Institute of Mathematics and Applications.

Dr Yang and his team at MDX, who are based in Middlesex University’s Faculty of Science and Technology, have been developing algorithms from natural systems which have been used as tools to improve optimisation efficiency, computational intelligence, data mining and engineering applications. These algorithms have included the Firefly Algorithm, Bat Algorithm, Cuckoo Search, Flower Pollination Algorithm and their improved variants.

Dr Yang, who has featured on the Clarivate list for six consecutive years, said: “I'm really excited to be included again in the prestigious list of highly cited researchers by Clarivate/Web of Science.

“It shows the impact of our research in nature-inspired algorithms and optimisation at Middlesex and the benefit it has on various real-world applications.

“This is a collective achievement and the research would not have been possible without my team and great colleagues at Middlesex and global collaboration with other academics around the world.”