The Creative Academy Hub will help people into jobs across the film, TV, animation, VFX and games sectors. 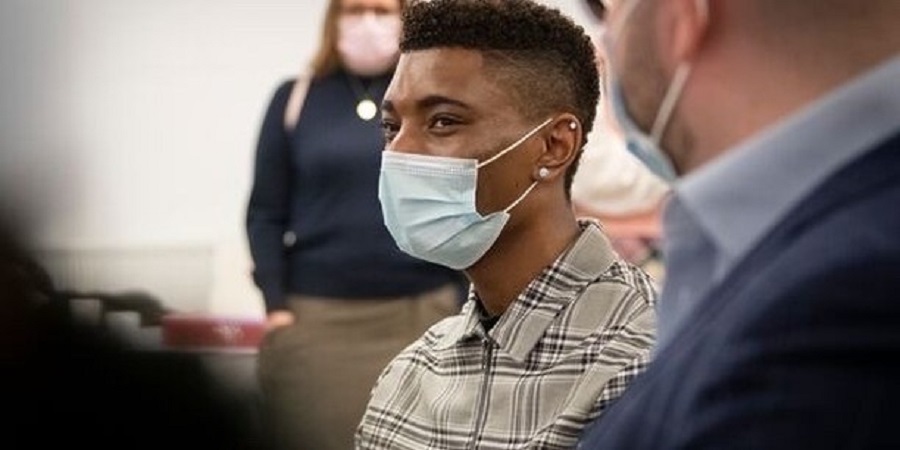 Middlesex University has a key role in a project that is designed to help underrepresented Londoners get jobs in creative industries.

The Hub will support people from under-represented and disadvantaged backgrounds, including Black and ethnic minorities, young people, people earning below the London living wage, people with disabilities, the over 50s, single parents, caregivers and the unemployed.

This academy is part of the Mayor’s £44m investment in the Mayor’s Academies Programme which will offer Londoners support and skills via academy hubs focused on five priority sectors: creative, digital, green, health and hospitality.

Yesterday, the Mayor, Sadiq Khan, visited Nexus Studios, an independent production and animation studio in Shoreditch, East London, to launch his investment programme where he met with, among other learners, Middlesex University student Darryl Coulson, a third year in BA Film Production.

Darryl, who wants to be a location manager, told the Mayor about how he has benefited massively from a work experience placement through his course as a runner on a set with the National Film and Television School.

“It was an absolute amazing experience to speak with the Mayor,” said Darryl who lives in Rainham, East London.

“He asked about my educational journey and goals and I told him about my time at Middlesex and learning so much about the industry and the standards and how it operates, and just how I had benefited so much from one module on entrepreneurship, which is solely about gaining work experience.

“I explained how I found it really inspirational being on set with a range of people from such different age groups, backgrounds and ethnicities.” 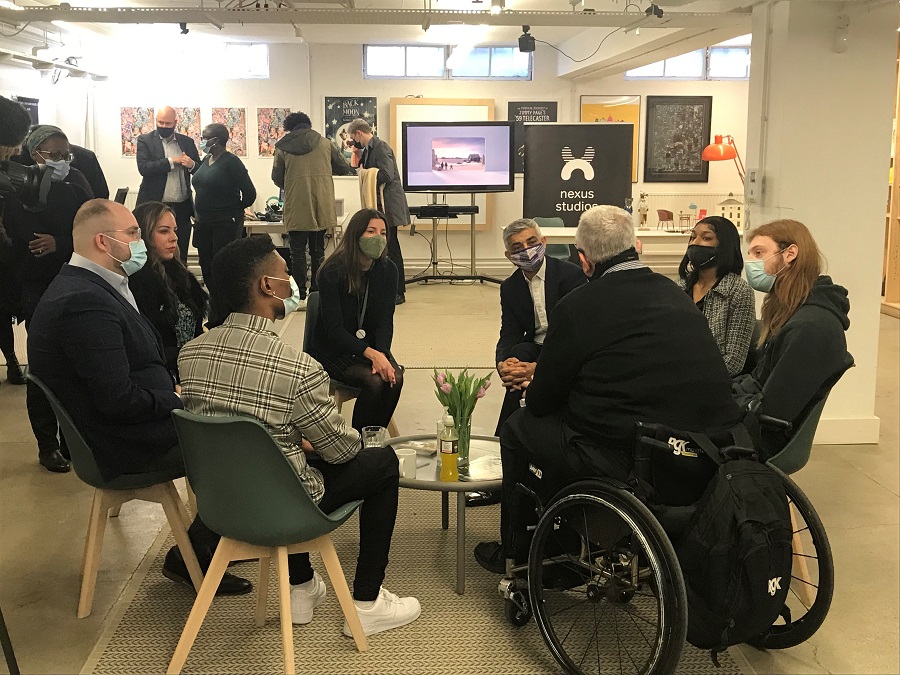 Dr Eddie McCaffrey, an MDX Senior Lecturer on the BA Film programme, who attended the launch event, said that Middlesex University has already been spearheading a UK-wide Creative Campus Network, in partnership with Film London, which aims to bring “academia and industry together”.

Dr McCaffrey hopes the Creative Academy Hub will continue bridging the gap and linking up higher education and creative industries, and particularly help underrepresented university graduates gain a foothold in the screen industries.

“The screen industries are absolutely desperate for people at the moment, so you would think it is easy to get jobs,” said Dr McCaffrey.

“But part of the problem, particularly for people from underprivileged backgrounds, is that they tend to have to start at the bottom and often work unpaid, as say a runner for example, and if you’re from a certain background it can be difficult to afford rent, food and travel.

“We’ve got many great students like Darryl - who are articulate, dynamic and hugely talented and they are the inspiration for what we, at MDX, hope to achieve which is to help them get a break in the industry that they study three years for. We’re hoping this GLA Creative Academy Hub is the beginning of an exciting new part of a journey that began several years ago with our partnership with Film London.” 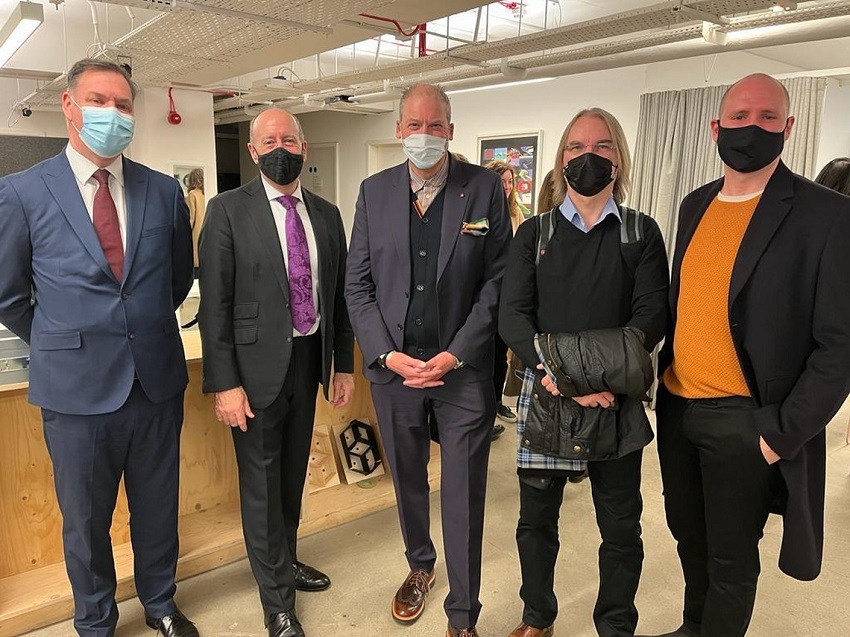 Dr McCaffrey explained the Hub could lead to various opportunities for MDX students in roles such as room supervisors, production carpenters and costumiers, 3D animators, game developers, technicians and production managers, as well as in non-creative roles in related to legal issues, business and administration.

Speaking at yesterday’s launch, The Mayor Sadiq Khan said: "My new flagship skills programme will offer any Londoner who is 19 or over – and who is unemployed or in a low paid job – the chance to access training for free.

“London’s economy is starting to show signs of recovery, but many businesses are crying out for people with the right skills.

“This new programme will not only ensure Londoners can gain the skills they need to succeed, but support London’s businesses and our economic recovery.”

Adrian Wootton OBE, Chief Executive of Film London and the British Film Commission, said "The announcement couldn’t have come at a better time. Global demand for screen content is at an all-time high, creating opportunities at every level, from camera operator to caterer to costume designer to coder.

“So it’s vital that we continue to develop our talented, diverse workforce here in London, to capitalise on the demand and fill thousands of new jobs being created."

MDX’s Business School is also part of an FE-HE consortium providing expertise for the Green Academy Hub and represented on the working group by Marion McGowan, Corporate & Partner Engagement. The green skills academy is currently being developed and a roll out programme and further update is expected in June.

Find out more about film and television courses at Middlesex University.