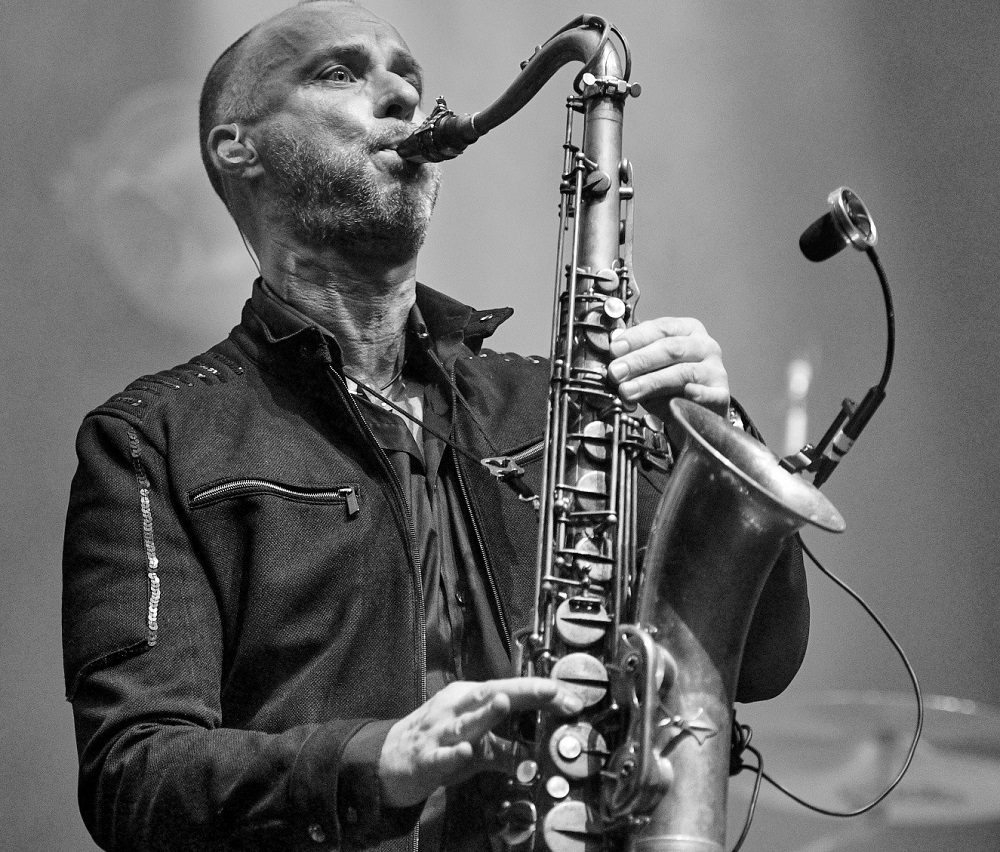 A Middlesex University jazz academic tours internationally with one of the world’s most famous guitarists.

Senior Jazz Lecturer Rob Townsend performs with the Steve Hackett Band and is set to embark on a massive tour from March with gigs in Europe, North America, Australia and across the UK.

Hackett is perhaps best known as the lead guitarist of the progressive rock band Genesis and featured on six of their studio albums between 1971 and 1977 alongside the singer Phil Collins, who later achieved success as a solo artist.

Now aged 71, Hackett remains a prolific songwriter who “loves being on the road”, according to Rob, and has a cult following among fans of ‘prog rock’.

“Steve has a worldwide fan base and we’ll go to somewhere such as Argentina and a couple of thousand people to turn up to each gig,” says Rob, who plays sax, flute and percussion in the band.

He explains how Hackett has recorded 25 solo albums and some of his solo tracks are “absolutely classics and very nostalgic” to his devoted fan base.

“I bring a jazz element to the show and there’s room to improvise and certain sections where I get to do my own thing on numbers,” explains Rob.

“Prog rock fans want to hear the classics but it’s great that Steve allows me the latitude to change things up because he doesn’t want the music to be a museum piece.”

The band found out last year that they had a particularly famous fan as Rob reveals that Jeremy Clarkson attended one of their concerts at the London Palladium and uploaded a video to Twitter, adding “it got a million hits instantly, which is quite amazing”.

In a twist of fate Hackett was the first musician Rob ever saw live in 1983 when at the time he played drums in a school rock band.

However he ditched rock for jazz and obtained a jazz degree from Middlesex University which became one of the first institutions to offer such a course in the early 1990s, and he has now taught at MDX for more than 20 years.

During this time, Rob has been a successful composer who has scored music for eight video games, several award winning animations and composed for major television channels. He also performed in the 2012 Queen’s Jubilee concert.

“I was playing in a big band wearing a white dinner jacket backing Robbie Williams on a stage outside Buckingham Palace, it was a massive gig which was broadcast around the world to about a billion people,” said Rob.

“Paul McCartney and Elton John were there and I got to go the after-show party in the palace which was pretty amazing, it was an incredible experience.” 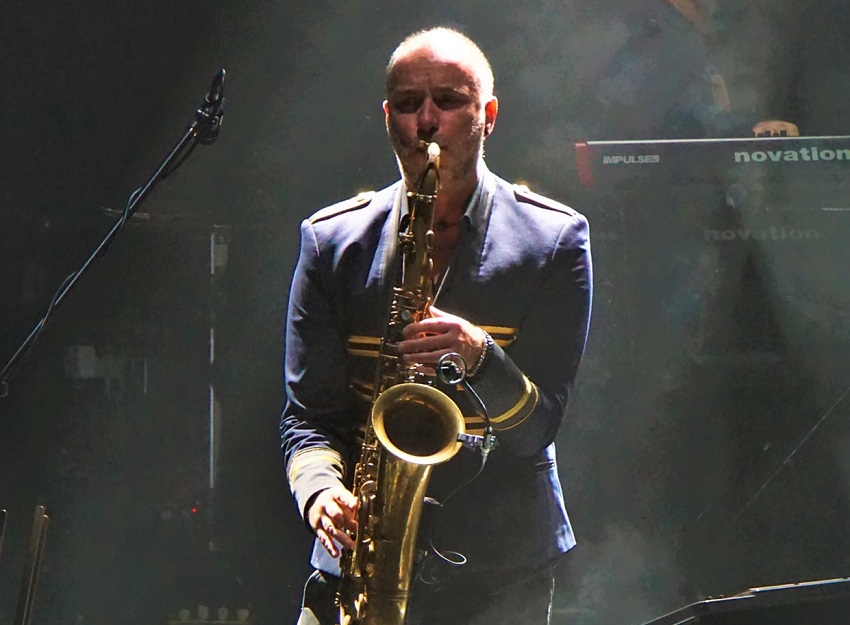 Despite the stereotypical image, Rob insists jazz is “not old guys in bowler hats and waistcoats messing around with tunes. It’s a deeply analytical and technical musical genre in which you have to hear and understand harmony, melody and rhythm to compose in the moment.

“Jazz is great preparation for all kinds of music. It makes very rounded and knowledgeable musicians who are capable of playing in many genres”

COVID-19 halted the band’s touring plans, and was “devastating for 18 months” according to Rob.

The band managed to perform a number of rescheduled gigs last year in Scandinavia, the UK, Monte Carlo and France.

They are set to hit the road again from March on an eight-week Genesis Revisited world tour which features songs from the album Seconds Out and includes gigs in Europe, Canada, USA, Australia, New Zealand and Japan, before concluding in the UK in September.

Rob, who currently lives in Denmark, has toured with Hackett since 2001 and can’t wait to get back on the road again.

“It’s very hard to tour internationally at the moment but despite all the odds, we are,” Rob adds.

“I really like touring, it’s a strange way of life but one that kind of suits me, being on the road.”

While in lockdown, Rob managed to record an album ‘Isolation’ with the drummer and bass player from the Steve Hackett Band which featured a number of top progressive rock musicians including Hackett himself and to their good fortune another Genesis fan produced their album for free.

“We cheekily sent this to him to ask if he could run it through his analogue gear, it’s like £10,000 grand a track normally and he said ‘ah man send me the stems (stereo recordings)’ so we sent him the track and he mixed it and then he mixed the rest.

“And then he got his mate Ted Jensen who mastered The Eagles Hotel California to master our CD, so we had these real A-listers helping on the album just because they love Genesis.”

Find out more about the Steve Hackett Band  and studying music at Middlesex University.