Success for MDX arts and creative industries students and alumni

Students and alumni from the Arts and Creative Industries faculty at MDX are being recognised with nominations for prestigious awards across a variety of categories.

Here is a roundup of some of the latest successes:

Three alumni were shortlisted for the 2022 Association of Illustrators (AOI) Awards.

Daniel Duncan, who graduated in 2013, was nominated for his illustration work on The Girl Who Could Fix Anything- Beatrice Shilling, World War II Engineer. 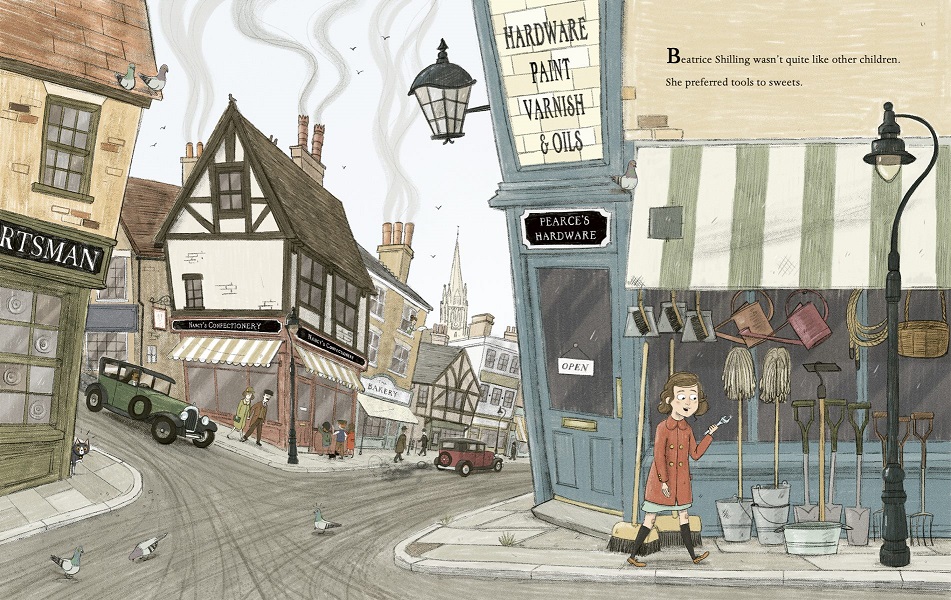 The children’s book illustrator said: “From the thumbnail stage right up to the final artwork, all illustrations were made digitally using a variety of textured brushes.

“Being a true story set in the early 20th century, it was important to accurately portray the world inhabited by the characters. As well as general online research, I used photos and info from my own books.”

The digital drawings focussed on bold colours and vivid contrasts and big eye-catching shapes and composition.

Nadine, who is based in Berlin, studied at MDX for five months as an exchange student, which she says had a “big impact” on her both personally and professionally.

“I loved to have a desk/place to work at uni and the constant exchange with other students was very inspiring,” she said.

“I realised how important doodling is and I guess for the shortlisted project I was just doodling around until it became more and more concrete.”

Lou Kiss was longlisted for the World Illustration Awards in the New Talent category with a set of illustrations she completed for Hungarian magazine 168 Óra.

She said: “I was commissioned for the magazine’s Christmas issue about hope. My illustrations focus on various interpretations of hope- hope to see friends and family for the first time after the pandemic, hope to fix a broken relationship or finally break free from a toxic one, and hope for a better year.

“My work was made to encourage people to never lose hope because there is always something better to come. 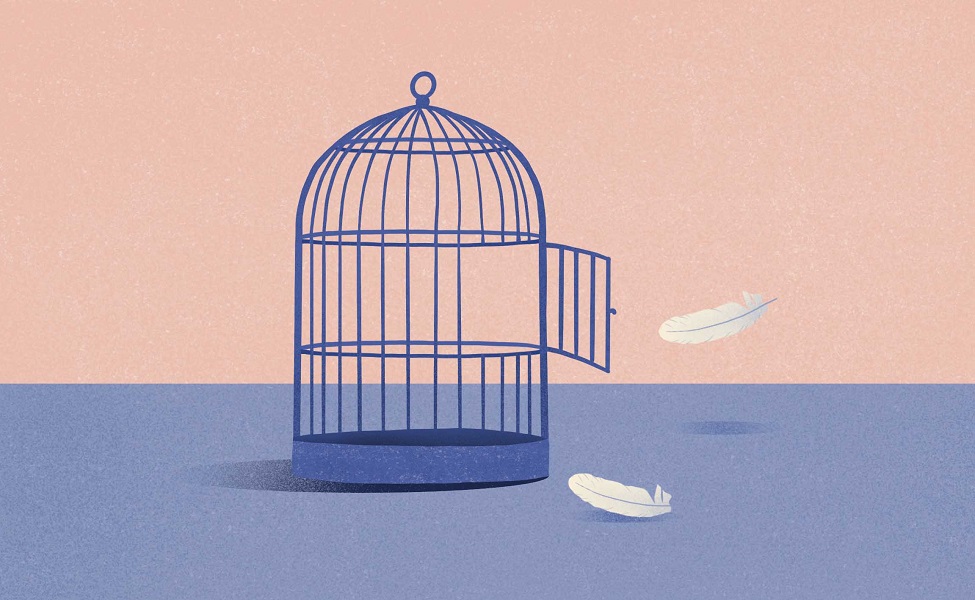 “I loved attending Middlesex. While being on the course, I was provided all the tools, support and opportunities to experiment with different styles, techniques which helped to shape my current style.

“Working on various creative briefs every year definitely helped prepare to get started as a freelance illustrator right after graduation.

“I believe the illustration course has the most exceptional, supportive tutors whom the students can always count on and reach out to even after leaving university.”

Since graduating, Lou has also been shortlisted for the Global Health Illustration Awards, choosing the topic of sexual health, which she believes most illustrators still shy away from. 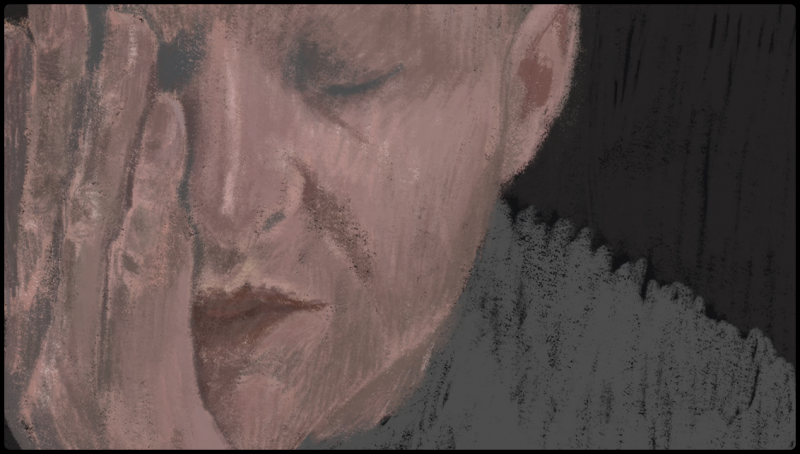 BA Illustration new graduate Betty Kim was a prizewinner at last year's Creative Conscience awards, and had her portfolio selected for design and advertising industry awards D&AD’s New Blood showcase. Her Creative Conscience prize was for her final year project To Be or Not to Be, an animation to advertise mental health awareness for Comic Relief.

“I was very surprised and very, very excited about these prizes,” Betty says.

Betty's usual media are illustration and animation. She deals with "deep emotional topics" such as identity and human psychology, portraying emotion through the use of colour. She likes to incorporate rough pencil-like strokes in her work and draws inspiration from the Impressionists and Post-impressionists. 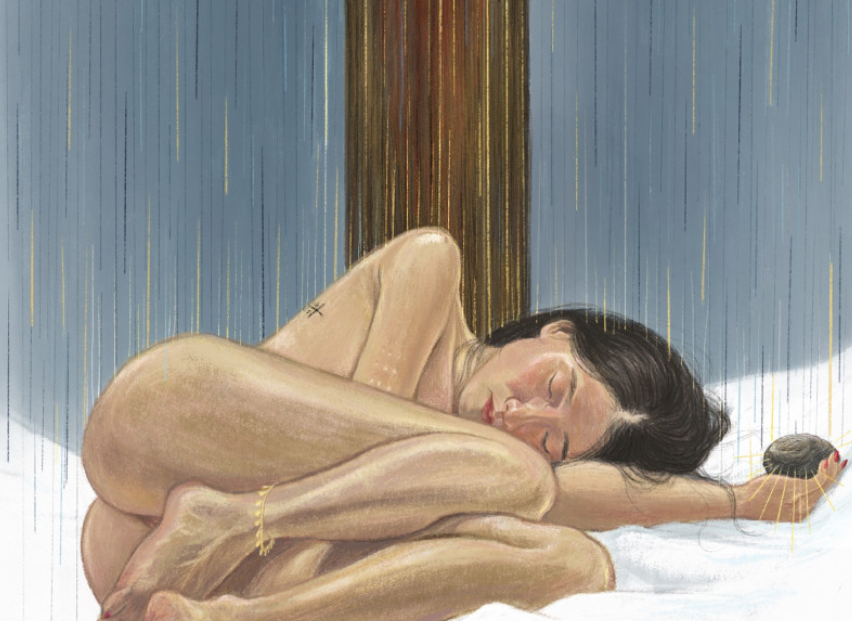 Life-drawing, in classroom hours and at an open life-drawing class every Monday evening, had a major impact on her development as an illustrator. “Every student would come and draw," Betty says. It was a general passion in the tutors. You'd see all this drawing and that would be a total inspiration”.

Lecturers Nancy Slonims and Martin Ursell "were able to give us support, calm us down when we're panicking as all art students do. They highlighted things that didn't work well in our work. It was also freedom – we were really free in terms of what we wanted to do".

2021 graduate Fa Razavi was one of 10 winners of the The Freelands Painting Prize 2022. Fa's piece Absent was exhibited in the Freelands Foundation London gallery throughout the Autumn.

It is the second consecutive year that an MDX student has won the award, created in 2020 to celebrate Fine Art and Painting final year students from 50 universities across the UK. 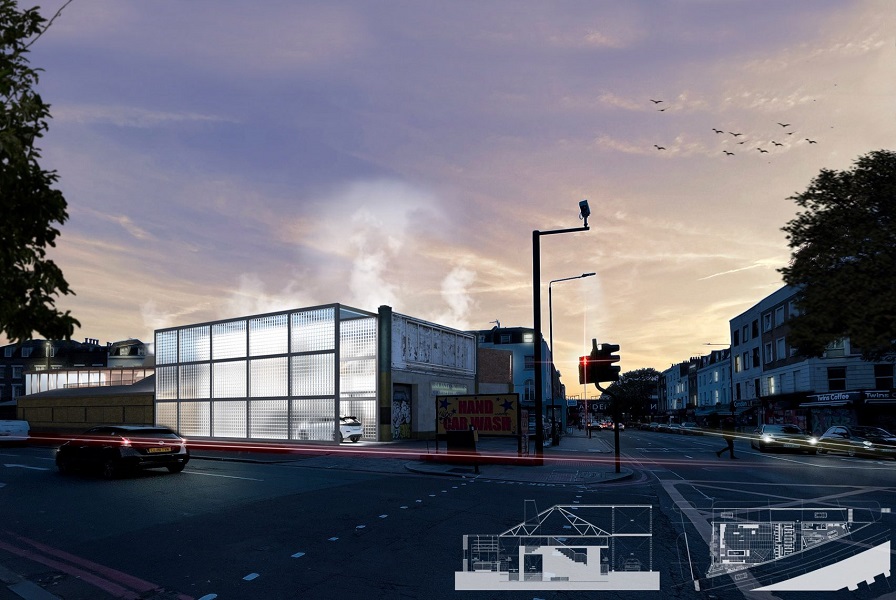 The Midnight Furnace project saw Kim create a scheme for a former urban carwash that transformed it into a stopping place for night workers.

Using the services that already existing within the building, Kim formed a design solution that allowed workers to bathe and socialise under one roof.

"The idea of taking care and using water to cleanse and transform is shifted from cars to night workers, a very niche and often neglected category," said Kim.

"Using adaptive reuse strategies, the key elements of this building were retained and a new public space connecting internal and external activities and spaces was inserted."

Judges were impressed by the design, look and feel of the game and assets and rewarded this with the Unity Choice Award, the Social Impact Award and the Innovation Game Jam.

Carbon 12 is a first-person chemistry crafting and puzzle-solving game that is designed to teach GCSE students about the fundamentals of chemistry.

Its primary objective is to educate the player on atomic structures and processes in an entertaining and meaningful way.

He added: "It came about as a result of my own struggle to connect with Chemistry at GCSE level. I thought the best way to do it was to create a video game so people could understand some of the science by seeing it in a different format."

Click to find out more about Art and Design courses at MDX.