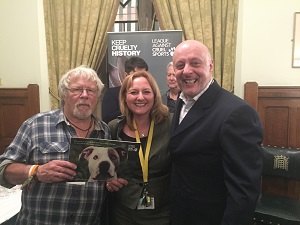 Despite being banned for almost 200 years, dog-fighting continues at unacceptable levels in the UK. Originally a mainly white, working-class pastime, ‘pit sports’ such as dog-fighting offered not only the entertainment of the fight but also the release and excitement of associated gambling activities and the opportunity for workers to hold evening matches indoors while being able to return to work the following day.

Research conducted by Middlesex University has identified that dog-fighting is a regular activity despite being illegal. Today’s dog-fighting includes a range of activities:

Beyond the actual pitting dogs against each other or allowing them to attack humans, there are a range of other offences associated with dog-fighting including illegal gambling, attending dog-fighting events, harms caused to the dogs, and the breeding and selling of dogs for fighting.

However, Middlesex University researchers also found the law and policing hasn’t kept up with developments in dog-fighting.  For example, there is no specific offence of ‘dog-fighting’. Instead, dog-fighting is caught by a broad offence of ‘animal fighting’ found in Animal Welfare Act 2006 (which came into force in 2008). This also means that it is hard to say exactly how much dog-fighting takes place as these crimes are recorded in many different ways.

Dog-fighting crimes are often prosecuted as animal welfare crimes, especially where dogs are injured or people are caught owning a fighting dog. This means that dog-fighting records show only part of the problem and dog-fighting is likely both under-reported and under-recorded.

Our research argues for dog-fighting to be recorded as a specific offence so that police and others have a clear idea of the level of dog-fighting in the UK. We also argue for penalties for dog-fighting to be brought in line with similar laws across Europe. The maximum sentence for animal fighting is up to 51 weeks in prison. But in some European countries it is two years (France) or three years (Germany, the Czech Republic). We argue for raising the tariff to two years.

Dog fighting is a cruel and violent practice which has no place in 21st century Britain. We need more research on how laws are prosecuted and to provide resources to the police and other agencies like the League Against Cruel Sports to ensure that we can end this unacceptable activity. 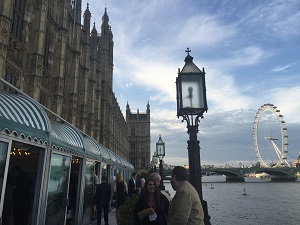 Betrayal of Trust: The Tragedy of Dog Fighting report was launched at the Houses of Parliament in December 2015 by MP Roger Godsiff. Based on research by Middlesex University's Dr Simon Harding and Dr Angus Nurse, on behalf of the League Against Cruel Sports (LACS), the report has revealed the scale of illegal dog fighting in the UK.

Dr Harding and Dr Nurse interviewed a range of people, including those involved in dog fighting, in order to examine the practices, motivations and extent of UK dog fighting. They estimate that at least one dog fight takes place in the country every day despite the 'sport' having been banned in 1835.

"Offenders take ordinary animals and manipulate and exploit them for profit and reputational gain. It is a serious concern that this activity, outlawed 180 years ago, remains, and in some communities, thrives even today. We should all work together to eradicate this practice once and for all," commented Dr Harding whose previous research has focused on the use of dangerous dogs by inner city gang members as status symbols.

Tom Quinn, LACS Campaigns Director, said: "We are recommending measures that could help make the law on dog fighting more enforceable, including the mandatory recording of dog fighting offences and strengthening penalties to bring them into line with other European countries." 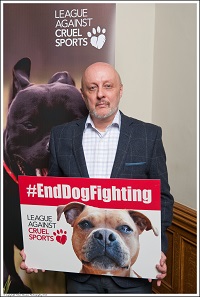 Following on from the Betrayal of Trust report, the LACS decided to meet the problem head on. To get to a national solution for dog fighting, first the challenges at a local community level must be understood. They instigated a pilot scheme, Project Bloodline, which would seek to put real facts and intelligence into the equation to greater understand what we’re dealing with.

Dog Fighting and Serious Crime: The facts and the way forward
This special briefing summarises the full Project Bloodline report, focusing on the extent and causes of dog fighting in this country – and on the way we can tackle it.