The study focused on the more subtle cultural and cognitive differences between managers and customers (shoppers and tourists) from both sides of neighbouring regions in CBRs between Finland and Sweden as well as on the special characteristics of tourism innovation and knowledge transfer between cross border small tourism businesses in two CBRs. CBR I is the twin city of TornioHapranda in the Northern parts of Sweden and Finland (CBR I) and the cities of Vaasa (Finland) and Umea (Sweden) in CBR 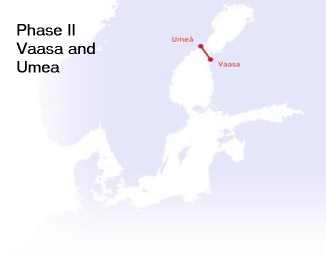 Data from Phase I and II indicate customers' perception of managers and vice versa in terms of the elements in which they perceive each other as different from one another (using Likert scale 1- strongly disagree to 5- strongly agree, see Figure below) in relation to managers' learning from customers and customers' feedback to managers from the culture on the other side of the border (Swedish or Finnish). These aspects influence the extent to which customers potentially provide ideas and information to managers, for product enhancement and innovation and the ability of managers to absorb and use it. Comparisons between the perceptions of each group e.g. visitors and tourists versus residents, Swedish residents vs. Finnish customers, etc., provide an in-sight into the elements that influence cross border exchange of knowledge in the service sector. Data have been analyzed for the purpose of academic articles and communication with the public including local and regional authorities and the local media in the research area as well as EU DG Regio.

The ongoing phases will provide further in-sight into the impact of EU funded projects on addressing the barriers to knowledge transfer and policy implications. 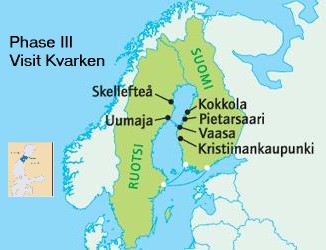 Semi structured in-depth interviews with 26 managers of small tourism businesses from towns in the cross border regions of the Kvarken Region regarding their view on the characteristics, barriers and enablers of exchange of knowledge and diffusion of tourism innovation among Swedish and Finnish managers, who have participated in the EU funded cross border project, Visit Kvarken, aimed at enhancing compatibility and skills

The perceived nature of the differences between customers and managers from TornioHaparanda (i.e. between customers and managers, self-identified as belonging to Finnish or Swedish culture), which influence the nature and extent of knowledge transfer between them are provided in Table 1. The figure illustrates the scale of these perceived differences, which shows the extent to which they see themselves distant (1-4) from their neighbouring cross border culture. Surprisingly, customers' perceived differences were found to be similar to those of visitors (non-residents), which could indicate that CBRs can represent other mainland regions in Sweden and Finland. Some possible implications for policies aimed at improving cross border knowledge transfer in CBRs are presented in Table 2. 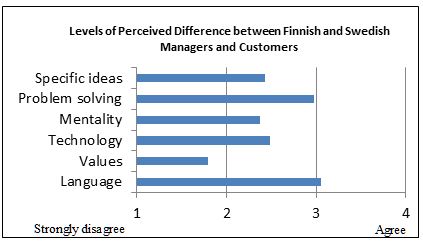 The study shows that a more fine-grained approach is needed for understanding and improving knowledge transfer between neighbouring national cultures in CBRs.