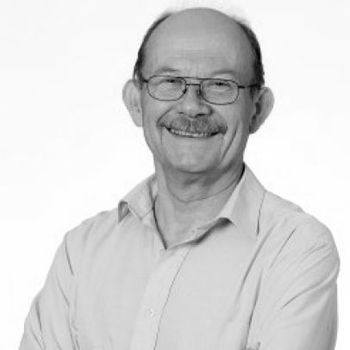 The work of Middlesex University's Professor of Comparative Employment Relations Richard Croucher in collaboration with Professor Geoff White of Greenwich University has helped strengthen the law when it comes to workers being paid the national minimum wage. At least 20,000 workers in the UK were thought to be being exploited by employers who were not paying the minimum wage.

Professor Croucher carried out three projects funded by the Low Pay Commission (LPC), who used the findings to directly make recommendations to the government and Her Majesty's Revenue and Customs (HMRC). A change in legislation has seen enforcement processes tightened as a direct result of the recommendations arising from the research.

"The impact of low pay disproportionately affects women, young workers, members of ethnic minorities and weakly qualified workers. It was these workers who benefitted from our research." - Professor Richard Croucher, Middlesex University

Professor Croucher said: "The impact of low pay disproportionately affects women, young workers, members of ethnic minorities and weakly qualified workers. It was these workers who benefitted from the improved publicity and enforcement highlighted by our research and its recommendations.

"Since the research, HMRC's approach to awareness-raising of national minimum wage has been strengthened and the LPC's recommendations on the youth rate were impacted"

But the research hasn't just had a positive impact for employees, with businesses who were previously being undercut by competitors not paying the minimum wage also benefiting.

"In all cases, compliant employers were also beneficiaries as they were not undercut by low paying employers. In excess of one million workers are paid the national minimum wage in the UK. Fair pay makes a big difference to our society."

Tim Butcher, Chief Economist at the Low Pay Commission, said in a letter to Professor Croucher that the research "provided the evidence required to support the recommendations on enforcement … This eventually resulted in a change in the enforcement regime and the introduction of penalties and fair arrears under the 2008 Employment Act."

The research by Professor Croucher has kicked off similar discussions and projects in Germany on the recent introduction of a minimum wage and his research has been cited showcasing possible issues with compliance that would need to be taken into account by legislation and enforcement authorities.