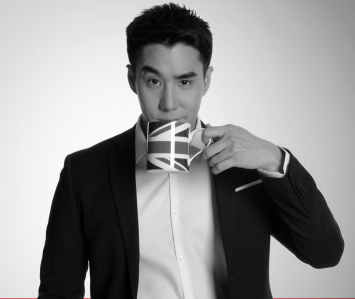 Pataradanai, known as ‘Koen’ is currently studying a master’s degree in Applied Psychology at Middlesex University London, however his background is not what you would expect from your typical psychology student. Back home in Thailand he was part of a boyband called K-Otic. The band was active between 2007 – 2012 and during that time released 4 albums and toured extensively throughout Asia. The band also represented Thailand in the 2009 Best Music Awards in South Korea. Outside of the 5 piece band, Koen released a solo album and starred in three movies, two TV series and was the host of six TV shows. Outside of the world of celebrity he also has an entrepreneurial side to him, being the owner of a bakery chain in Bangkok. We sat down with Koen to chat about why he decided to change his career and come to the UK to study.