Banking on a future

To live on campus right next to a library and to be able to study there and have access to a computer was amazing to me back then.

Accounting and Finance lecturer Ellie Franklin found a place to study as well as a new home when she came to Middlesex University as an international student over 20 years ago.

When Ellie Franklin first arrived at Middlesex University from Bulgaria to study a BSc in banking and finance in 1995 she had no idea what a hold the place would have on her. In fact, she never left the area – living in Hendon for over 20 years now and returning to work as a lecturer ten years after graduating.

“The University has been the focal point of my life: I studied here, my home is near here, my child goes to school across the road, and now I work here,” says Ellie, now a Senior Lecturer in Accounting and Finance at Middlesex.

Ellie always planned to go to university in an English-speaking country to study finance and Middlesex ticked all of the right boxes with its course, location and approach.

“It felt like a really friendly place from the outset. I felt wanted and welcomed from the first letters the University sent me,” she says.

Ellie recalls going to an orientation week organised for international students, which helped her find her feet as a 19-year-old arriving to live in an unfamiliar city.

“It was a great opportunity for us to arrive before all of the big crowds did. They spent a week welcoming us and showing us logistical things such as opening a bank account, travelling around London and putting on social events. It really helped,” she says.

She thrived at Middlesex and loved living so close to the University.

“To live on campus right next to a library and to be able to study there and have access to a computer was just amazing to me back then because I didn't have those resources myself,” she says.

As an international student, Ellie had to pay for her course fees, unlike her British classmates at the time, so juggled several part-time jobs with study. 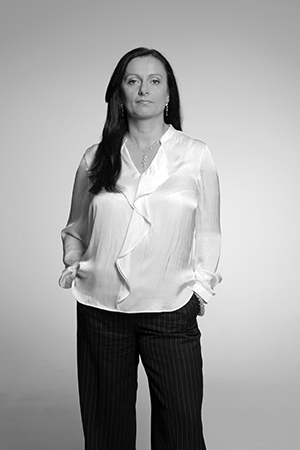 “It was a bit of a struggle so I couldn't necessarily enjoy all of the social aspects of university life because I was out working to earn money to pay for my university fees. That was hard and in some respects I envied the English students,” she says.

However, with hindsight she believes it made her more determined to succeed. It also spurred her on to do a placement year where she could gain real-world experience while earning money. She spent a year working at Barclays in Poole.

“It was the best thing I did,” she says. “I really loved it. There were nine of us – all students from different universities – and we were placed in different parts of the bank. We were so well looked after by staff who did a lot with us around personal and professional development.”

Ellie is consequently a huge advocate for work placements, believing it is invaluable for character-building and employability.

It certainly worked for her. She was snapped up by Big Four accounting firm Deloitte on a graduate scheme where she qualified as a chartered accountant (“the hardest thing I ever did”) and stayed for eight years. Her clients were big players in the banking and finance sector but she naturally found herself leaning towards the training side of things.

“I was always drawn to training and development so I became a training manager within my department in Deloitte. I was also involved in creating learning material for the Deloitte courses to be rolled out around the world,” she says.

Ellie believes it was fate that led her back to Middlesex. On a particularly bad day in the office, struggling in the “time-pressured, deadline-driven, client-driven” environment as a new mum, she happened to see a role advertised for an accounting lecturer. She applied instantly and hasn’t looked back since.

“I felt really excited to be back at Middlesex. Being a lecturer was a bit similar and a bit different, but for me the best thing was being on stage and creating a show for students. Making accounting and finance interesting and real for them and not just teaching out of a book,” she says.

And she found that elusive work-life balance. The University’s flexible hours meant she could see more of her son and she took up running.

“I joined the University’s running club, which is run by a volunteer staff member, Jonathan Tanner, about a year ago. In that time I have managed to complete two 5ks, two 10ks and a half marathon. And that’s from a starting point of running 100 metres and being out of breath!” she says.

Not one to do things by halves though, Ellie is gearing up to compete in the London marathon this year – a feat she’d never dreamt possible.

“My new found love of running is an amazing achievement which I owe to Middlesex,” she says. “I feel really loyal to the University. Apart from ten years working in the city, everything else I've done is largely around Middlesex. I’ve always felt supported here, encouraged to get involved with things and that my best interests are being taken care of.”