People really let you into their lives. You don't get that opportunity anywhere else.

Nursing may be testing and tiring but it’s incredibly rewarding, says Middlesex nursing alumnus Luke Thornton who is sharing his knowledge and passion with students as a Graduate Academic Assistant.

Even after working 24 days straight, Luke Thornton can find more positives in working as a nurse than negatives.

“I like to feel that I'm helping people and nursing gives me that feeling,” he says. “I feel like I have a purpose and that I’m useful. In some careers it's difficult to see the output of what you're doing, but in nursing I see it constantly and every day from my patients,” he says.

Luke studied a BSc in Nursing at Middlesex University, graduating in 2015. He was in his mid-twenties when he joined, having initially stumbled into a range of jobs after leaving school – “everything from a security guard to postman” – before eventually working in elderly care where he discovered his caring streak. Luke loved the feeling that he was making a tangible difference to people’s lives and decided to train to be a nurse.

Building trusting relationships with patients is what he cherishes most about being a nurse. “People really let you into their lives,” he says. “You don't get that opportunity in many jobs.”

And the stories he gets to hear as a result are a real privilege of the profession.

“I think it's very easy to see someone as yet another patient, just another old man sitting in a bed wearing a gown, until you get into their back story and hear about their life. Spend a little time with them and they’ll tell you about what an amazing life they've had,” he says.

Despite knowing first-hand the time pressures on medical staff, Luke is adamant that taking the time to talk to patients as individuals is fundamental to best-practice nursing. He thinks it can make the difference between a good and bad experience and how likely a person is to seek medical help in the future. 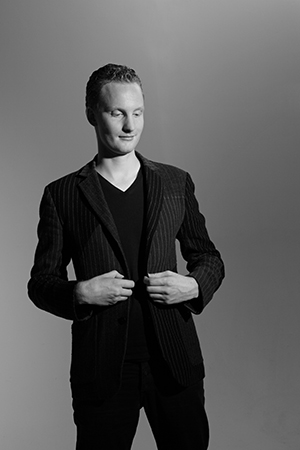 In between working on the cardiology ward at Whittington Hospital in north London and studying for a mentorship qualification, the passionate Middlesex nursing alumnus also works as a Graduate Academic Assistant at the University. “A fancy word for dogsbody,” he quips. Luke loves sharing his clinical skills and ward experiences with students and is hoping to teach student nurses in hospital too once he gains his mentorship qualification.

“Going into the hospital environment can be quite tough when you're not used to it. So, I like to be able to help students get the hang of what they're doing here and prepare them for the real world,” he says.

Teaching is something Luke is keen to pursue in the future, having been inspired by some of his lecturers at Middlesex. He points to Harriet Oliver, who had been a senior A&E nurse, as someone he really respected. Luke particularly loved the practical elements of his course and the facilities, which brought to life the hospital environment and helped prepare him for some of the realities of working on a ward. He chose to study at Middlesex as he liked the “relaxed and open” feel of the place instantly.

“Middlesex was just so much more welcoming than the other universities I visited. It had a buzz about the campus that things were always happening,” he says.

He wasn’t disappointed. Luke loved his time at the north London University and embraced all of the opportunities that came his way. He’s a big advocate for students getting involved with much as they can to get the most from their precious time at university.

“One of the best things about university is the opportunities that you're presented with. You don't get them at any other time of your life. You can do as much or as little as you want with it. University gives you a good chance to develop and find things out about yourself that you didn't know,” says Luke.

“I dived into anything that came up from being a student rep to starring in instructional videos as a patient. So oddly enough there are lots of videos of me in my underwear on the internet for student nurses to see how examinations are done!” he laughs.

For all his enthusiasm for nursing, Luke admits that it can be both relentless and thankless at times. That’s why he advises trainee nurses to stay challenged and seek out the positives.

“It's easy to burn out in nursing as you give so much of yourself to other people and rarely get anything back,” he says. “So you have to take what you can from it, whether that's the feeling of satisfaction from doing a good job or keeping it fresh and enjoying new challenges. Otherwise you will give too much of yourself away to be able to continue.”