Studying at Middlesex gave me fantastic skills which enable me to do what I do now with confidence.

For Baroness Lola Young studying at Middlesex opened up a world of new ideas. She developed her passion for social justice, went on to be a professor, and is now a member of the House of Lords.

"Middlesex University has been a constant in my life. I've moved around a lot, but always come back, a bit like a homing pigeon, both as a student and then later to teach.

"It was one of my lecturers at Middlesex who suggested I do a PhD. I'd thought PhDs weren't something for me but that encouragement meant I went on to study British film, and write a book about race, gender and sexuality in cinema.

"Studying at Middlesex gave me fantastic skills, like critical thinking and understanding different perspectives. That enabled me to do what I do now with confidence, like my work in Parliament. I've been a member of the House of Lords since 2004 and I'm currently campaigning on several social justice issues, including combating modern forms of slavery."

You learn to get beneath the surface

"Getting accepted onto my degree course in 1986 was a critical moment in my life, particularly in terms of my self-esteem.

Growing up, I'd been told I wasn't very bright. I hadn't been able to do A-levels. There were good reasons for that, related to me being brought up in a children's home, but I didn't realise that then and I thought I was stupid. 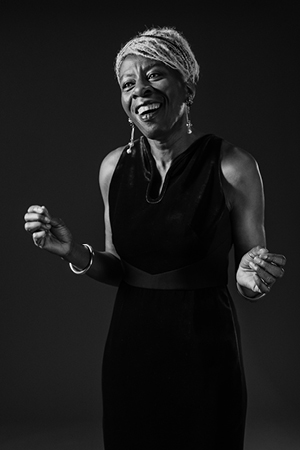 Yet, I'd always had this incredibly strong urge to learn. I'd been particularly passionate about issues around race and identity. These were just coming to the fore in the 80s and studying them helped me to rationalise some of the experiences I had as a child.

The academic world is great for developing your analytical skills. You learn not to take things at face value, but to get beneath the surface and acknowledge that there are a range of realities to what you're seeing, reading, hearing and absorbing.

At university, I loved having conversations that were quite different to those I'd have with friends or colleagues. It opened up a world of ideas and validated having different views.

It was immensely helpful. It meant I developed that bit of my brain that says 'wait a minute, this document is saying this, but actually what does it really mean?"

You just need to be open

"To make the most of studying at a university like Middlesex, you just need to be open – to new ideas, both academic and non-academic, and to people, both students and staff. Don't dismiss them because they appear to have a totally different background or opinion to yours, or talk differently. Have that dialogue. Make the most of all these alternative worlds with which you’re being presented.

I see Middlesex as a kind of microcosm of the world. I get a little choked up when I go to graduation ceremonies. I see this enormously diverse student body and I think 'what a fantastic thing'."