My lecturers were inspiring people. It wasn't just the lessons in law they taught, it was their way of thinking and arguing that really influenced me

He's responsible for uncovering the News International phone-hacking scandal, representing Milly Dowler's family, and ultimately bringing down the News of the World. Media law, libel and privacy lawyer, Mark Lewis remembers Middlesex University in the 80s as a time where he made life-long friends and vital contacts.

"Ubi Jus Ibi Remedium. It means 'Where there is a wrong, there is a remedy'.

"I was introduced to this legal concept during my time at Middlesex University. It caught my imagination then and it's guided me ever since. I believe if there is something wrong, there will always be a way round it – you just have to work it out.

"A number of my lecturers were inspiring people. It wasn't just the lessons in law they taught, it was their way of thinking and arguing that really influenced me. 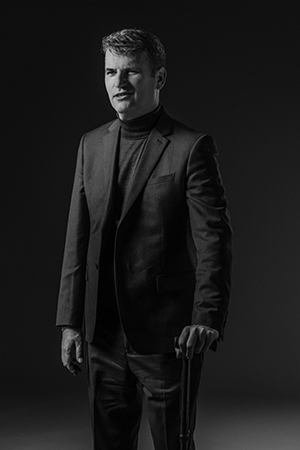 "I instigated the legal case against the News of the World in the phone-hacking scandal. But when I first took the idea to a barrister, they said it was impossible to bring a claim based on the information I had. Instead of taking no for an answer, I thought, 'There's a wrong and I'm going to find the remedy'. If I'd accepted the first bit of advice I was given, the News of the World would be out on Sunday.

"Another proud moment in my career was successfully defending football fan Nigel Short against Sheffield Wednesday Football Club who were suing him for libel. It was one of the cases which led to some libel law reform and ultimately the Defamation Act 2013. A true case of defending the little guy against the big corporation."

I learnt to be more focused

"University is not just about developing academically. You develop as a person. I'm naturally argumentative, so it was a very good discipline for me, and I learnt to be more argumentative and more focused at Middlesex University.

"I had lots of jobs to support myself at a student, including being a waiter in a local family restaurant called Sami’s in Hendon. It's still there, and when I go back they still treat me as one of the family.

"As well as meeting some of my best friends, I also made extremely good contacts. The reason I have my job now is down to people I met at Middlesex. In fact, three of the other partners at Seddons are also Middlesex University alumni."

Middlesex University is a cutting-edge institution

"I'd wanted to be a lawyer since my early teens. Back then I thought lawyers either did criminal work in court or commercial work, like conveyancing and personal injury claims. That's what I'd assumed I'd do, largely because I didn't know there was anything else to set my sights on. But at Middlesex I became aware of different fields of law and found my interest in defamation and privacy issues.

"I first visited my old campus around two years ago. I was being filmed meeting with some of my former lecturers, as part of a documentary being made about me and some treatment I'm having for multiple sclerosis. The campus is incredibly impressive now. Going up stairs is difficult for me because of my MS. Whereas tube stations haven't caught up with making things accessible for disabled people, Middlesex is completely accessible. It's a truly cutting-edge institution."