People are pretty surprised when they find out I'm a martial artist because I'm quite quiet and relatively short.

Technical manager in term-time and world stick fighting champion in his spare time, Barry Harte is full of surprises.

Barry Harte is a familiar face in the School of Science and Technology, having worked at Middlesex University for six years. His amiable nature and dedication to maintaining a high level of technical support in the University’s specialist labs are well known. But not many people know that the softly spoken north Londoner is also the world stick fighting champion and an all-round master of combative arts.

The three times British champion in Filipino stick fighting achieved his ultimate goal in the summer of 2016 when he won a gold medal at the world championships in Hawaii. An impressive achievement, especially considering that he only began training in full-contact stick fighting four years ago.

Harte fell in love with martial arts at an early age, training in karate, judo and other combative sports from around the age of 14. Now in his late forties, he is proficient in many disciplines – he was recently awarded his sixth dan in Jiu-Jitsu and also holds a black belt in Jeet Kune Do. He began researching into Filipino martial arts and decided to try his hand at full-contact kali (stick fighting) for a new challenge. 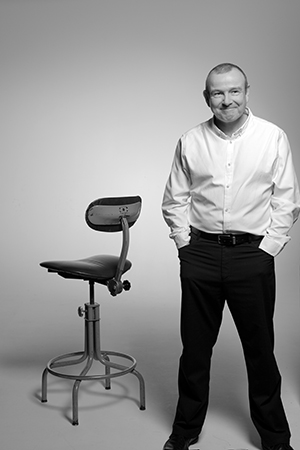 “Even though I've traditionally done the stick in Filipino Kali for many years, I wanted to test myself in full-contact stick fighting in a live environment so I decided to enter into a full-contact tournament,” says Barry.

Harte loves the tradition, discipline and etiquette of martial arts and both trains and teaches at least three times a week. Even more in the run up to a tournament. Barry also captained the British team at the world championships where his quick footwork, endurance and cool demeanour saw him scoop gold in the limited armour padded stick (headgear and gloves only) category in a nail-biting final against the USA’s Henry Caballion. The gruelling-looking contest left him exhausted and bruised but elated.

“Winning gold was really very important for me. It was an amazing feeling and quite emotional,” he says.

What’s his secret? “Hard work, dedication, and regular training, even when you don't feel like training. Also the ability to take criticism and learn from your mistakes,” he says.

Barry believes martial arts are a great activity for all different types of people and that it’s about far more than physical strength and stamina.

“Most martial artists are really down-to-earth and calm, which I think can surprise people. All of the good martial artists I’ve met are really relaxed. In terms of physical attributes it’s about speed and timing. But it's also very technical and not just a physical thing. There’s a huge connection between mind and body in what we do,” he says.

Back to the day job

Despite the thrill he gets from competing in international tournaments, it doesn’t take Barry long to get back into his day job. He gets a different kind of satisfaction from his work at Middlesex.

“Every day is different and it's constantly changing. There are new challenges all the time. Seeing staff and students achieve their goals using state of the art technology keeps me motivated,” he says.

One recent project Barry particularly relished was setting up the innovative new labs in the Ritterman building with his colleague Clifford Sule, Senior Lecturer in Networking, alongside the facility’s project managers, architects, and electricians.

“We wanted to design something exciting, visually appealing, flexible and functional. We created an environment to allow students to experiment with all networking technologies. The facility gives students the ability to build enterprise and wide area networks using top of the range Cisco equipment. They can gain essential hands-on experience that can be used in industry.”

Working at Middlesex has had its advantages for his stick fighting too: the London Institute of Sport supported his training regime in the lead up to the world championships giving him a strength and conditioning coach at lunchtimes.

“My coach Alex Villiere put some programmes together to prepare me for Hawaii which helped me a lot – his expert preparation definitely contributed to my win,” says Barry. “My boss Martin [Loomes – Executive Dean of the Faculty of Science and Technology] has also been incredibly supportive.”

There’s no slowing down for Barry now that he is a world champion, however. “I plan to continue competing as long as I can,” he says. “I'd like to win some more titles: some more British, European and world titles would be great. The stick fighting is only a small part of what I do, I also love the empty hand Jiu-Jitsu and Jeet Kune Do and will continue to teach and train. For me, the martial arts are a lifelong path.”