Middlesex University Senior Research Fellow “delighted and overwhelmed” to be named a Member of the British Empire in the Queen’s Birthday Honours. 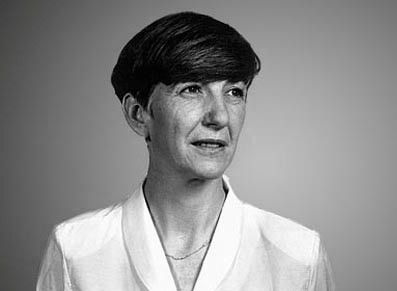 In a career spanning over four decades, acclaimed choreographer and Middlesex University Research Fellow Rosemary Butcher has devised more than 50 works which have been performed in over 40 countries and been heralded as "an icon of the New Dance movement".

Yet despite her vast experience and celebrated creative vision, her capacity to be surprised remains undiminished. So while the announcement recently that she was being recognised with an MBE in the Queen's Birthday Honours it certainly not undeserved, it definitely came as a surprise.

When a letter stamped by the Cabinet Office dropped through her letterbox she initially assumed it was a reference request and was shocked to read that it was in fact an invitation to accept an MBE from the Queen.

"In the world that I'm in there aren't many prizes along the way, but the MBE wasn't one that was even on my horizon," said Rosemary.

"I still don't know who put me forward for the MBE," she said. "But to be recognised in that way is very special and I am both delighted and overwhelmed."

For an artist who has never followed the mainstream and is renowned for pushing boundaries and challenging assumptions, to be recognised by the establishment in this way demonstrates a formidable achievement, but Rosemary is adamant that it won't affect her approach.

"If all your life you are pushing yourself to move on and never accepting that you have 'arrived', which I think I have, then I don't think that is ever going to change," she said.

"And I don't think it will alter the nature of the people who do or don't respond to the nature of my work, as I work in the more experimental side of the art form and I'm not particularly conventional, although I went through conventional beginnings."

Like many dancers and choreographers, Rosemary's career began in the ballet tradition, but her approach to dance began to shift in the early 1970s when she moved to the US and spent time working with the Martha Graham and the Cunningham Schools in New York.

She also found herself profoundly influenced by the Judson Church movement but took inspiration from other art forms too, particularly the crossover between film, music and the visual arts that was taking place in New York at that time.

"In those early years at the age of 21 or 22, I was exposed to this cross-cultural artistic world, and at the time I didn't realise it but I inherited certainly a very strong visual presence and a sense of the influence that I felt visual art had upon my ideas of creativity.

"It was very personal and totally ideologically removed from the dance hierarchy. It was very much about a creative artist working with the body in their own individual way, so visual art has been a huge influence upon me as it has grown and changed."

Returning to the UK, Rosemary's association with Middlesex began in 1975 as a teacher in the Dance Department. Then, in 2004 she returned to the University as a Senior Research Fellow, working closely with Professor Susan Melrose.

Together they have published a number of works, and the pair are currently in discussions with a publisher regarding a book about Rosemary's choreographic piece After Kaprow, written with fellow Middlesex Performing Arts lecturer Stefanie Sachsenmaier.

The 2012 performance was a reinterpretation and recontextualisation of Alan Kaprow's 18 Happenings in 6 Parts, which saw Rosemary continue her aesthetic trajectory through emphasis on "the situation of bodies and their intensive, intrinsic movement qualities in site-specific contexts".

This experimental approach to dance has been the subject of criticism from proponents of more conventional, traditional forms of dance, though Rosemary isn't particularly concerned by this.

"Art has to move on," she explained. "I'm not particularly interested in accessibility. Staying easy isn't going to move anything and I think that you get the best work out of pushing people to experiment, really."

Working at a university is the perfect environment for this, and Rosemary believes that teaching students and pushing them to experiment has provided her with the energy to stay motivated and continue developing her work.

"It is very important for me to keep teaching in order to redefine what I'm doing," she said. "Teaching has had a profound influence on me and has always worked side-by-side with the choreography."

So what else is the MBE working on at the moment? A book examining some of her more recent performances is in the pipeline, and she is also hoping to have further input into the creation of films of her works.

A large project she refers to as a "future retrospective" is also in development. This will look back at her work, reviewing, revisiting and redefining into new performances some of the concepts she has explored over the last 30 or 40 years

"It will include two new works, reset, in a way, with two old works, as well as a gallery exhibition and some performances," she revealed.

"There is a lot of money to be raised and I'm just at the beginning of it, but I began last year and had research and development funding from the Arts Council so I'm now in the second phase."

Raising the required funds could pose a challenge, but surely not for a Member of the British Empire.

You can read more about Rosemary Butcher's work on her website at www.rosemarybutcher.com.