A report by two Middlesex University academics has revealed alarming gaps in knowledge of the prevalence, effects and how best to prevent child sexual abuse in the family environment. 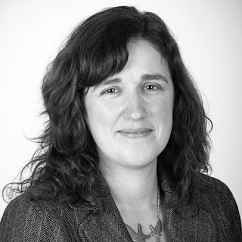 It's a Lonely Journey

The report, 'It's a lonely journey: A Rapid Evidence Assessment on Intrafamilial Child Sexual Abuse', is based on an examination of 57,226 research studies into child sexual abuse and was commissioned by the Office of the Children's Commissioner, and conducted by Middlesex University's Dr Miranda Horvath and Professor Julia Davidson.

Dr Horvath and Professor Davidson found glaring omissions in what is known about child sexual abuse in family environments. This includes an almost complete lack of research directly looking into children and young people's experiences of what would help to prevent it or to support those who have been abused.

The report highlights a particular lack of knowledge about the experiences of disabled children and those from minority ethnic groups. It also finds that most services to support people who have experienced child sexual abuse within a family context are targeted at adults rather than children.

Worryingly, little is known about the prevalence of long-term psychological and physical harm caused by sexual abuse in family environments and almost nothing about the economic cost this places on society.

The Office of the Children's Commissioner's two-year national inquiry into 'Child Sexual Abuse In The Family Environment' will seek to determine how widespread it is, what must be done to support the victims and how it can best be prevented.

The Inquiry will investigate children's experiences of this type of sexual abuse and make recommendations on how services should respond. It will examine evidence of what works well to prevent it from occurring, as well as how children who have experienced it should be helped. The forced marriage of children will fall within the scope of the Inquiry, as this invariably leads to child sexual abuse.

Dr Miranda Horvath, Deputy Director of Forensic Psychological Services at Middlesex University and report co-author, said: "Child victim-survivors' voices and first-hand experiences were absent from the vast majority of the research we reviewed for this rapid evidence assessment.

"It is imperative that future research and the work of the Inquiry brings these to the fore using ethical but innovative methods, with the wellbeing of the child at the centre. At the same time, we need to know more about programmes that are focused on preventing family-based child sexual abuse before it occurs, in order to take a preventative rather than a reactive approach."

Professor Julia Davidson, Director of Research in the Department of Criminology and Sociology at Middlesex University and report co-author, said: "A great deal of research has been conducted in the child sexual abuse area  but there is a lack of  research that sheds light on intrafamilial sexual abuse, and particularly abuse that is perpetrated within the family environment.

"The recent Yewtree Report demonstrated that children find it very difficult to report abuse and this is exacerbated in the family context. It is clear from this research that when children do report abuse it is highly unlikely that the case will proceed to court and result in a conviction. There is an urgent need to ensure that more research is conducted that focuses specifically upon the child's experience and that this is taken account of , and acted upon, both in policy and practice with child victims."

Maggie Atkinson, Children's Commissioner for England, said: "Society is rightly horrified by child sexual abuse. Most of our children are raised in secure loving homes, but I am sure very many of us will be disturbed by how much abuse within the family environment goes unreported and how little is done to support the children who suffer.

"As adults we are morally and socially obliged to protect children from harm. As Children's Commissioner, I also have a legal responsibility to promote their right to protection. That is why I am using my legislative powers to launch a two-year inquiry into the sexual abuse of children and young people within the family environment."

Sue Berelowitz, Deputy Children's Commissioner for England and Chair of the Inquiry, said: "Some studies suggest as many as one in twenty children and young people experience sexual abuse, the majority of it perpetrated by people within the family or family circle. We know that at any one time, around 43,000 children have child protection plans, only around five per cent of whom are on a plan for sexual abuse. These figures do not add up. We believe substantial numbers of children are falling through the net because this abuse is not being recognised.

"The rapid evidence assessment we commissioned reveals alarming gaps in our knowledge about the prevalence of abuse, and what works both to prevent it and to support children who have been abused. Our national Inquiry will seek to fill these gaps and ensure children are better protected from this appalling and deeply traumatising abuse."

Professor Julia Davidson is Director of Research in the Department of Criminology and Sociology and Co-Director of the Centre for Abuse and Trauma Studies at Middlesex University.

You can read the report in the Middlesex University Research Repository.