Fifth Column: Collaborating with the audience

As Assistant Director of CoLab, BA Theatre Arts graduate Daniel Thompson is at the forefront of the immersive theatre movement. The company’s first production, a spy thriller called Fifth Column, opened on 18 September. 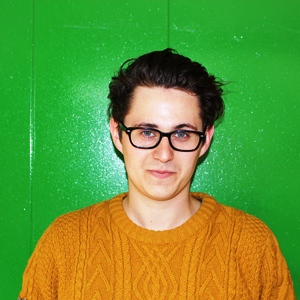 Just two months after receiving his degree, BA Theatre Arts graduate Daniel Thompson, already finds himself immersed in the immersive – and he is loving every moment of it.

After a summer spent volunteering as the stage manager for Rift's acclaimed overnight production of Macbeth, 21-year-old Daniel landed himself the permanent job of Assistant Director at a new theatre company called CoLab.

For his first assignment Daniel has worked on Fifth Column, a spy thriller written by CoLab founder and director Bertie Watkins which sees audiences running around London attempting to uncover a government conspiracy.

In a complete departure from traditional theatre, Fifth Column audiences will use augmented reality software on their smartphones to navigate London, locating clues and dead drops while the actors they work for keep them on-task and the narrative fast-paced.

"I have only been out of uni a few months but I'm already working on a show like this which is so exciting," says Daniel. "It's giving me the chance to grow and develop even further as an artist and that is a great environment to be in."

With so much of Fifth Column relying on audience engagement, logistics are one of the biggest challenges and in his role as Assistant Director Daniel has worked closely to make sure it all runs smoothly.

"A lot of the show involves audiences taking agency over the work, so we have to look at how they can make the most of it, how they can have a safe and fun time while really enjoying the piece," Daniel explains.

It has been a steep learning curve for Daniel, but he feels that studying the wide range of subjects covered by his Theatre Arts degree left him well equipped to take on anything the show could throw at him.

"The degree definitely prepared me to go straight into work," he said. "Particularly with a Theatre Arts degree, you're constantly making theatre for three years – doing all aspects of it including design, production, direction and performing – so you get a real sense of how theatre is made."

With many nights of Fifth Column's first run already sold out, CoLab are now planning their next productions – including one called Prison which puts the audience behind bars for the duration of the show and another which explores what it means to be homeless.

For Daniel, this is only the beginning of his career and he is determined to continue pursuing the profession he is passionate about.

"I see myself working at CoLab for the foreseeable future," he adds. "One of the most important things about your future in the industry is finding a company you feel safe to work in and I really find that with CoLab."