Students need to engage with technical industry standards if they are to succeed in their careers, according to a new report by Middlesex and Loughborough Universities. 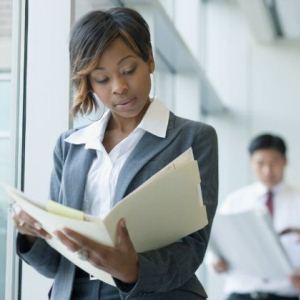 Understanding the criteria set by organisations like the International Standards Organisation (ISO) and the British Standards Institution (BSI) is crucial for new graduates' career prospects, the study concludes.

This engagement was also found to be fundamental in maintaining the quality of work within a company.

The study, commissioned by the BSI, sought to clarify the current range and scope of teaching about standards and standardisation.

It also aimed to identify examples of good practice where standards have been integrated into higher and further education teaching.

Middlesex University's Gill Whitney who worked on the project said: "The research team was pleased by the good examples we found where academics used the teaching of standards to increase the employability of students, but a lot more could be done".

The research has led to the creation of a number of recommendations for the BSI, to help it to provide a better service to the fields of Higher and Further Education, and to enable more academics and students to become involved in the standardisation field.

BSI Education Development Manger Newell Hampson-Jones said:  "Middlesex and Loughborough Universities collaborated, together with the BSI, to produce strong research demonstrating a growing need for universities to educate students about standards and standardisation. Employers want standards taught and students value education about standardisation; so it makes excellent sense to address the needs of both.

"The knowledge contained in standards documents is not only used by industry, but produced by industry experts. Offering students the opportunity to learn about standardisation gives them access to knowledge that makes them instantly more employable in the workplace, and puts them in a really strong position on graduation."

A recent BBC report found that three-quarters of British businesses believe a significant skills crisis will hit the UK within the next three years. A lack of knowledge of professional standards is likely to be part of this skills gap.

The research team was made up of Gill Whitney, Suzette Keith, Nallini Selvaraj from Middlesex University and Martin Maguire and Colette Nicolle from Loughborough University.