Invictus Games: ‘The most moving experience in my whole career’

Working at the Invictus Games is just the latest achievement in a long career as a physiotherapist, but the opportunity to treat injured service men and women was the proudest moment for Clare Deary, Associate Professor of Sports Rehabilitation and Sports Physiotherapy. 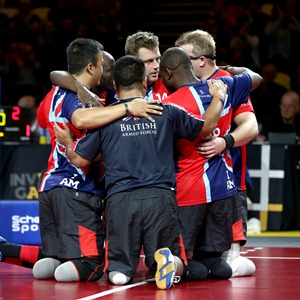 Associate Professor Clare Deary says working as a physiotherapist at the Invictus Games was the most moving moment in her whole career and she would jump at the opportunity to do it again.

Having joined the London Sport Institute at Middlesex University in September after ten years teaching physiotherapy at the University of Brighton, Clare was delighted to be invited to work at the competition.

Organised by Prince Harry, the first-ever Invictus Games ran from 10 to 14 September and highlighted both the sacrifices made by members of the armed forces and the important role sport plays in rehabilitation, with more than 400 competitors from 13 nations taking part.

The daughter of an RAF physiotherapist, Clare has always had an affinity with the armed forces, having grown up at Defence Medical Rehabilitation Centre Headley Court where her father was Head Physio.

During her own career, she has spent 14 years working in Rugby Union and the last four at the English Institute of Sport, looking after a number of British Triathlon's elite triathletes. She also works for British Paratriathlon and counts former World Champion Faye McLelland as a client. 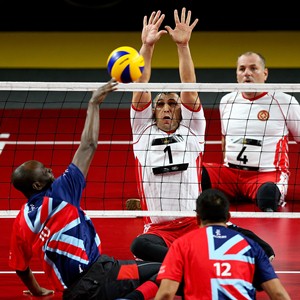 At the Invictus Games, Clare was assigned to the medical team for the whole event, treating competitors from all nations both during the games and at evening clinics in the teams' hotels.

"I am used to dealing with people who are healthy but injured through sport, or can't quite get their performance right, whereas these athletes were on a whole different spectrum. I was completely in awe of them," said Clare.

"As far as I'm concerned, a physio's job is to get people to achieve the maximum that they can physically achieve individually. These people were going for it every day, there was no question of them not trying or not achieving everything they could personally, so they were a physio's dream really."

However, the reality of the situation behind the games was not lost on Clare.

"Then I realised how sad it was that the reason we had such a large squad is because of the sheer number of injured service men and women we have in this country. It was a sobering thought."