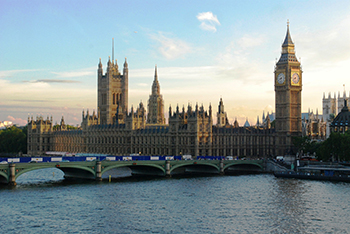 In the week that the Chancellor announced his Autumn Statement, leading figures from different sides of the political spectrum and the media came together at the House of Commons on 2 December to debate the role of politicians and the media in manufacturing stereotypes of benefit claimants.

The Business School's Dr Daguerre, who co-authored the report 'Workfare in 21st century Britain', said: "A political choice has been made to protect spending on pensions and health care, leaving little room for manoeuvre when trying to squeeze out savings from a tiny budget, that is, benefits on working age claimants.

"In this context, eroding public support for benefit claimants has become a political necessity for the coalition government."

Steve Baker and John Redwood said that they both opposed demonising welfare claimants, and Mr Baker added that the recession had forced the Conservatives to stop its early intervention programmes aimed at helping people turn their lives around. However, Polly Toynbee countered that she could "not recall seeing any government launching such mean attacks on people on benefits".

Commenting on the media's role in the hostile environment surrounding benefits, Richard McKerrow claimed the media storm about 'Benefits Street' was created by "the written press or social media, and by people who had not seen the series".

Following the debate, the packed audience, comprising NGO representatives, practitioners, academics and students, was given a chance to question the panel.

A member from anti-poverty organisation ADT Fourth World remarked that "a lot of people from the media or politics who talk about poverty are middle class and do not come from a working class background, which encourages stereotyping of people on benefits", while an academic pondered why social scientists "are so rarely asked by television to talk about their research".

Debate Chair Claire Fox, the Director of the Institute of Ideas, drew the meeting to a close – praising both the panel and the audience for the quality of the discussion.