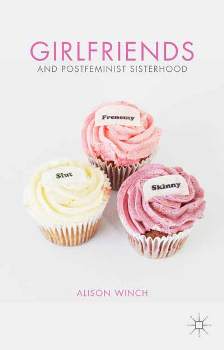 Books by two Middlesex University lecturers have been named among the best academic publications of 2014 by the prestigious American journal Choice.

Published in January ever year, the list is compiled by Choice's subject editors and plays a major role in informing which books academic libraries put on their shelves – particularly in the United States. The 2014 list features 690 titles across 54 disciplines and subjects.

Dr Josephine Machon, Senior Research Fellow and Course Leader of the MA Theatre Arts degree at Middlesex, was drawn to the immersive form during her research for her first book (Syn)aesthetics. This included an examination of the work of Punchdrunk who are renowned as pioneers of immersive practice. 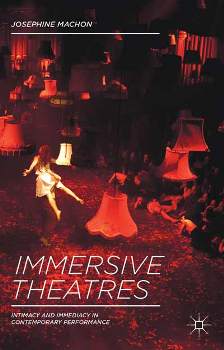 Published in 2013, Immersive Theatres: Intimacy and Immediacy in Contemporary Performance is Josephine's second book and the first book to chart the rise of the phenomenon and survey theories and practices surrounding it.

"Immersive theatres respect the audience above and beyond the ways in which traditional theatre does. The audience is conceptually and physically at the heart of the work," Josephine explains.

"A lot of our students really love immersive experiences, the challenges and delights they offer. Many emulate the form in their own practice. I hope my research gives access to the work, helping students to analyse it in depth and appreciate it more."

For cultural studies lecturer Dr Alison Winch, Girlfriends and Postfeminist Sisterhood developed out of her research into the objectification and sexualisation of women in contemporary television and film.

Published to critical acclaim in 2013, the book explores the ways in which female friendships are becoming increasingly strategic – with 'slut-shamers', 'frenemies' and 'bridezillas' bonding over the analysis of each other's body image through what Alison terms the 'girlfriend gaze'.

"A lot of people talk about the 'male gaze' in TV or film and how it objectifies and sexualises women," explains Alison. "But the media that I was watching represented female friendship and female networks, like Sex and the City or Some Girls.

"The 'girlfriend gaze' is different from the male gaze because the female body circulates between women where it is scrutinised – but it is kind of done in an empowering or entrepreneurial way. It is like the traditional objectification through the male gaze, but with a new twist to it."

Both books are published by Palgrave Macmillan.

The School of Media and Performing Arts received excellent results at the recent Research Excellence Framework, with all of our research in the creative disciplines ranked in the top 20 in the UK.