University guide shows Middlesex students are more satisfied than ever

Middlesex University improves in seven out of eight categories, including satisfaction with course, in the latest Guardian University Guide 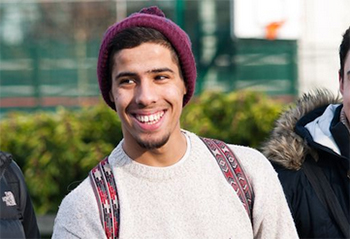 The Guardian has published its 2016 University Guide, with Middlesex University improving in seven out of categories.

Satisfaction with course, teaching and feedback were among the measures in which the University has improved on last year. Middlesex's student-to-staff ratio, spend per student, career prospects and value-added score (which measures how much students' academic results improve during their time at university) are also on the up.

Commenting on the figures, Middlesex University's Deputy Vice-Chancellor Academic Professor Waqar Ahmad said: "I am delighted to see a further rise in the Guardian league table, with its particular focus on student experience and teaching.

"It is testament to the collective talent and hard work of our staff, which has enabled us to continue to rise across the board in league table rankings."

Overall, Middlesex has risen five places to 81,making it the second best performing modern university in London. A number of the University's subjects also saw an improvement in their ranking this year, including Sports Science, which jumped 40 places to 12, and Accounting and Finance, which rose 27 places to rank 36.