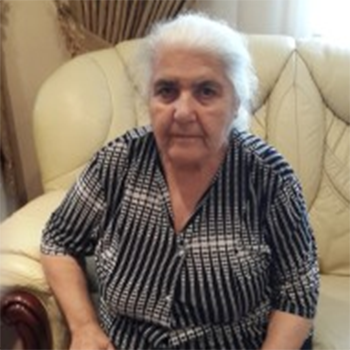 In a landmark judgment, the European Court has found that Azerbaijan violated the human rights of an Armenian refugee and his family during the Nagorno-Karabakh conflict.

The Sargsyan family, which was forced to flee Gulistan village in 1992 following heavy bombing, was represented in the case by Professor Philip Leach, Director of the European Human Rights Advocacy Centre (EHRAC) based at Middlesex University.

The Court ruled that the family's inability to return to the village or to be compensated for the loss of their land and property breached both their property rights (Article 1 of Protocol 1 of the European Convention on Human Rights) and their right to respect for their family life and home (Article 8).

Additionally, the family's inability to visit their relatives' graves in the village breached Article 8, while the State had also failed to create a mechanism which would allow the Sargsyan family to have their property rights restored (Article 13).

"Over a million people, both Armenian and Azerbaijani, have been displaced by the conflict, and these judgments are significant in establishing that the two governments must take action to secure the rights of internally displaced people and refugees," Professor Leach said.

"After 27 years of conflict, the Court is sending a resounding message that it's time for the hostile rhetoric to stop and for the rights of the civilian victims of the conflict to be actively upheld."

As a result of this and a similar ruling in the parallel case of Chiragov v Armenia, the Court has called on the Azerbaijani government to establish a property claims mechanism which would allow displaced persons to have their property rights restored and to obtain compensation for the loss of enjoyment of those rights.

Azerbaijan's human rights record is under considerable scrutiny at the moment, with the capital Baku currently playing host to the 2015 European Games.