Baroness Young of Hornsey given honorary degree by Middlesex University

Leading figure in the cultural and creative industries, equalities and social justice Baroness Lola Young has been awarded an honorary degree by her former university. 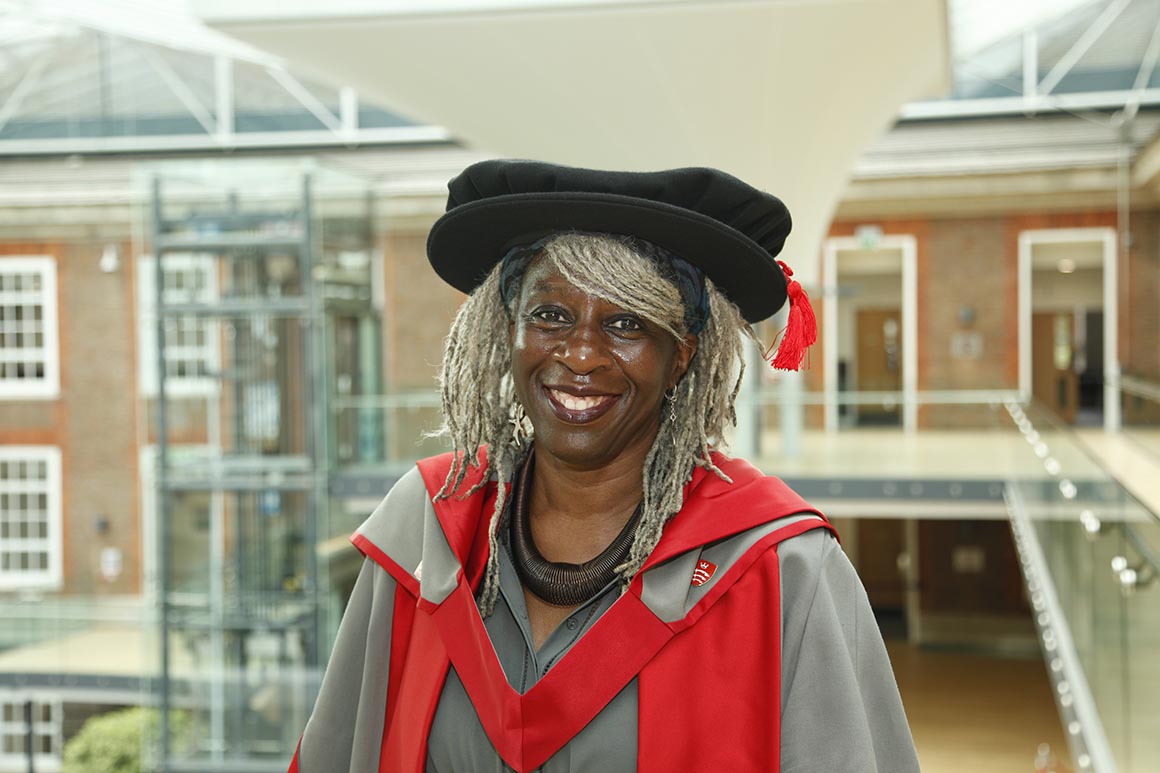 She has recently chaired a task group, which produced a well-received influential report, the Young Review. The report's conclusions make recommendations that seek to improve outcomes for young black and Muslim male offenders.

Born in London, her track record in the arts has seen her take positions on the boards of several national cultural organisations including the South Bank Centre, the Royal National Theatre, the Royal Commission on Historical Manuscripts and The National Archives.  A former Head of Culture at the Greater London Authority, she is currently on the Board of Somerset House and a Commissioner at Historic England.

She was presented with the award at the University's graduation ceremony on Friday 17 July.

Baroness Young said: "This is a huge honour for me. I have fond memories of my time at Middlesex as a student and a member of staff.  I know that many former students have a high regard for the way in which the institution embraced widening access and inclusivity and I'm pleased to have been a part of that.'

Middlesex University Vice-Chancellor Professor Tim Blackman said: "It is a thrill to see a former graduate and member of our staff become so well respected and make such a difference to the world.  Baroness Young's campaigning and passion across a wide range of issues, from sexual violence in conflict zones to criminalising contemporary forms of enslavement, has seen policy changes implemented for the better.

"We are extremely proud to have worked so closely with Baroness Young and delighted to have welcomed her back and present her with this award."