Professors Pech, Leach and Schabas all involved in cases where judgment was delivered at the European Court of Human Rights

School of Law professors Laurent Pech, Philip Leach and William Schabas have all been involved in cases that were decided by the European Court of Human Rights (ECtHR) in the past week.

On 15 October, in the case of Perinçek v. Switzerland, the Grand Chamber of the ECtHR, by ten votes to seven, held that the Turkish politician's right to free speech had been violated.

In what was described as a "landmark free speech ruling", it was the Court's view that Perinçek should not have been prosecuted by Switzerland for stating in a series of press conferences that the massacres of Armenians in the Ottoman Empire in 1915 had not amounted to genocide within the meaning of that term under international law.

In its judgment, the ECtHR said: "The Swiss courts appeared to have censured Mr Perinçek simply for voicing an opinion that diverged from the established ones in Switzerland."

On the same day, Professor Leach (pictured left), Director of the European Human Rights Advocacy Centre (EHRAC) based on campus, learnt that his client Taisa Abakarova must be paid €300,000 in compensation by the Russian government after it found a violation of both articles 2 and 13 of the European Convention on Human Rights. 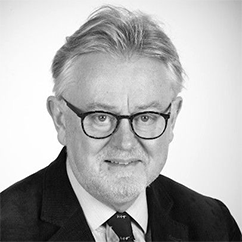 Five members of Ms Abakarova's family were killed when the village of Katyr-Yurt in Chechnya was attacked by Russian forces in February 2000. Joanna Evans and Jessica Gavron, both Legal Directors at EHRAC and qualified barristers, formed part of the legal team who represented the applicant in these proceedings.

In the final of three cases involving Middlesex professors, the Grand Chamber ruled by the closest of majorities, nine votes to eight, that Vytautas Vasiliauskas' conviction of genocide by Lithuania had not been justified, as it was based upon legal provisions that had not been in force when the crime was committed in 1953.

The majority based its ruling on the definition of genocide in the 1948 Convention, which does not include political groups, although a Resolution of the United Nations General Assembly adopted two years earlier had. William Schabas (pictured bottom right), Professor of International Law at Middlesex, was counsel to Lithuania in the case.