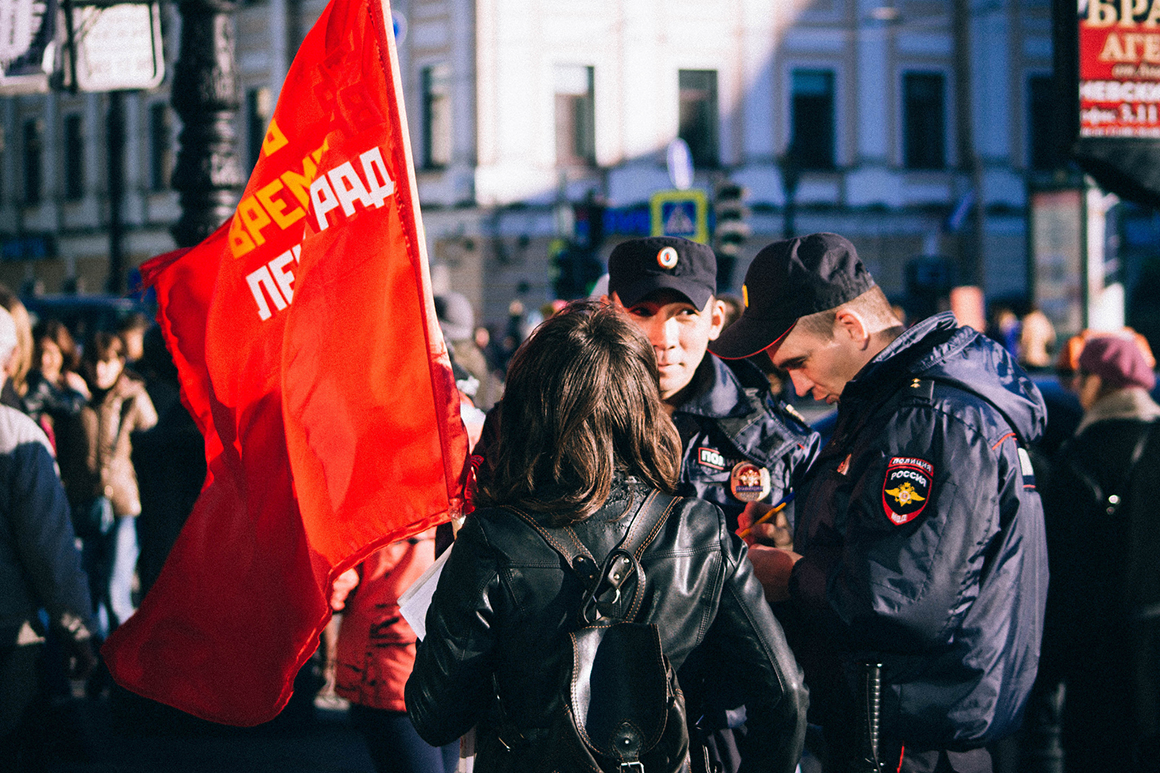 "Am I ready to be arrested? I understand it's a possibility, but I'm trying to do as much as I can before that happens. Quitting would be a betrayal of my friends who've been imprisoned."

The words of one of Baku's only practising human rights lawyers – only a handful dare to take such cases – are a sobering reminder to Middlesex University's LLB and LLM students that the freedoms they enjoy as UK-based students are not universal.

Having avoided a possible travel ban to get to London, the Azerbaijani lawyer has been joined as a guest lecturer for a special session of the School of Law's 'International Human Rights' module by Stefania Kulaeva, Head of the Russian human rights NGO Anti-Discrimination Centre Memorial (ADC Memorial).

Stefania too has plenty of harsh realities to share with the students about life in Russia. Tales of discrimination against women, Muslims, Roma and the LGBT community, in addition to new laws that have severely restricted the vital work of NGOs including ADC Memorial – which used to be based in St Petersburg but had to relocate abroad as a result of the repressive 2012 'foreign agents' law – are in stark contrast to the experiences of LLB student Uchenna Akurunwa.

"The way we enjoy human rights here is not the same as the way people do in Azerbaijan and Russia," she says. "And obviously the way lawyers enjoy the right to practice well is not going to be the same."

This is certainly true of Azerbaijan, which has around twice the number of political prisoners as Russia (80 as of May 2015) – among them human rights defenders, politicians, social media activists and others who have spoken out against President Ilham Aliyev and his government.

"Seeing someone like him who keeps fighting and doesn't give up ... brings encouragement to me" - Uchenna Akurunwa, LLB student

"After all this, we're still a member of the Council of Europe," the Baku-based lawyer says resignedly. Recalling a joke shared among his peers, he describes the fight for human rights in Azerbaijan as like watching a film where a climber is trying to reach the top of a mountain. "You've seen the film many times before and you know he's not going to reach the top, but each time you watch it you think maybe this time he'll make it," he says with a rueful smile.

Some of the details are scarcely believable. Travel bans imposed on activists arriving at airports; cameras allegedly installed by the government in a female journalist's bedroom; fewer than 800 lawyers representing a population of 9.5 million. In contrast to this 1:12,000 ratio, England and Wales combined have around 130,000 practising solicitors representing just over 56 million people – approximately one lawyer for every 430 citizens.

The picture painted about the situation in Russia by Stefania is no rosier. Roma fleeing the fighting in Ukraine described as "just gypsies", pregnant migrants detained, peaceful demonstration outlawed and women banned from certain professions for 'health reasons'. "It's important to know, to be aware of what is happening," she says.

All of this leaves a lasting impression on our students. "I'm speechless," says LLB second year Hilda Sesay. "The drive has kicked in more now because even though the lawyer from Azerbaijan has friends who have been imprisoned he still wants to keep going. I think it just shows that with human rights you really have to have a passion for it – you really have to be in it for trying to change the world. It was really good Middlesex set up this opportunity."

Uchenna is equally inspired: "At first I was really discouraged but seeing someone like him who keeps fighting and doesn't give up – he has been disbarred three times and he's risking himself by being here – it brings encouragement back to me that he's still fighting to make a way for people like him to keep doing the work that they are supposed to do and protect human rights for people in Azerbaijan."