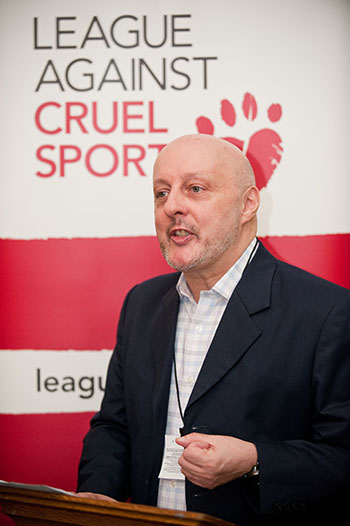 Research by Dr Simon Harding and Dr Angus Nurse from Middlesex University on behalf of the League Against Cruel Sports (LACS) has revealed the scale of illegal dog fighting in the UK.

Having spoken to a range of people, including those involved in dog fighting, in order to examine the practices, motivations and extent of dog fighting in the UK, they estimate that at least one dog fight takes place in the country every day despite the 'sport' having been banned in 1835.

'Betrayal of Trust: The Tragedy of Dog Fighting', which was launched at the Houses of Parliament yesterday (8 December) by Roger Godsiff MP, also confirms that there are three distinct levels of dog fighting in the UK: 'Street Rolls' (impromptu fights in parks and housing estates); Hobbyist (series of fights in abandoned buildings often involving gambling); and Professional (fights with rules, referees and spectators, and hundreds of thousands of pounds wagered on highly trained dogs).

A strong link was also found between those involved in dog fighting and other forms of crime, including robbery, drug offences and threats.

"Dog fighting is a cruel and violent practice which has no place in 21st century Britain," commented Dr Harding (pictured right), whose previous research has focused on the use of dangerous dogs by inner city gang members as status symbols.

"Offenders take ordinary animals and manipulate and exploit them for profit and reputational gain. It is a serious concern that this activity, outlawed 180 years ago, remains, and in some communities, thrives even today. We should all work together to eradicate this practice once and for all."

The report makes a number of recommendations for tackling the problem, including that the penalty for dog fighting should be brought in line with similar legislation in other European countries. Currently the maximum sentence for animal fighting in the UK is 51 weeks, compared with three years in Germany.

Tom Quinn, LACS Campaigns Director, said: "We are recommending measures that could help make the law on dog fighting more enforceable, including the mandatory recording of dog fighting offences and strengthening penalties to bring them into line with other European countries."