Panel featuring Middlesex academics Joanna Adler and Miranda Horvath reports to the Department for Culture, Media and Sport on the measures needed to address children’s access to internet pornography 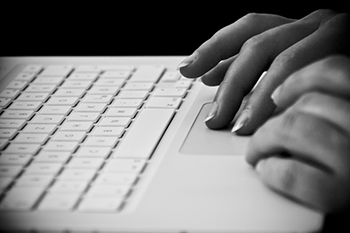 A panel of experts including Professor Joanna R Adler and Dr Miranda A H Horvath of Middlesex University’s Forensic Psychological Services has recommended a range of potential measures that could be introduced to protect children from pornography.

The report, commissioned by the Department for Culture, Media and Sport, reveals that many children in the UK are viewing explicit sexual images using internet-connected devices, and filtering services to stop them doing so are limited.

Published today (16 February) alongside a new government consultation that sets out potential strategies to reduce such exposure, it makes a number of suggestions for tackling the problem, including bringing the responsibilities of commercial online pornographers into line with those in the offline world. It also explores ways in which pornography could be addressed at school, including educating children on the difference between real-life relationships and the fictions portrayed in adult films.

As well as looking at access to pornographic films, the panel of experts highlighted the difficulty of policing encrypted messaging services such as WhatsApp, which increasingly are being used by children to share ‘self-generated’ sexual images in a practice known as ‘sexting’.

Commenting on the findings, Professor Adler said that striking the right balance is challenging: “We should encourage responsible behaviour by the industry to try to set up reliable routes to age verification and we need to have meaningful education to help young people properly discuss sex and relationships.

“However, we need also to respect young people’s choices and development, and should be wary of over-blocking.”

Middlesex has developed a strong reputation in the field of child protection, with Professor of Criminology Julia Davidson and Dr Horvath previously commissioned by the Office of the Children’s Commissioner (OCC) to report on how best to prevent child sexual abuse in the family environment and the FPS and Centre for Abuse and Trauma Studies asked to report on the impact of viewing pornography on young people for the National Society for the Prevention of Cruelty to Children and the OCC.