Middlesex University graduate Greg Haworth has impressed the judges of an international animated film festival, taking out the jury award for his final-year film. 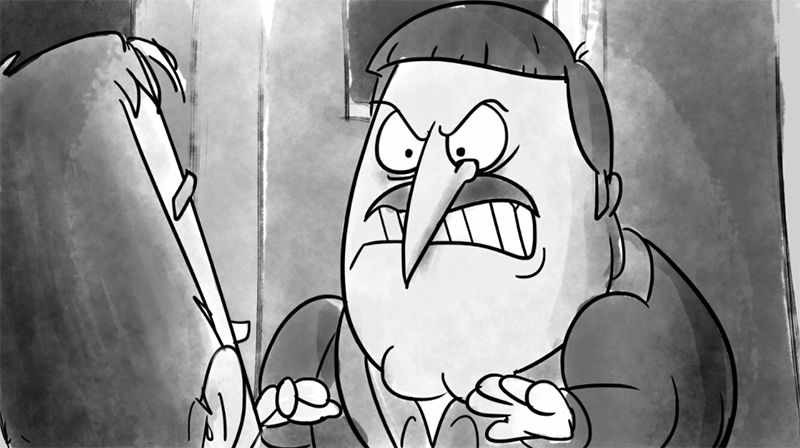 Greg, who graduated with a BA Animation in 2015, was selected for the Nevermore Jury Award for Best Animation Short by the judges of the Nevermore Film Festival 2016, a US genre film festival now in its 18th year.

His winning film, She’s Mine, was created as Greg’s final year degree project. The music for the short was composed and produced by BA Popular Music student Michael Barker.

She's Mine tells the story of a stalker who tries to murder the object of his obsession – and is comically foiled in his attempts.

“I had the idea for the film during my second year,” says Greg. “I was watching a generic horror/thriller where the killer hid in a woman’s house and waited for her to come home late at night. I thought it could be a morbidly funny scenario if two separate dimwit killers showed up on the same day.

“This is only the second festival the film has been shown in, and the first one overseas. It’s a bit surreal to think people thousands of miles away are enjoying something I made and deeming it ‘award-worthy’.”

The Nevermore Film Festival shows horror, science fiction, mystery, thriller and action-adventure films. In 2016, the competition received 1275 submissions from around the world – of which 11 features and 41 shorts were selected to be screened.

Since graduating, Greg has worked on freelance projects – including a fun take on a health and safety film for Middlesex University – and is now working as a junior animator at an advertising firm in central London.

Watch an excerpt of ‘She’s Mine’