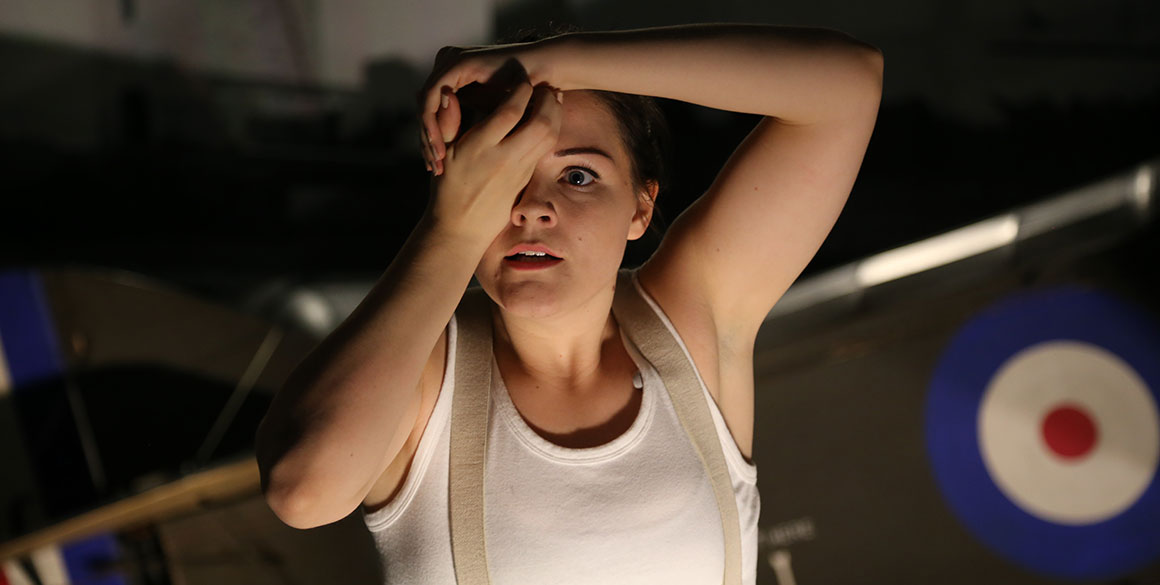 Performing Arts students from Middlesex University are entertaining visitors to RAF Museum London from April to November, as part of the museum’s First World War in the Air exhibition.

Students on the BA Music and BA Dance Studies degrees put on a series of concerts and performances at the popular tourist attraction as part of the Unwinding exhibition.

First up was The Unwinding Concert Party with performances from The Blast! Ensemble – an experimental collaboration between second year Music students and Foundation Art and Design pupils from Barnet and Southgate College pupils.

Together the students played a concert with instruments inspired by the wartime era made from recycled and found materials.

“Undeniably, creating work at the RAF has been a challenge, but a very eye-opening and valuable experience,” said BA Dance Studies student Philly Rule.

“It is not only pushing myself as a choreographer, but making me more aware of how my work can relate to and make an impression in those who would not normally attend dance performances,” she added.

As part of the third year of their degree Dance students have also been working with pupils from The Orion Primary School, teaching and supporting the children to develop their own performance at the Museum.

The events are the latest in the ongoing partnership between Middlesex University’s Department of Performing Arts and the nearby RAF Museum London.

Clare Paul, First World War Education Officer at RAF Museum London, said: “We are also looking to attract new audiences and [music and] dance performances offer us an exciting way to reach out to visitors who might not usually choose to visit the Museum.”

The programme of events is supported by BAE Systems and the Heritage Lottery Fund.