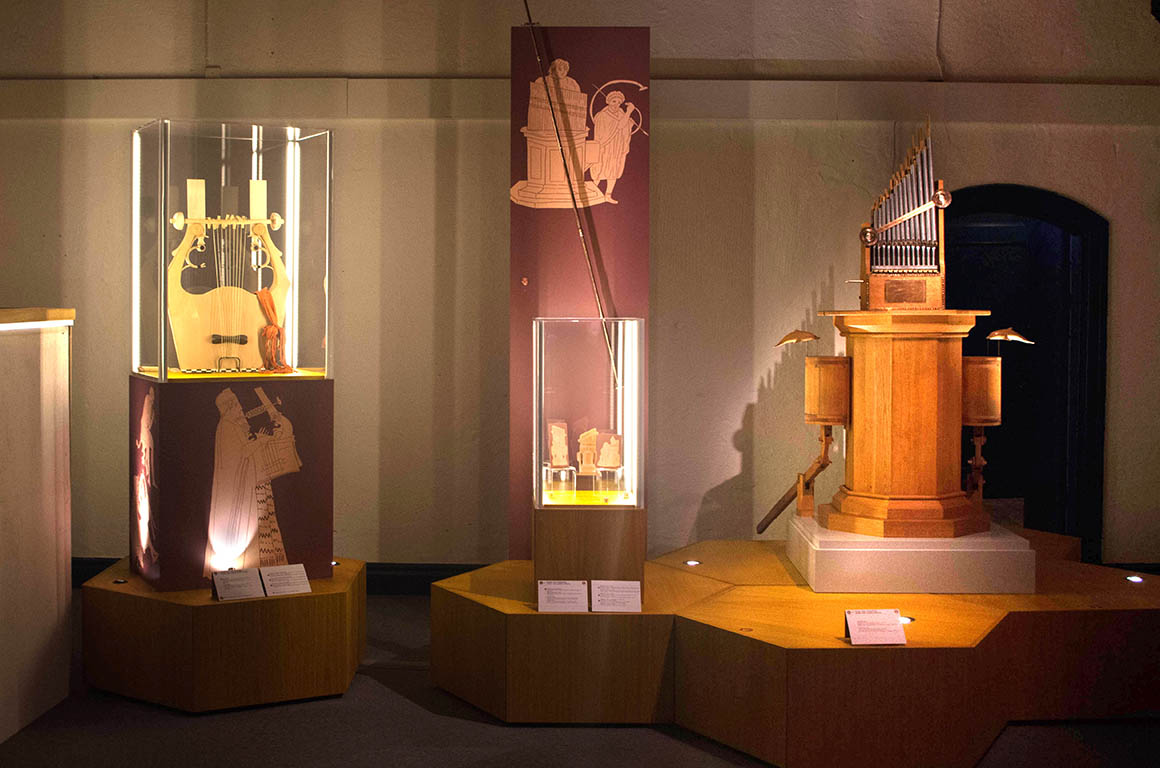 Middlesex is a key partner in the European Music Archaeology Project (EMAP) which received a four million euro grant from the EU to research, design and manufacture musical instruments from ancient European civilisations.

The Project recently opened an exhibition in Ystad, Sweden and many of the exhibits displayed originate from Middlesex.

The university’s Designer in Residence, Dr Peter Holmes, has been the coordinator of the Ancient Brass Project.

“Technically, we have histories from Ancient Greek times but this is the first exhibition of any scale which is exclusively dedicated to the musical instruments of ancient Europe” said Dr Holmes.

EMAP’s main objective is to make use of both ancient and modern technologies to recreate and perform on the musical instruments of ancient European civilisations. The project aims to highlight the links that existed between peoples of Europe in ancient times.

It will be a journey through time and space, from the Upper Palaeolithic period (around 40,000 years BC) through to the classical civilisations of the Mediterranean area, Central and Northern Europe to the Middle Ages when it is believed that the history of music began.

“This exhibition not only tells the story of ancient Europe's music but provides the opportunity for visitors to touch objects which would normally be closeted behind glass and, in many cases to pick them up and blow, hit or twang them,” added Dr Holmes.

“All the instruments made are playable and each venue will have a series of performances and workshops which create the vital dimension - sound - to show what music archaeology is really about.

“The project has had inputs on a pan-European scale. At a time when Europe needs reassurance of its unity as a concept, this project encapsulates it all and shows what can be achieved when European teams work together,” added Dr Holmes.

Funding is available for the exhibition to come to the UK in 2018 but is dependent on finding the right venue.

Learn more about music at Middlesex.