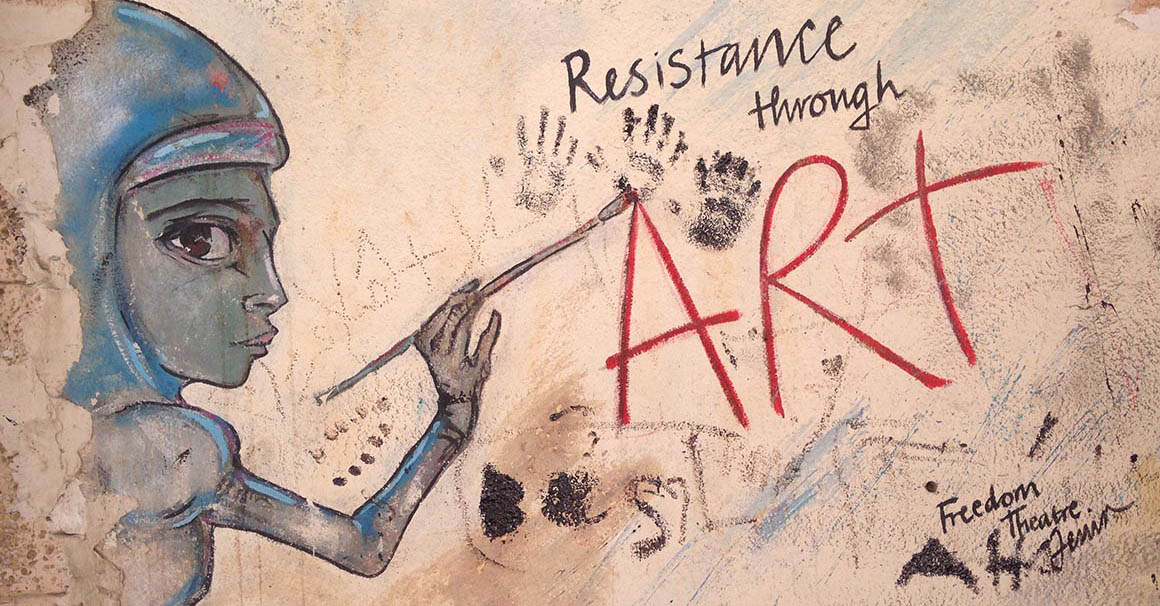 “Their comprehensive and self-interrogating approach to the Middle East crisis not only makes TFT an original political theatre group but also an interesting international partner in the field of practice as research,” said Professor Johansson.

The Middlesex academic will edit a volume which will deal with TFT’s notorious first leader Juliano Mer Khamis – who was assassinated in 2011 – as well as TFT’s education programme, international touring and outreach projects in the West Bank.

Along with prominent Palestinian scholars and artists, TFT has renowned international board members such as Noam Chomsky and Judith Butler.

In a recent trip to the West Bank, Professor Johansson visited TFT and had the opportunity to see street performances of the play Return to Palestine in Jenin’s refugee camp.

The play was created after extensive story-gathering through playback theatre sessions with audiences in Palestinian towns and villages.

Like many of TFT’s projects, it assumes both a critical and creative perspective of the Palestinian situation.

Return to Palestine centres around Jad, a Palestinian born in America, who goes to Palestine for the first time. Once there, he discovers a stark contract between reality and that represented in the news.

Professor Johansson’s work will contribute to the Centre for Research into Creation in the Performing Arts (ResCen) at Middlesex, which aims to be a bridge between academia and the practices of professional performing artists.