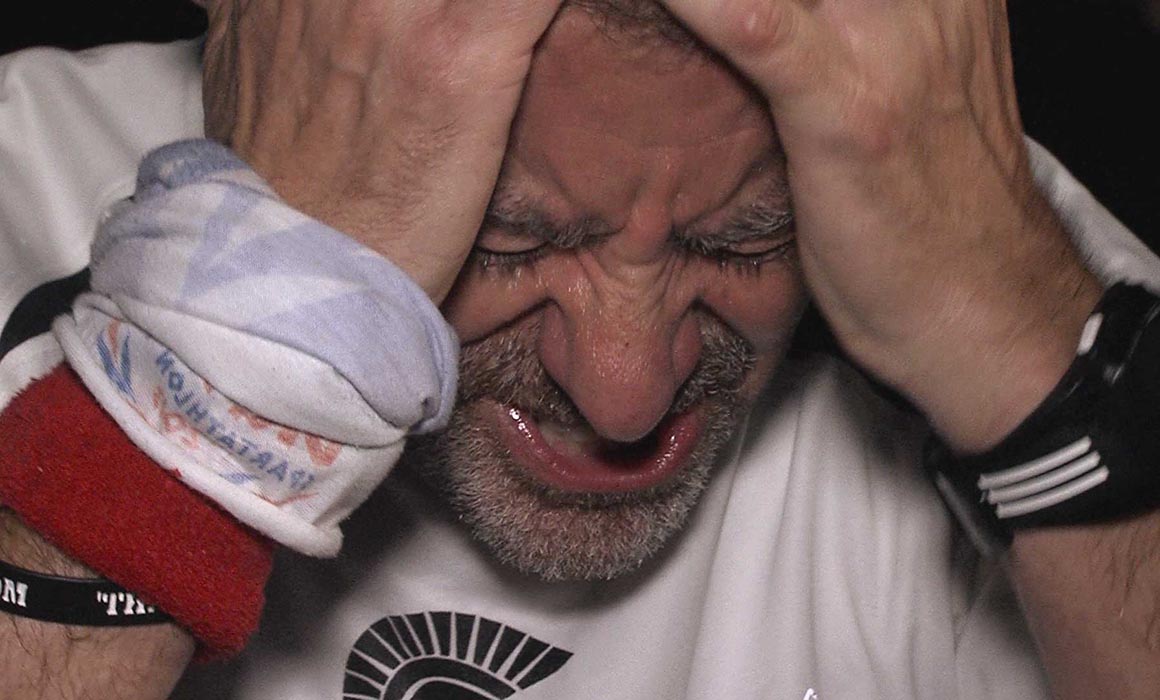 Rob Pinnington, one of the ultramarathon runners followed for The Road to Sparta, during the Spartathlon

The annual race is known as the Spartathlon and is recognised as probably the most challenging running event in the world. Only one third of starters are able to complete the course, which is equivalent to running six marathons back-to-back.

The route is the same one said to have been taken by Greek hero Pheidippides before the battle of Marathon in 490BC.

Roddy co-directed and edited the film, bringing in BA Television Production graduate Marius Ulevicius as a camera operator and animation researcher Beatriz Herraiz as graphic designer. The team was supported throughout by television production technical staff from Middlesex.

After two years working on the project, Roddy is very pleased with the end result.

“But I think we have crafted a really interesting story with its own unique style that gets as close as you can to the experience that these extraordinary people put themselves through.”

The 60-minute film captures the intensity of the race with the help of original poetry by the highly acclaimed AE Stallings and original music composed by Old House Playground.

Co-Director Barney Spender found the determination of the runners inspiring.

“This race is gruelling,” he says.

“Runners burn around 20,000 calories completing the race. They must complete it in 36 hours but the elite go much faster than that.

“Falls and injuries are commonplace and there is the very real risk of hypothermia, exhaustion or hypoglycaemia.”

Following its successful debut in Athens the film will be showcased at venues across the world over the coming year.

Find out more about studying television production or animation at Middlesex