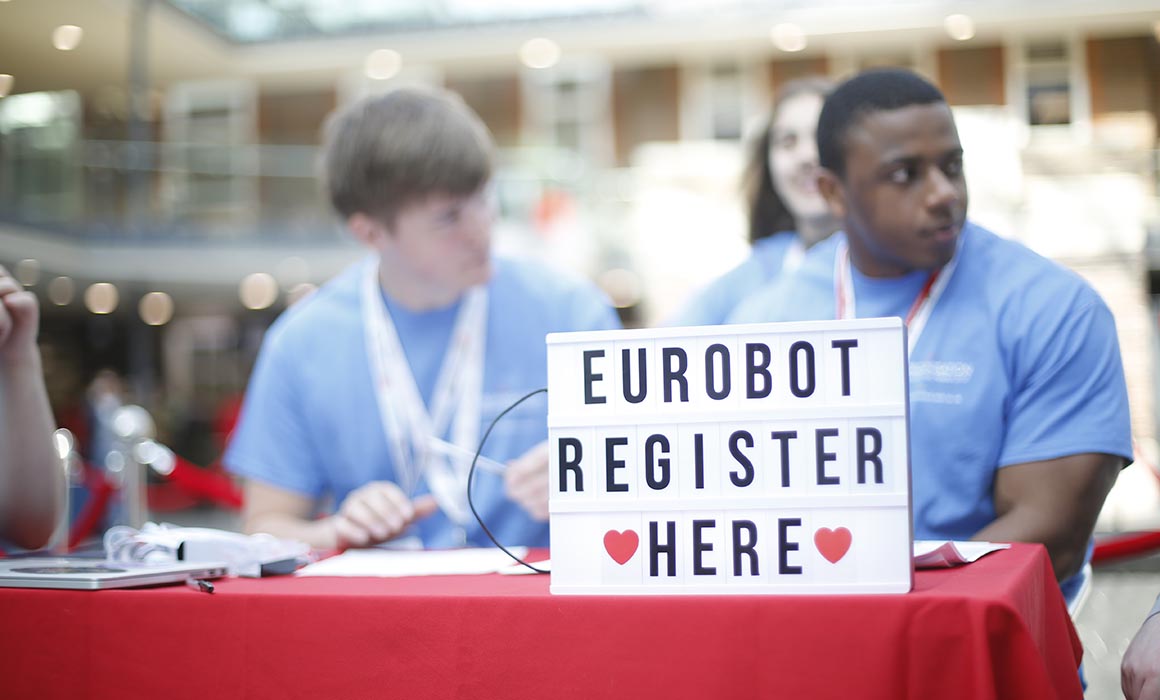 The UK finals of the Eurobot international amateur robotics contest were held at Middlesex University on 6 April involving 35 teams of young people from across Europe.

Eurobot primarily aims to foster and develop interest in robotics among young people all over the world. It achieves this by asking students to build and design robots capable of completing set tasks without human control.

“Using an obstacle avoidance system, we had to navigate our robot safely around the table and score as many points as possible in 90 seconds,” says David Dovelinger, a first-year BSc Computer Science student from Hungary. 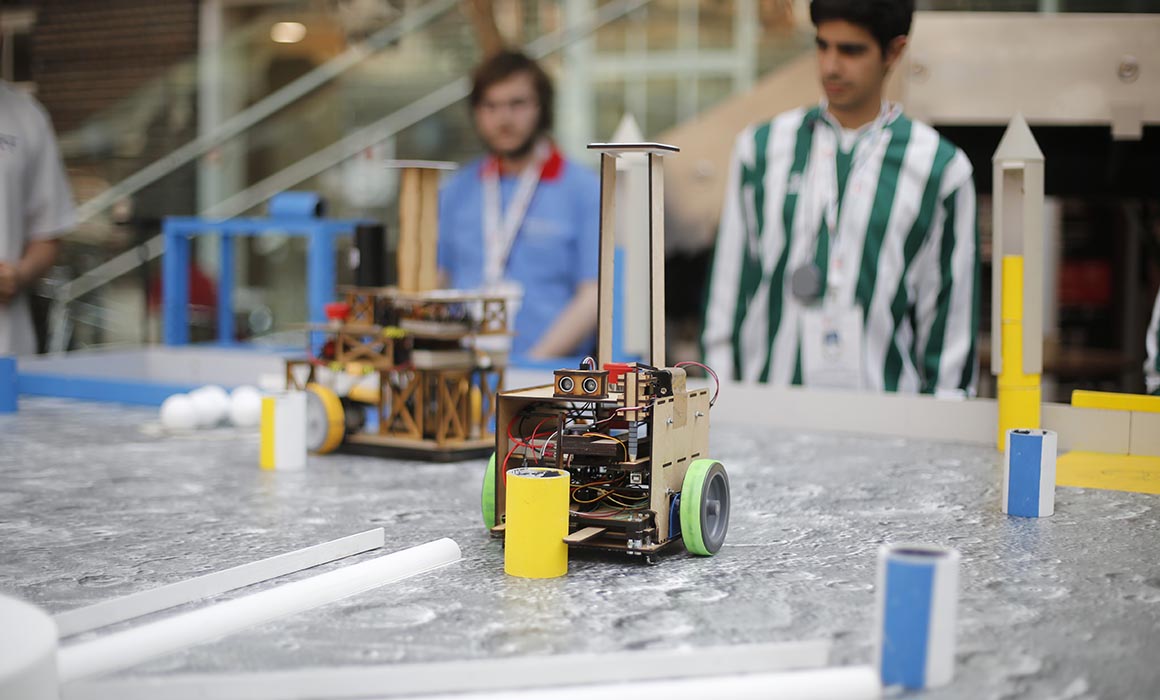 Michael Heeney, Engineering and Computer Science Technical Tutor at Middlesex University, supported the students with building and programming their robots.

“The students were doing lots of different types of programming such as Arduino micro controllers, python, and C++,” he says.

“Some teams even simulated the table in 3D so they could see how the robot should move in a perfect scenario.

“Students also learned wood, plastic and metal-working skills in the workshop, how to do CAD drawing and how to design and transform a prototype from a low fidelity sketch to a working prototype.”

In total, 1000 students and 200 teams participated in the Eurobot competition this year from 15 different European countries.

Find out more about studying computer science at Middlesex