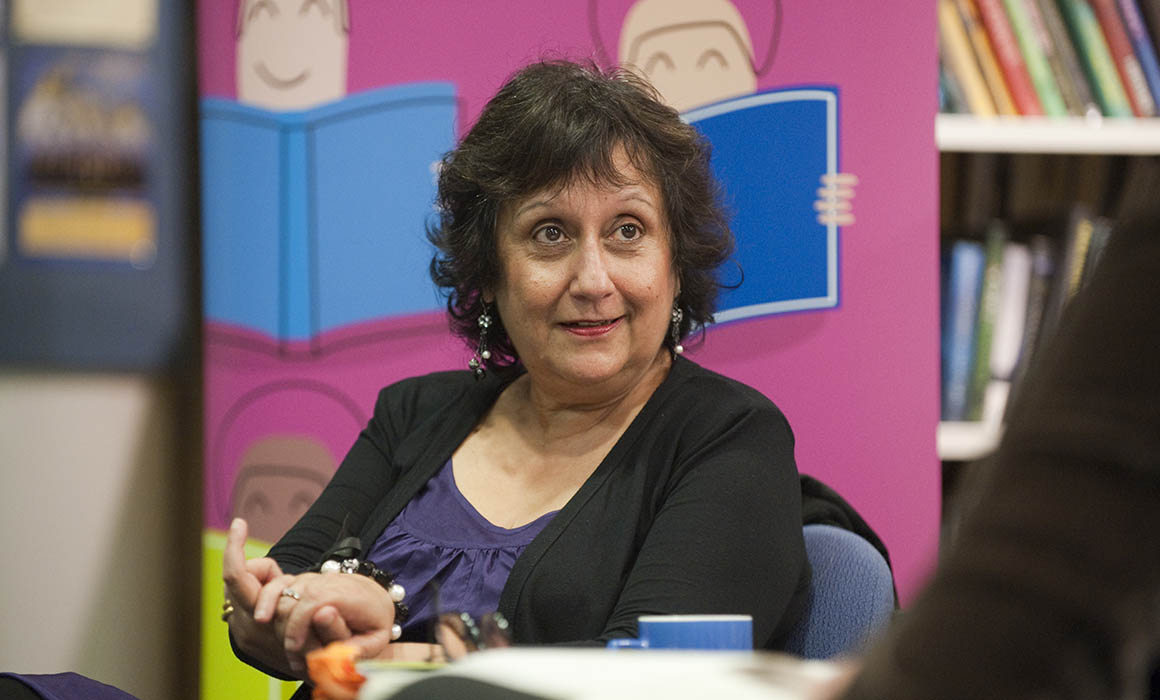 Yasmin Alibhai-Brown, Middlesex University professor and internationally respected journalist, hosted a networking event for both Middlesex students and professional journalists at News UK on Wednesday 3 May.

Professor Alibhai-Brown arranged the event as part of her work with the social organisation Women in Journalism with the principle aim of promoting diversity in journalism.

“It's the first network event of this nature: successful journalists of colour were able to meet senior women editors and journalists,” said Yasmin, who is a regular columnist for the I newspaper.

“This industry is only now becoming aware of the importance of diversity.” Professor Yasmin Alibhai-Brown

Those starting careers, such as students from Middlesex, were also able to talk and get tips from experienced journalists.

Also in attendance at the networking event was Dr Sophie Knowles, Lecturer in Journalism at Middlesex University.

“Our journalism team takes diversity very seriously – from the content we teach to the speakers we invite – we see a need to represent and reach an audience that is broadening in a world that is increasingly fragmented,” she commented.

“From our annual employability event to our new MDX Journalism Conversations lecture series, we want to see the diversity of our student body reflected in the newsrooms and in the way the world is being framed.

“The students lucky enough to attend this event organised by Yasmin attended because of their passion for seeing women of colour and Muslims represented fairly in the media.”

Professor Alibhai-Brown has broken through many glass ceilings in her career. She was the first person from an ethnic minority to be appointed as a section editor of a national publication, at New Society and then New Statesman, and she was also the first to get a weekly column on the main comment pages of a national newspaper. Today she continues to tread new ground as the only Asian, female, Muslim weekly columnist.

She has also won several journalism and public service awards including the prestigious George Orwell Prize for political journalism.

As both an academic and a practitioner, Professor Alibhai-Brown continues to use her experience in the industry to help prepare students for the world of professional journalism.