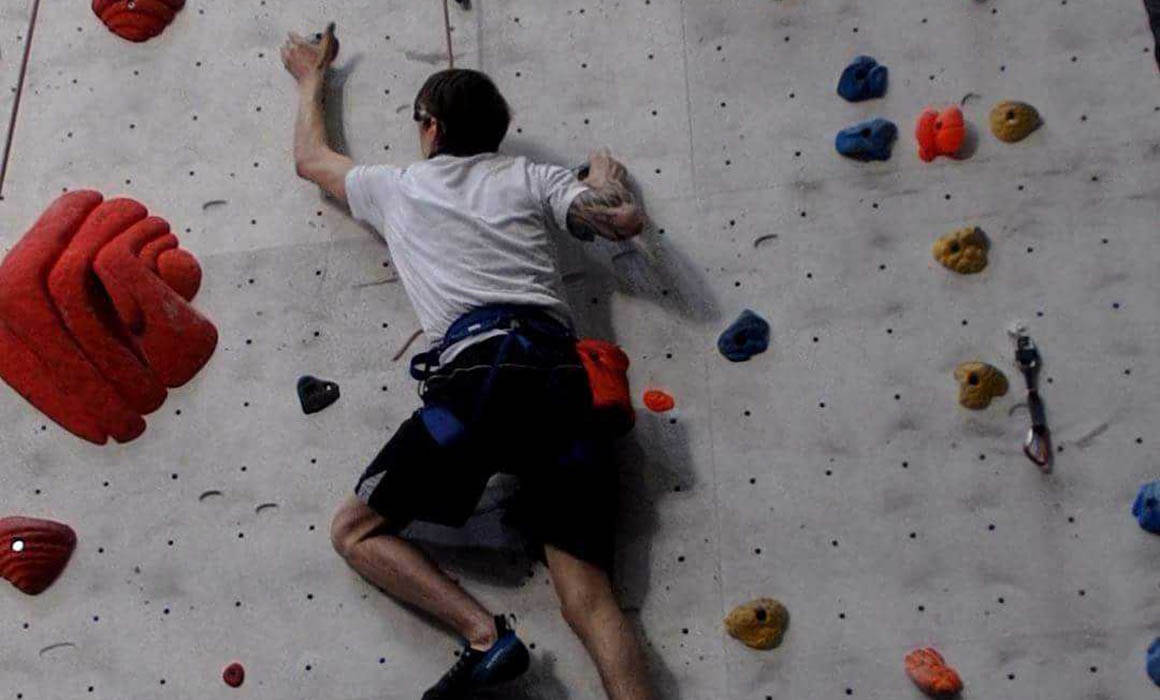 Middlesex University master's student in Sport, Exercise and Special Populations, Kenneth John Ellacott, has been selected for the GB paraclimbing team, with his sights set on the 2024 Paris Olympics.

Kenneth, a former long-distance runner and hockey player, had a stroke aged just 21 two weeks into an PE and School Sport degree at Liverpool Edge Hill University. He subsequently re-enrolled for undergraduate studies at Middlesex and has continued to be an active sportsman: he is also a qualified wheelchair basketball coach.

He competes in the RP1 section for athletes judged most restricted in ability within the Paralympic Neuro and Physiological Disabilities category,

Now 26, he got into climbing just 18 months ago, initially through bouldering. He is irrepressible in his approach to the sport. "If I jump up and miss, I'll hit my head. I'll just try again." He's also been motivated by friends doubting his ability to climb. "I kept questioning them - I showed them I can do it. That attitude makes me want to go further and higher up".

He says his selection following a training day in Sheffield in February came as a complete surprise. He's inspired by, and enjoys the company of, his fellow paraclimbers: "Nobody takes themselves seriously. The social side of it is really cool".

The next big tournament on the horizon is the World Championships in Austria in September. There are climbing events around the country which he drives himself to, having recently with considerable difficulty relearned how to drive; he previously spent a year learning how to ride a motorbike again, a great passion of his before his stroke.

He trains four to five days a week and works two days a week as a personal trainer to people with limiting conditions such as asthma and obesity, so he has had to become extremely disciplined about when to fit in his university work. He values the friendliness of staff at Middlesex.

He would like to work with people with brain injuries, from stroke, MS and other conditions, to help them through their lives. He feels for those who after a stroke are so consumed with negativity they don't want to do anything.

"There are times when I'm too tired or I keep failing but I always think I can do better - I'm so positive, I can always do better" he says. "On the wall, it frees my head open".  - Kenneth Ellacott

"Kenneth is a great role model for other students, he is tenacious and works till he understands topics covered," says Dr Anne Elliott, Programme Leader on Kenneth's course. "He has a great personality and adds pertinent views to group discussions. He is a valued member of the class and will be a fantastic ambassador for the subject in the future".

Learn more about sport and exercise science at Middlesex.