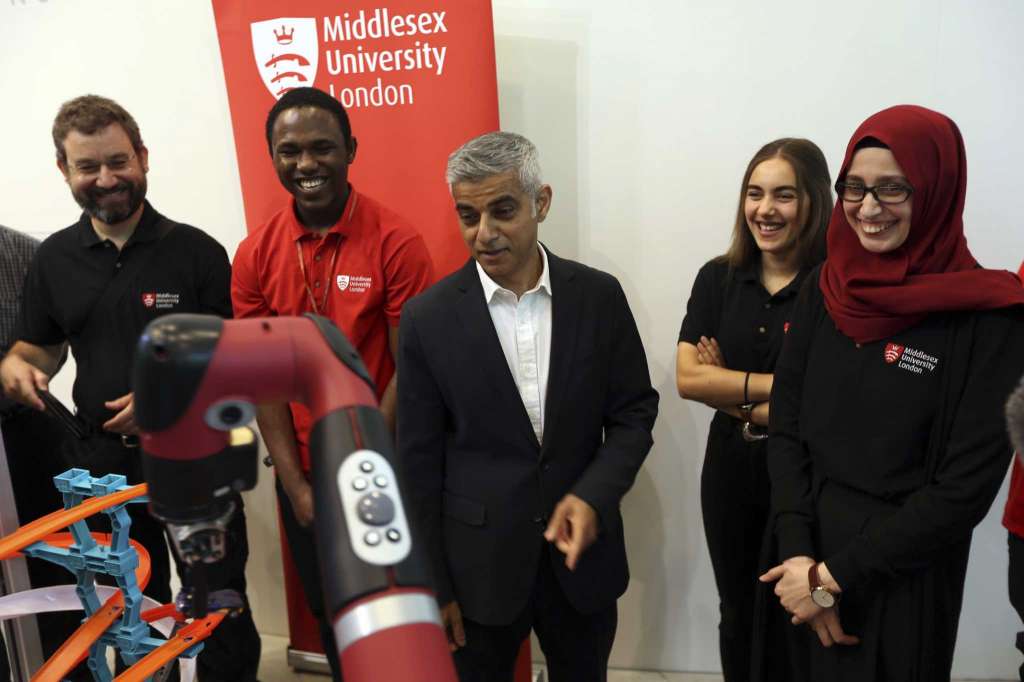 Once they had played with Sawyer the robot - manufactured by Machine Building Systems in Derbyshire - visiting schoolchildren, media and tech professionals could run their hands through Middlesex’s interactive sandbox exhibit, onto which gradient lines and colours for different altitudes are projected via a Microsoft Kinect 3D scanner and a computer.

The Mayor’s promotional agency London & Partners chose Middlesex for the event, along with Imperial College and King’s, on the strength of last year’s Strategy Launch at London City Hall, which featured a series of high tech exhibits. The universities were showcased on the ground floor of the Francis Crick Institute before a series of conversations led by Bloomberg Technology’s Caroline Hyde with leading tech figures such as Microsoft UK CEO Cindy Rose and CEO and co-founder of Unruly Sarah Wood, and an address by the Mayor.

In his speech, the Mayor described his vision for London as the world's test-bid city for innovation. To achieve this, he said, "we must take a more collaborative approach, that relies on our tech community, our public authorities and universities and colleges working more closely together". He told guests that "the story of London has always been about young Londoners making their mark and leaving a legacy.” 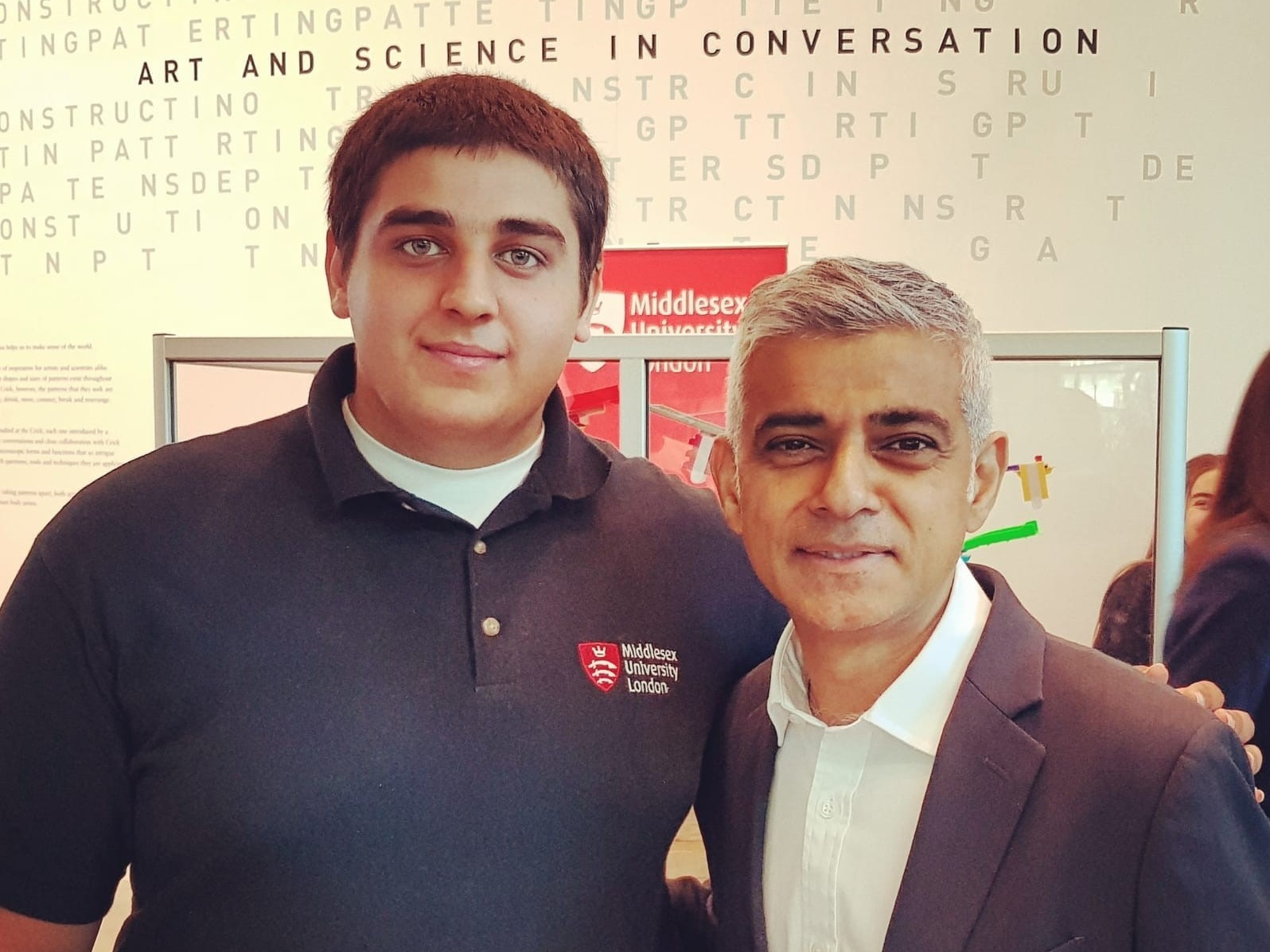 Ali with the Mayor

Third year Mechatronics BEng student Ali, who made a robotic boat for his final year project, introduced the Mayor to Middlesex’s robot and explained what he and his colleagues were demonstrating. He said he had taken part in many events over his three years of studying, but not usually with VIPs and journalists. “Guests were extremely happy to have a chat, always concluding that we were the future of this country” he says about the launch.

Head of Department of Design Engineering and Mathematics, Professor Mehmet Karamanoglu said he was “thrilled” at the opportunity for Middlesex students and staff to be part of the event. “This was a great opportunity for our students to showcase to London and beyond what creative and innovative technology solutions they can provide,” he said. 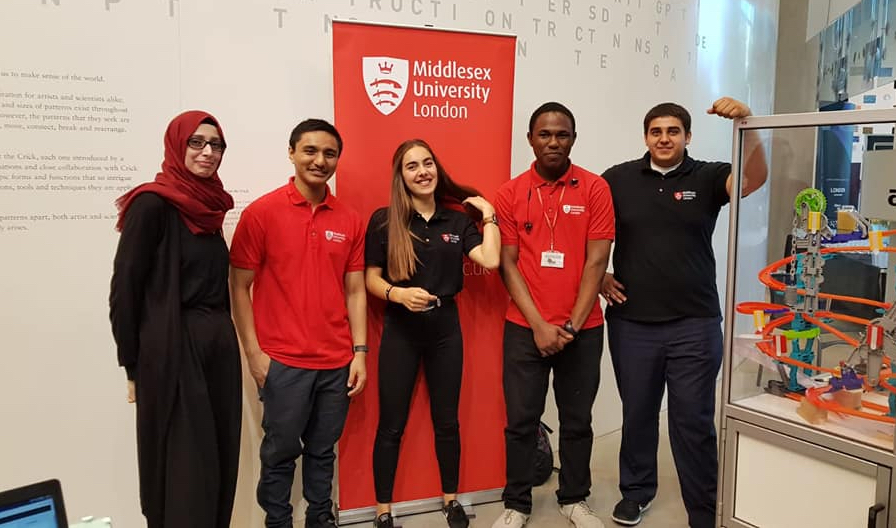