Brenda Emmanus, BBC Arts and Culture correspondent, follows Sonia Boyce, former Professor in Fine Arts at MDX and acclaimed artist, in the lead-up to a new exhibition that includes work from artists of African and Asian descent who have helped to shape the history of British art 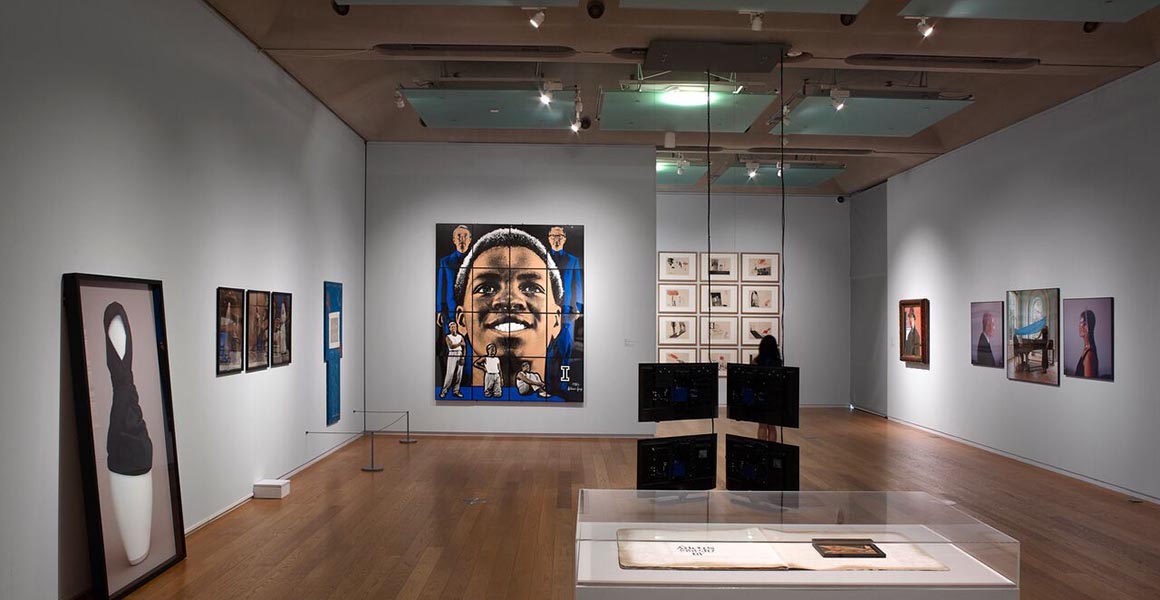 The film, Whoever Heard of a Black Artist? Britain’s Hidden Art History is a BBC Studios film for BBC Four, and was aired on Monday 30 July. It explores the rarely told, fascinating history of Britain’s artists of African and Asian descent, whose contribution to British art history remained unrecognised for decades. It pays homage to a collection of artists whose work is currently on display at the Manchester Art Gallery.

The film’s title is taken from archive footage of a small group of artists who organised ‘The First National Black Art Convention’ in Wolverhampton in 1982, a group that included Middlesex Associate Professor, Keith Piper.

The Black Artists And Modernism research project is led by Sonia Boyce and University of the Arts London, in collaboration with Middlesex University London and funded by the Arts and Humanities Research Council.

“The BAM project has merely uncovered the tip of the iceberg. How differently would the landscape of British art and culture look, if we could see all work that lies hidden, forgotten even, in our museum stores?” Dr susan pui san lok, Associate Professor in Fine Art, Middlesex

As part of the project, Sonia Boyce and her team, including Middlesex Associate Professor in Fine Art Dr susan pui san lok have spent three years scouring Britain's public art archives to find out just how many artworks by artists of African and Asian descent the nation really owns. Discovering nearly 2000 that, despite their public ownership have rarely, if ever, been displayed before, the documentary asks why so few of these artworks remained in public view after their creation and whether they represent just a fraction of the work that could be uncovered.

Sonia Boyce says: “For me, this is a very urgent thing to happen. That people know where these works are, know of these artists, and how their work has helped shape what we understand British art to be.”

Dr susan pui san lok adds, “The BAM project has merely uncovered the tip of the iceberg. How differently would the landscape of British art and culture look, if we could see all work that lies hidden, forgotten even, in our museum stores?”

Viewers delve into the stores and rediscover how the works of generations of artists of African and Asian descent have helped shape our history, exploring seminal exhibitions including Rasheed Araeen’s The Other Story: Asian, African and Caribbean Artists in Post War Britain, and Lubaina Himid’s The Thin Black Line, exploring black feminism.

From the 1940s to the present day, the film explores the work of the Windrush generation, through sixties counter-culture to the Black Art Movement of the eighties up to the present day, documenting a shift in attitudes that has resulted in a more inclusive industry and greater recognition of the valuable contribution artists of African and Asian descent have made to British art.

Find out more about studying Fine Art at Middlesex.