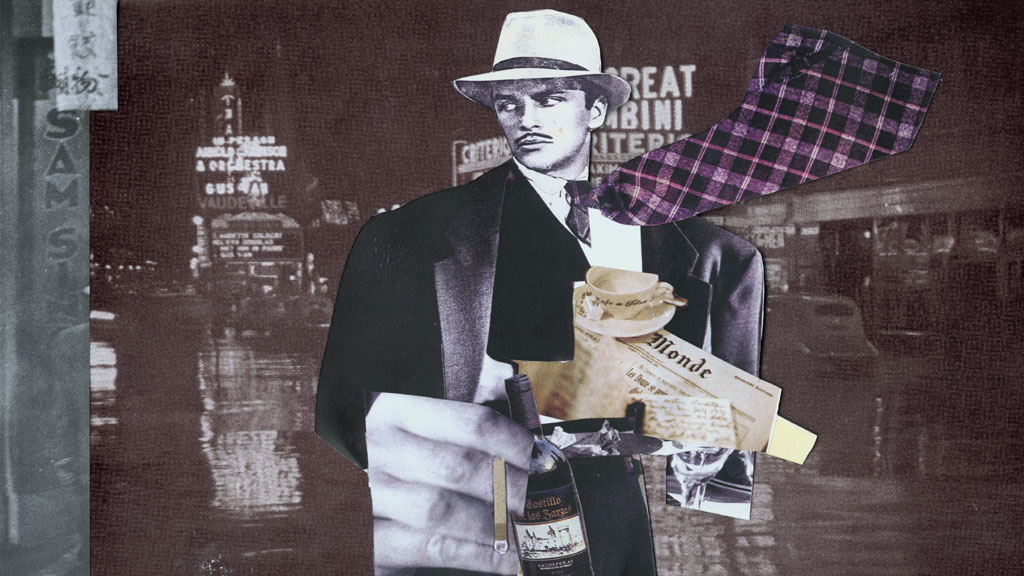 Still from Yours Truly by Osbert Parker (2007)

Black History Month begins today. The UK’s annual celebration of black history, arts and culture was first held in London in October 1987, on the model of US Black History Month. During this month, Middlesex will be celebrating the work of black lecturers and alumni, and exploring their contribution to their fields of research or professional practice, to the black British story and wider society.

In the most recent Sunday Times university guide, Middlesex comes seventh in the UK for proportion of black ethnic minority students in the student population. A culture of respect for and recognition of the strengths of diversity is at the heart of our mission as a university.

Middlesex is fortunate to have two prominent black British visual arts practitioners among faculty members, both of whom use collage in animations in strikingly different ways. As an art student in the late 1970s and early 1980s, Keith Piper was politicised by the currents of the time and was part of the radical BLK Art Group, becoming a key figure in the 1980s British black art movement. He experimented with artistic form, creating mixed media and installation work and using a low-cost Amiga computer to pioneer a “cut and mix” aesthetic - as with his series of works Go West Young Man, juxtaposing the notorious 18th century engraving of a slave ship with text, other images and video. He developed user-interactive formats and embarked on research projects to explore historical legacies and how they have shaped perceptions of race. He has been a Reader at Middlesex since 2006. 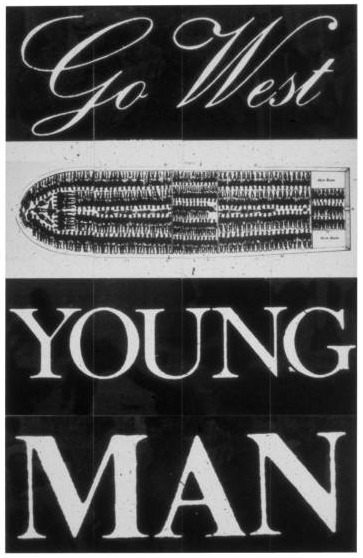 Osbert Parker is a three times BAFTA-nominated film director with a signature style of using cut-out animation mixed with live action. He worked with Quentin Tarantino’s production company and has commercial credits with clients including Coca-Cola, Nike, Budweiser, Orange, the World Wildlife Fund and Gatorade. He joined Middlesex as a Lecturer in Animation in 2010; he was the driving force behind a huge collaborative project last January, with 150 students from across the Faculty of Creative Industries and School of Health and Education working together to create art on the theme of “Accident and Emergency”.

Osbert and Keith’s work was shown and they took part in a Q&A at a recent black British animators event at the British Film Institute, as part of the BFI’s 2018 animation season. Curator and chair of the event, Jez Stewart, who is working on a history of British animation, says he isn’t aware of any black animators working in the industry before Osbert and Keith, suggesting it was film schools offering animation as an option in the late 1970s and 80s that helped usher in more diversity. The panel also featured director Maybelle Peters, who moved into computer animation in the 1990s with the grounding of a Middlesex University Digital Art course, which she enrolled on after winning a computer in a Spike Lee-inspired MTV competition.

"The whole world to me is a collage, how we interact with each other”
Osbert Parker, Senior Lecturer in Stop-Motion Animation

Keith said he recognised a fascination among the panellists in creating animated work that seems in conversation with other aesthetic forms exploring black themes. Osbert said that, when it comes to categorising work as being by black artists, “it’s really good to spotlight it, and talk to artists to create a debate, and I think that is critical”. But, he adds, “when I go and see brilliant, seminal filmmakers, I don’t label them as white filmmakers, I never think of that”. In a similar way, he doesn’t draw a line between fine art and commercial art: “When you walk around, the whole world to me is a collage, how we interact with each other”.