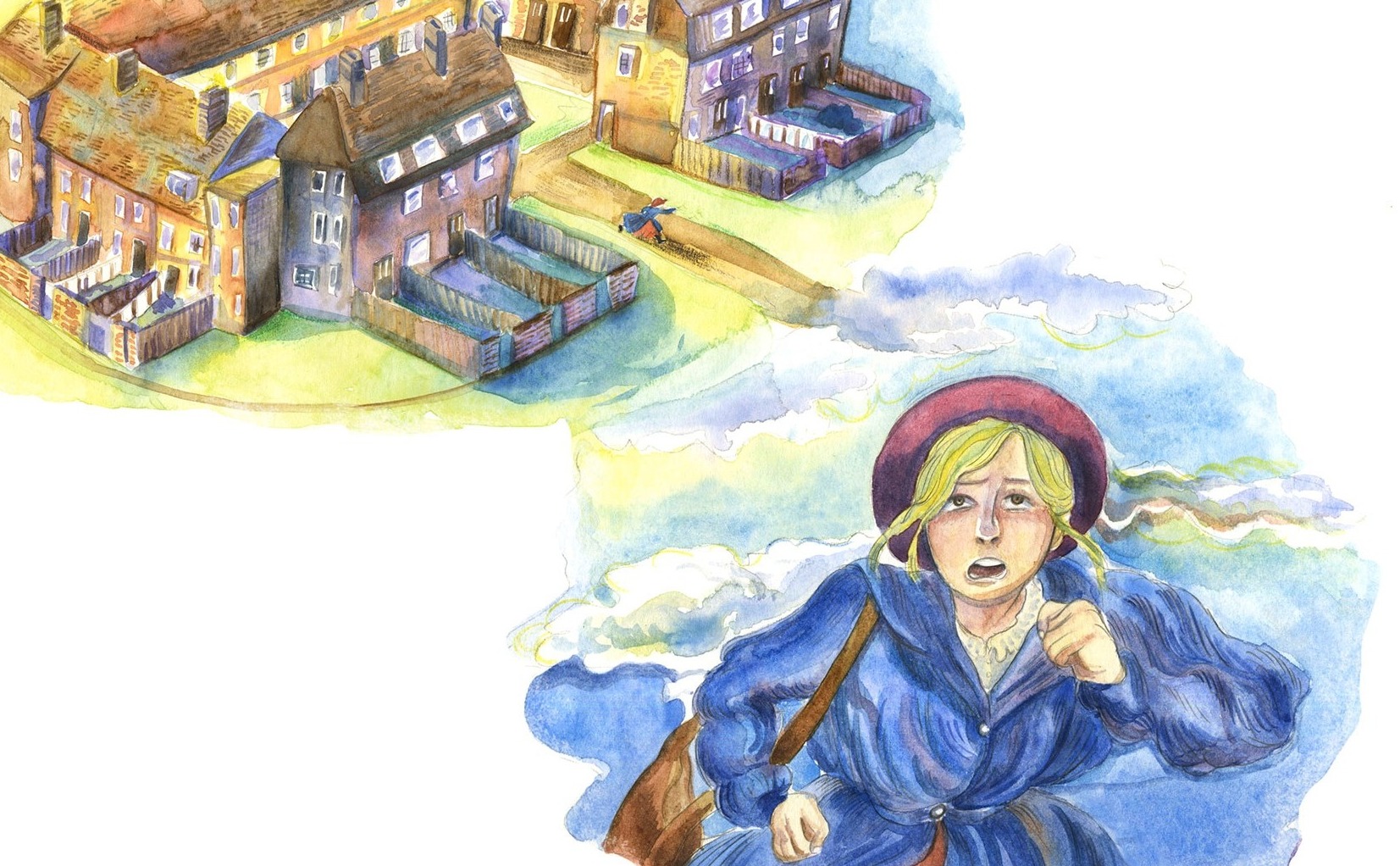 In this anniversary year for Remembrance, Middlesex University students have flourished working on collaborative projects with the RAF Museum in Colindale - an important cultural partner of the University. 2018 marks one hundred years of the Royal Air Force, formed from the Royal Flying Corps and the Royal Naval Air Service, as well as the centenary of the end of the First World War on November 11th.

As part of a Lottery-funded project, over a two year period Middlesex BA Illustration students created a graphic novel telling stories about the history of the RAF aerodrome in Hendon on the site of which the museum now stands. All students were able to pitch; out of these the top ten were picked and allocated a story about the RAF in war or peacetime. The task was to make a strip cartoon that was both relevant to a contemporary audience and historically accurate.

The finished work went online in May. Among the stories featured are the UK's first air mail run; women working at the aerodrome after the First World War and the royal opening of the RAF Museum in the 1970s.

Nancy Slonims, programme leader of the BA Illustration course, said she was "very pleased and proud" at the completion of the graphic novel. "Our project was identified as an important part of the [Museum's] outreach programme. The students worked extremely hard to tell the stories in an exiting but challenging format" she said.

Graduate Academic Assistant in Illustration Alex Moore, who produced one of the stories in the novel, said that the collaboration offered students the opportunity to work on a live project with a client, "giving them a chance to present their ideas as well as things like invoicing a client. I hope this experience serves them well and they should all be incredibly proud of the work they produced". 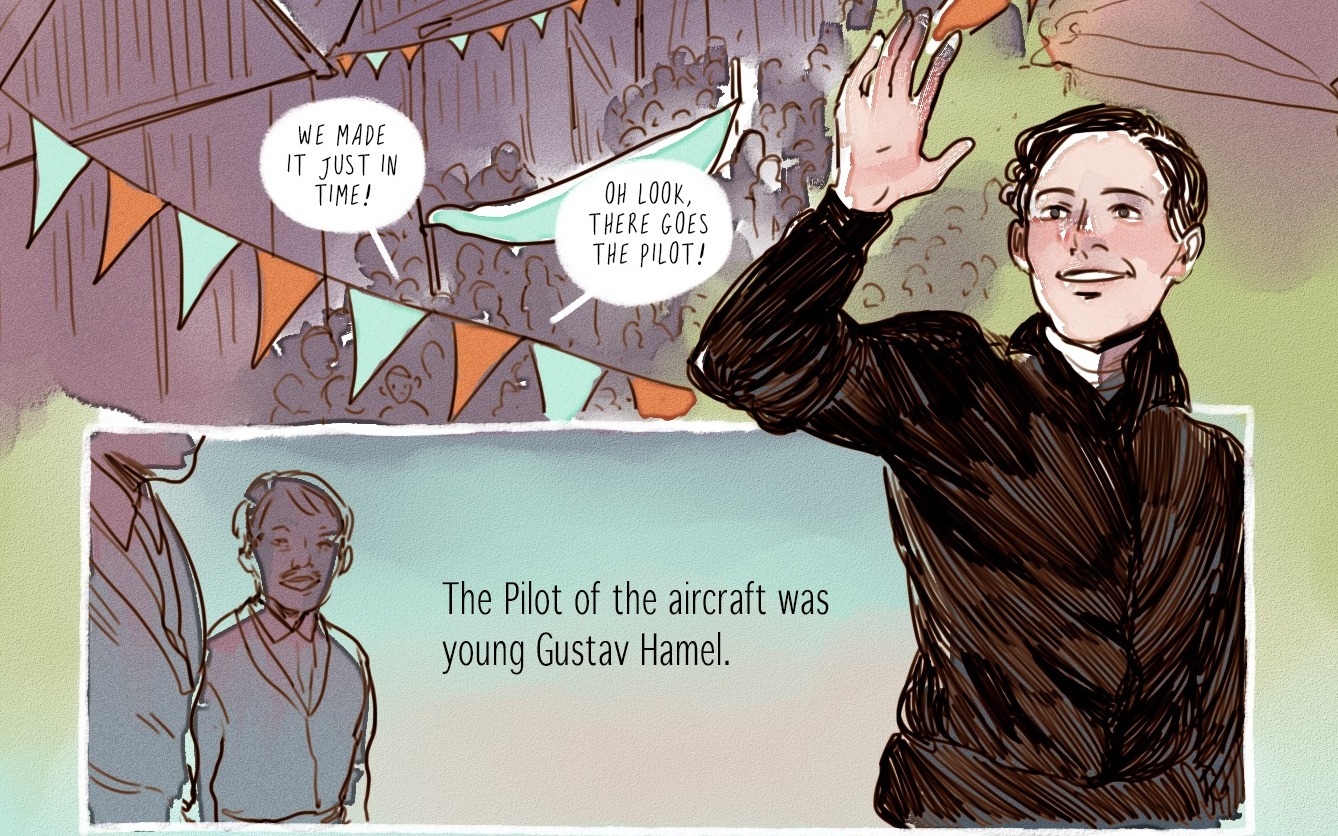 Shazleen Khan, who was in her third year at the start of the project and has just finished a Master's at Middlesex, said she felt honoured to be assigned the first story chronologically, about Gustav Hamel's inaugural air mail flight.

In those early days of aviation, Hamel's flight was "amazing to see" says Shazleen. The layout of her story opens out from a column of conventional frames into a bigger journey - "I wanted to have that sense of wonder as you were reading" she says.

Research was "really important" and she tried to include as many historical references as possible. She thanks the Museum's Heritage Outreach Officer Joe Sullivan for all the time he gave her allowing her to study planes of the period and answering her questions. 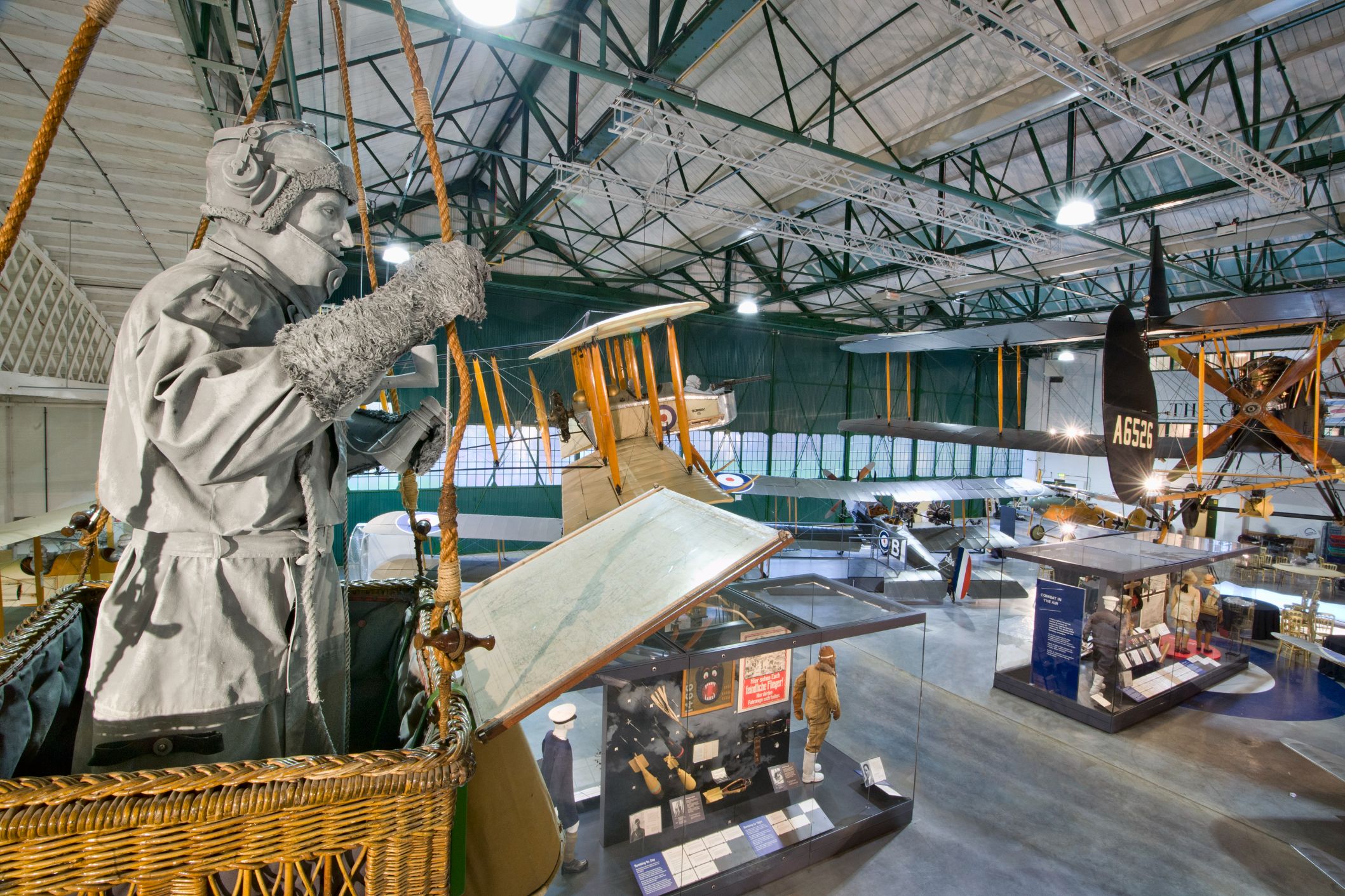 Jamie Pryor, who graduated from the BA course in summer 2018 grew up in Kent with a passion for all things World War Two, listening to his grandfathers' war stories, building Airfix model aircraft kits and going to air shows. He jumped at the chance of the project - "it was great to draw planes and get the accuracy right".

Jamie praises the Illustration course for its close collegiality, with all three years working together - "the nice feeling when you're part of a team and almost a family" - and the contact time with and dedication of the tutors. "Nancy did a great job knowing everyone" he says. "Martin [Ursell, Senior Lecturer in Illustration] gave me confidence to feel like I know where I'm going. 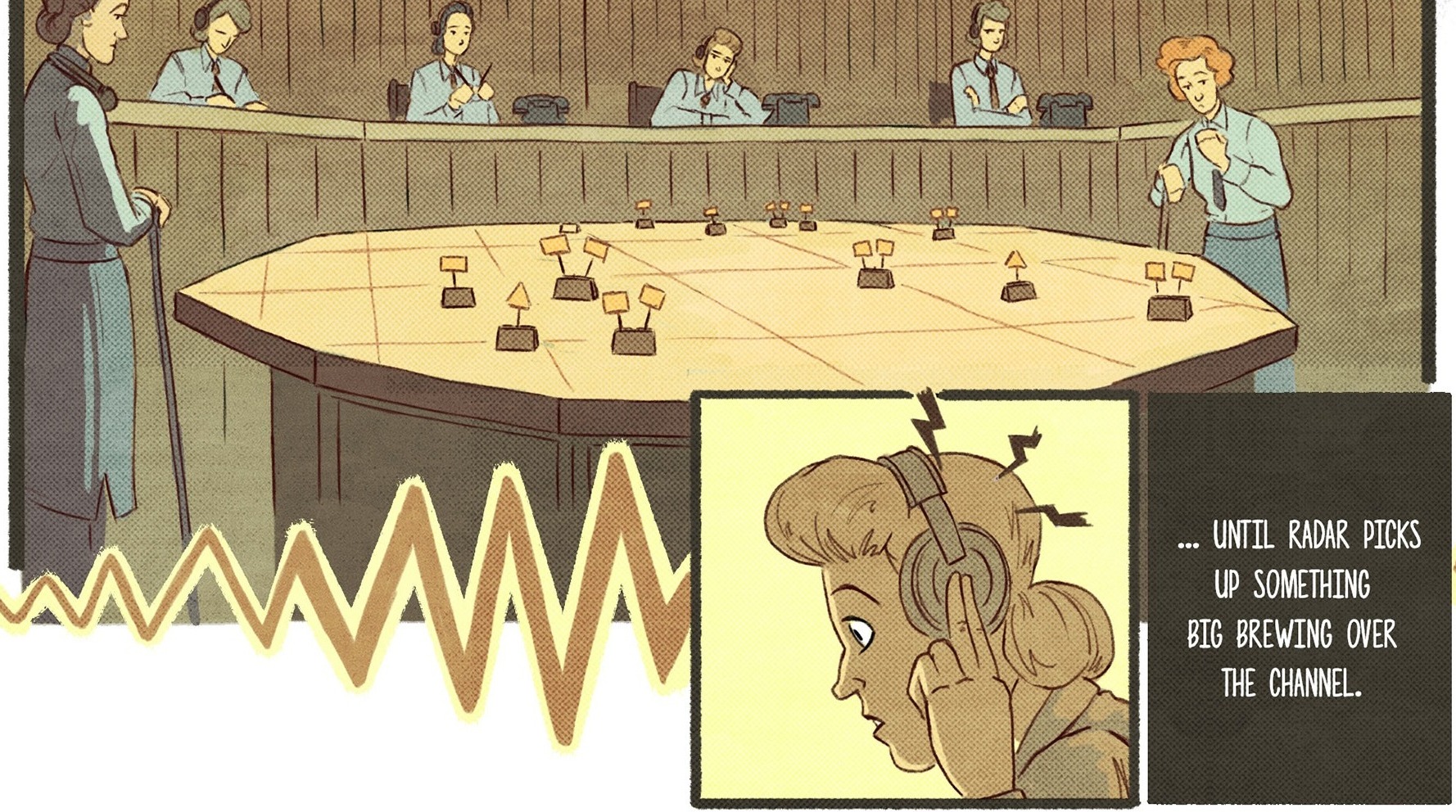 "Throughout the year they gave us opportunities, like [making work for] the Poetry Cafe". Even outside contact hours, "they are more than willing to come down and give you a bit of advice and help".

Shazleen describes the Illustration course staff as "some of the best in the world - incredibly helpful, really enthusiastic. She loved Middlesex's facilities, particularly the print room and the library.

Since graduating from her Master's, Shazleen has been working with BHP Comics, working on Warren Pleece's graphic novel Freedom Bound and contributing to BHP and 404ink's graphic anthology We Shall Fight Until We Win, celebrating 100 years of women's suffrage. 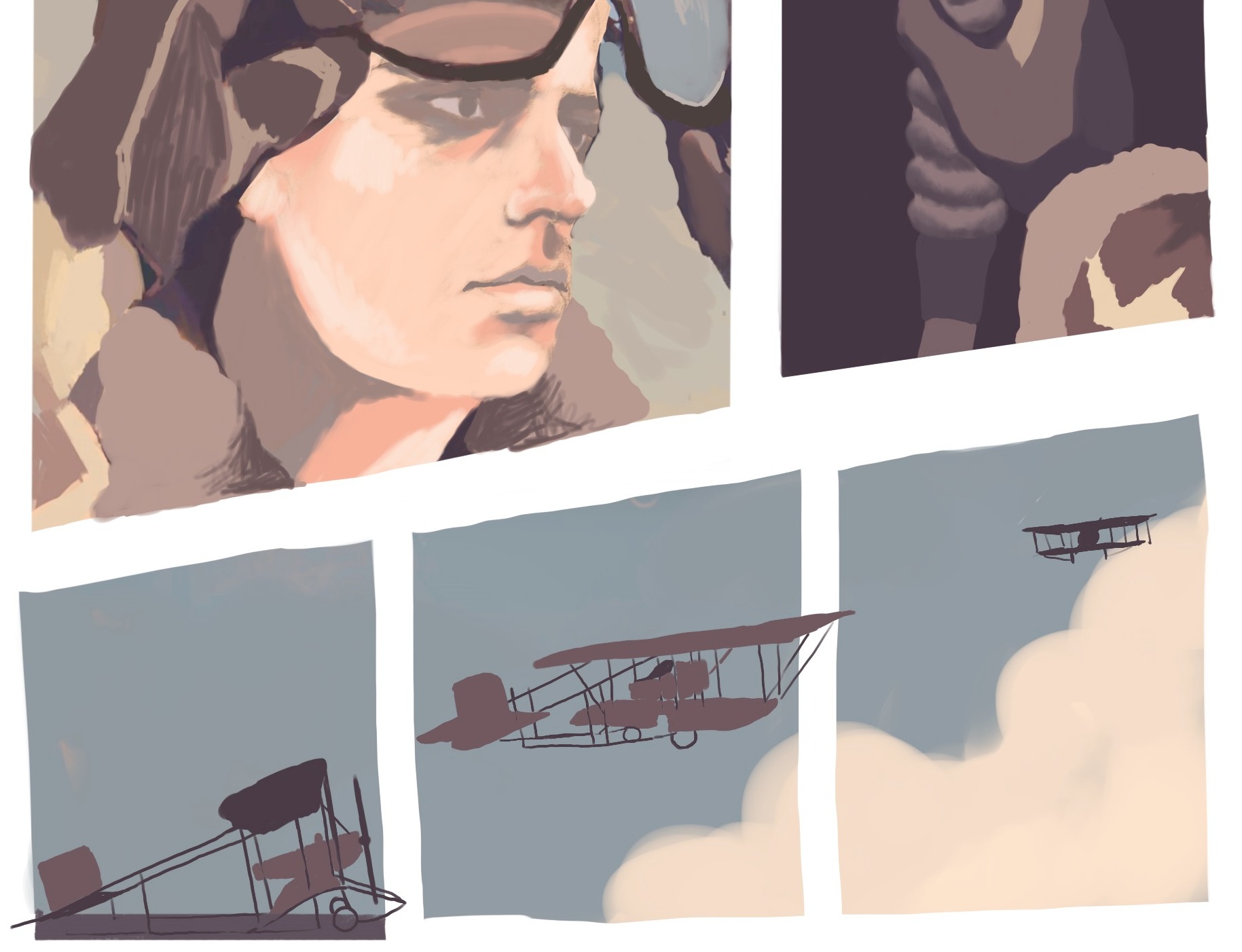 Alona Skidden, a current Illustration student who drew one of the stories said she very excited to take part and pleased to get positive feedback. "It was the first time I was ever commissioned," she said. "It gave me experience in animation, as we had to do some GIFs. It made me realise that illustration has many directions and ways of presenting imagery".

As part of a programme of events for Remembrance at the RAF Museum this weekend are performances of three dance compositions inspired by wartime letters, choreographed by Middlesex graduates and performed by Middlesex dance students and graduates. 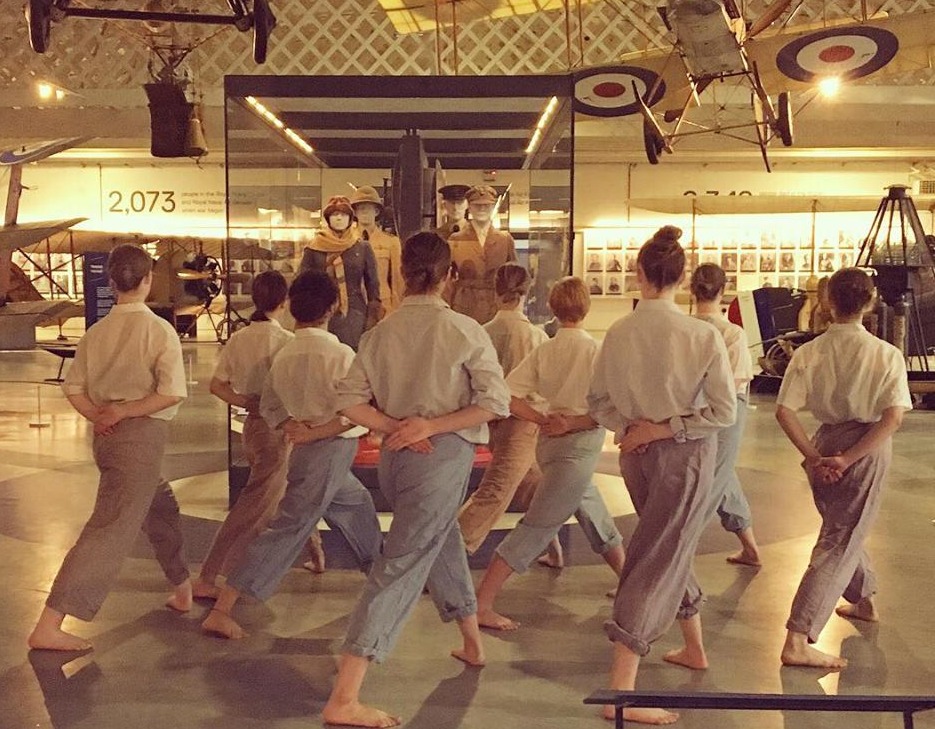 Read Between the Lines, choreographed by Christina Binney, explores the mixed emotions in letters written by British, French and German pilots. Dekko, choreographed by Emma Potter, focus on the contrasts between airmen's on-duty and off-duty life, while Fine.Line, choreographed by Philly Law, is about the dropping of letters, particularly drawing on a German pilot's account of flying back over enemy lines to drop a letter from a British pilot he shot down, to say that he had survived.

To find out more about Illustration at MDX click here

To find out more about Dance at MDX click here