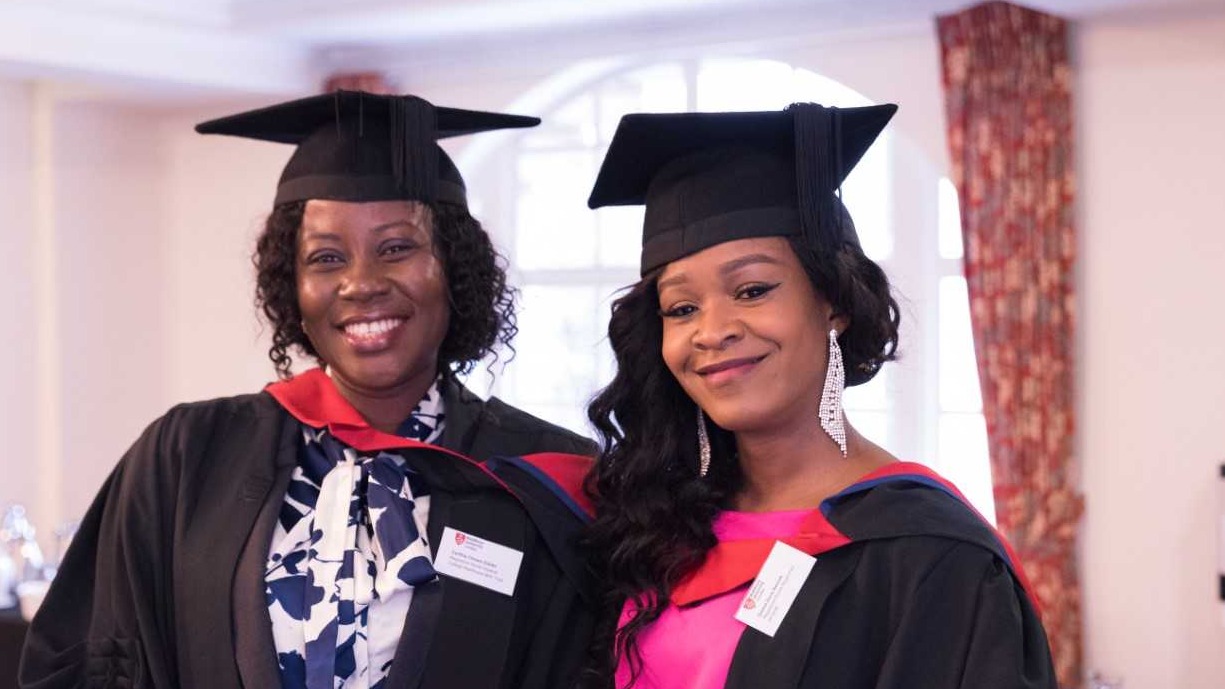 The Accreditation of Prior Learning (APL) pathway, launched at MDX in 2015, enables those who have already qualified as nurses in other countries but whose qualification is not recognised in the UK to achieve Nursing and Midwifery Council registration. The course, together with an Assistant Practitioner pathway to registration for Healthcare Assistants, has won MDX a widening participation award from London healthcare provision and support organisation HENCEL.

Cynthia Edoka describes the transition course as “the best thing that has happened in my life so far”.

Having qualified at a teaching hospital in south-eastern Nigeria, she worked for eight years in Nigeria as a nurse and a midwife, then for seven years in the West Indies. After coming to the UK, she found work as a healthcare assistant at Imperial College Healthcare Trust until the Trust, recognising her talent, nominated her for the prestigious transition route.

Studying at Middlesex offered a 50-50 blend of practice and theory, including a rigorous academic research element which she had never experienced in her original training. “I enjoyed every bit of my dissertation. I’ve never done 7000 words before" she says.

Middlesex also gave her the confidence to speak in public, with the chance to lead demonstrations and class presentations.

Cynthia is now working as an Adult Nurse at St Mary's Paddington, part of Imperial College Trust, and hopes to specialise in surgery and critical care nursing.

Davina Nworah shone at nursing school in Nigeria, qualifying in 2008, but struggled to resume her nursing career when she moved to join family members in the UK. On the transition programme, she was rated as excellent by mentors in her clinical placements, leading to a number of job offers, but she chose to return to the ward at the Royal Free Hospital where managers had nominated her.

She says that the programme "wasn’t easy initially, but long-term I appreciate it".

"My previous [training] gave me confidence in practical areas, the academic transformation developed my knowledge of evidence-based care" she adds. "I now feel better equipped to work with the Multidisciplinary Team in a hospital setting knowing the rationale behind my actions and to confidently challenge any unsafe practice". 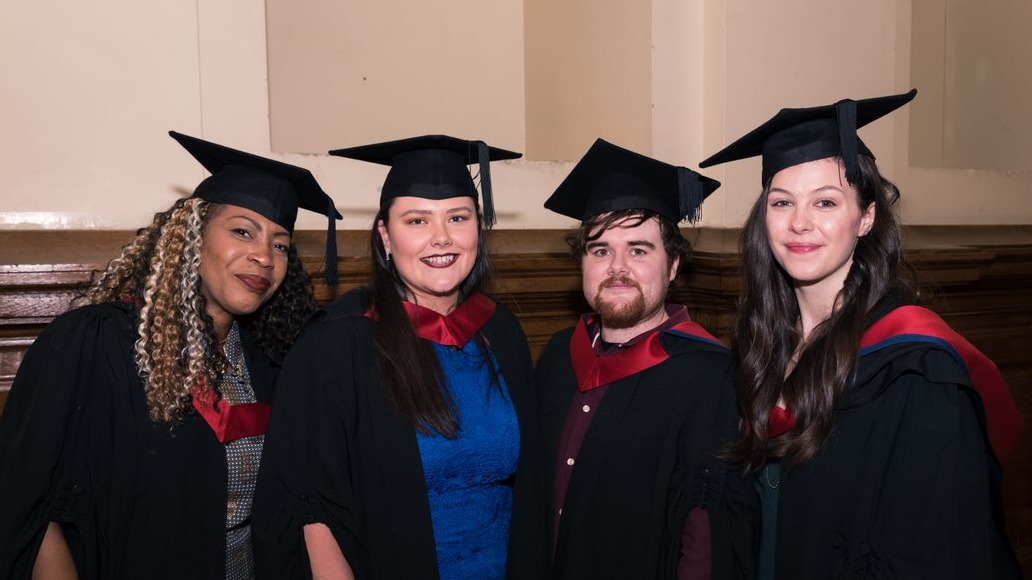 The idea for the conference came from ex-A&E assistant Alex's frustration at the absence of LGBT training during his Assistant Practitioner pathway into nursing, plus a wider lack of knowledge and understanding about transgender in the profession. "A lot of the time healthcare professionals don't know and you're educating them," says Alex, who is transgender himself and has almost completed transition surgeries over the course of nine years.

Conference speakers included mental health and sexual health specialists, MDX Professor in Social Care Trish Hafford-Letchfield and Alex's mother, herself a registered nurse with specialist experience in respiratory care and unscheduled care. The conference impressed Royal College of Nursing Officer for North Central London Alan Ridley, who was attending, and got positive feedback from students from a wide variety of cultural backgrounds.

Co-organiser Idiatu Arewa, a mature student who came to the BSc via an Access to Nursing course, says she was hesitant because the subject matter seemed to clash with her Christian beliefs, but that she then recognised it was actually about professional competences and responsibilities for all nurses. In the end, she says, "I thought it was fantastic, because it gave so much insight. Alex told his story, he spoke about it with passion". She's currently working in the surgical unit at North Middlesex Hospital. Kirsty Vellenoweth, who worked as a healthcare assistant before coming to MDX and is now in an acute nursing role says the conference "allowed me an opportunity to educate myself and become a better ally".

On top of helping organise the conference Deborah Ennis, from County Westmeath in Ireland, has been highly active in the MDX community as Student Voice leader for all three years of her course, Volunteer of the Year in her second year and a keen sportswoman who captained the MDX women's football team; she also did two part-time jobs while she studied. She's currently loving her work on a care for the elderly ward at the Royal Free Hospital, hoping to subsequently move into A&E and specialise as a cardiac or renal nurse.

Alex, also working at the Royal Free in the A&E department, is looking for a path to become a clinical nurse specialist in gender dysphoria, and is keen on any further opportunities to do education work on trans issues. 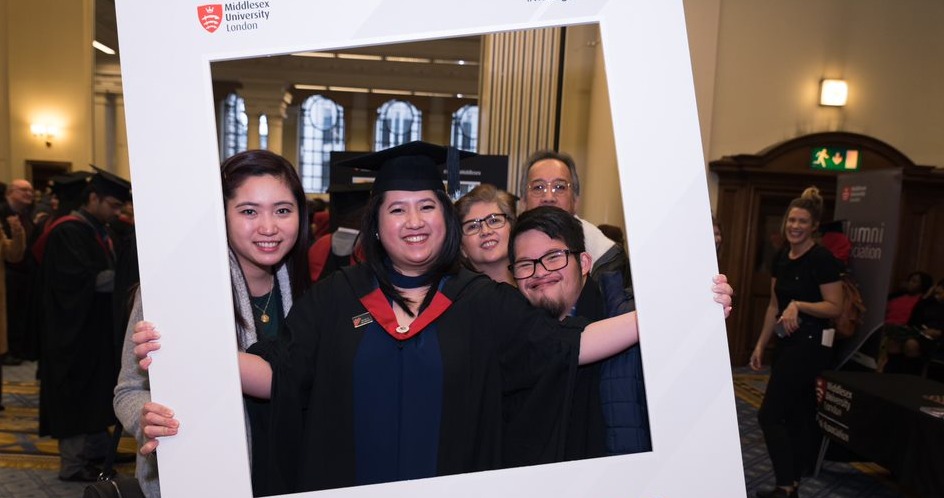 Special mention in the graduation ceremony went to Carmina Maria Fernandez, whose BSc Adult Nursing degree was interrupted twice by serious illness - a pituitary tumour in 2014, and Hodgkin's lymphoma in 2016. "I don’t know how I really did it, you just go on" she says. She praises MDX, especially tutors David Ring, Julie Moody and Mariama Seray-Wurie for being so understanding. She's thinking about going into oncology nursing because of her experience. Carmina received a University award for success against the odds, and programme leader Julie Moody calls her "an inspiration" for her "courage, commitment and resilience".

"We often hear from partnership trusts and schools that students from MDX are highly regarded and commended for their initiative, inquisitive minds and ability to engage with clients" said Pro-Vice Chancellor Dean of Health and Education Jan Williams in her speech to graduating students. Williams also picked out Mary Seacole Award winner and Midwifery skills laboratory co-ordinator Sarah Chitongo, and Student Nursing Times Awards finalist Ciara Holden for their achievements.