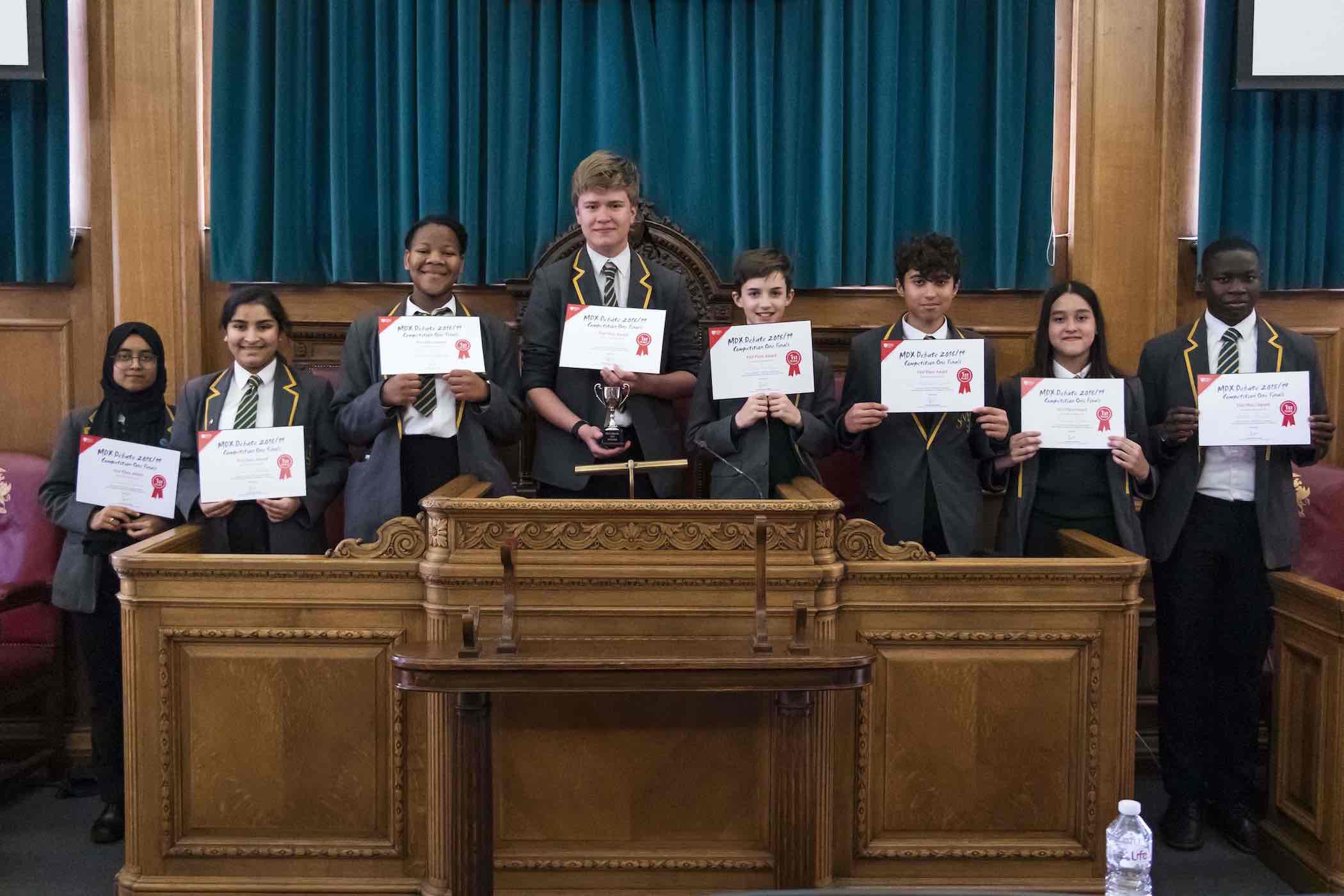 The final of the MDX Debate competition for North London schools was held in Hendon Town Hall council chamber on Wednesday 24th April. Teams of Year 9 and Year 10 students from Aylward Academy in Edmonton and St Mary's and St John's Church of England School in Hendon squared off in British Parliamentary style debates, with alternating speakers from Government and Opposition teams.

Topics included whether statues of politically controversial figures should remain standing, whether childhood vaccination should be compulsory by law and if the legal driving age for both cars and mopeds should be raised to 18.

After more than three hours of well-crafted exchange, the St Mary's and St John's team were declared the winners. 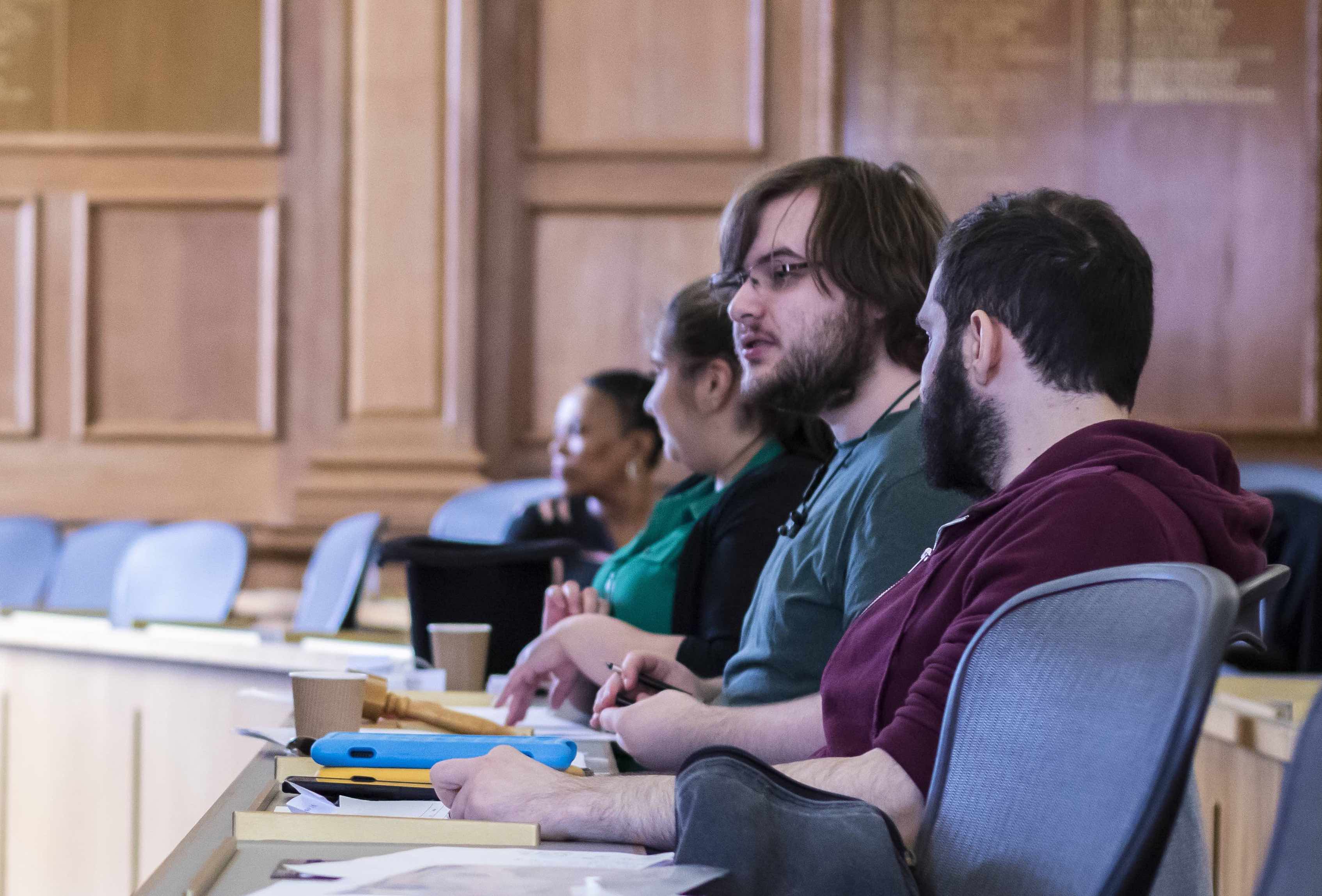 Timur and the President of MDX Debating Society, BSc psychologist Lisa Hunt, gave workshops before the first round last December, explaining to  pupils the basics of debating and what makes a good argument. Professor of Communication at the MDX School of Law Alan Durant, who delivered an in-school workshop, told the finalists at the end that "the level of debating was high". Christina congratulating the pupils on the amazing improvement they had made in the course of the contest, while Edward told them, "all of you wouldn’t be out of a place at a university level competition". 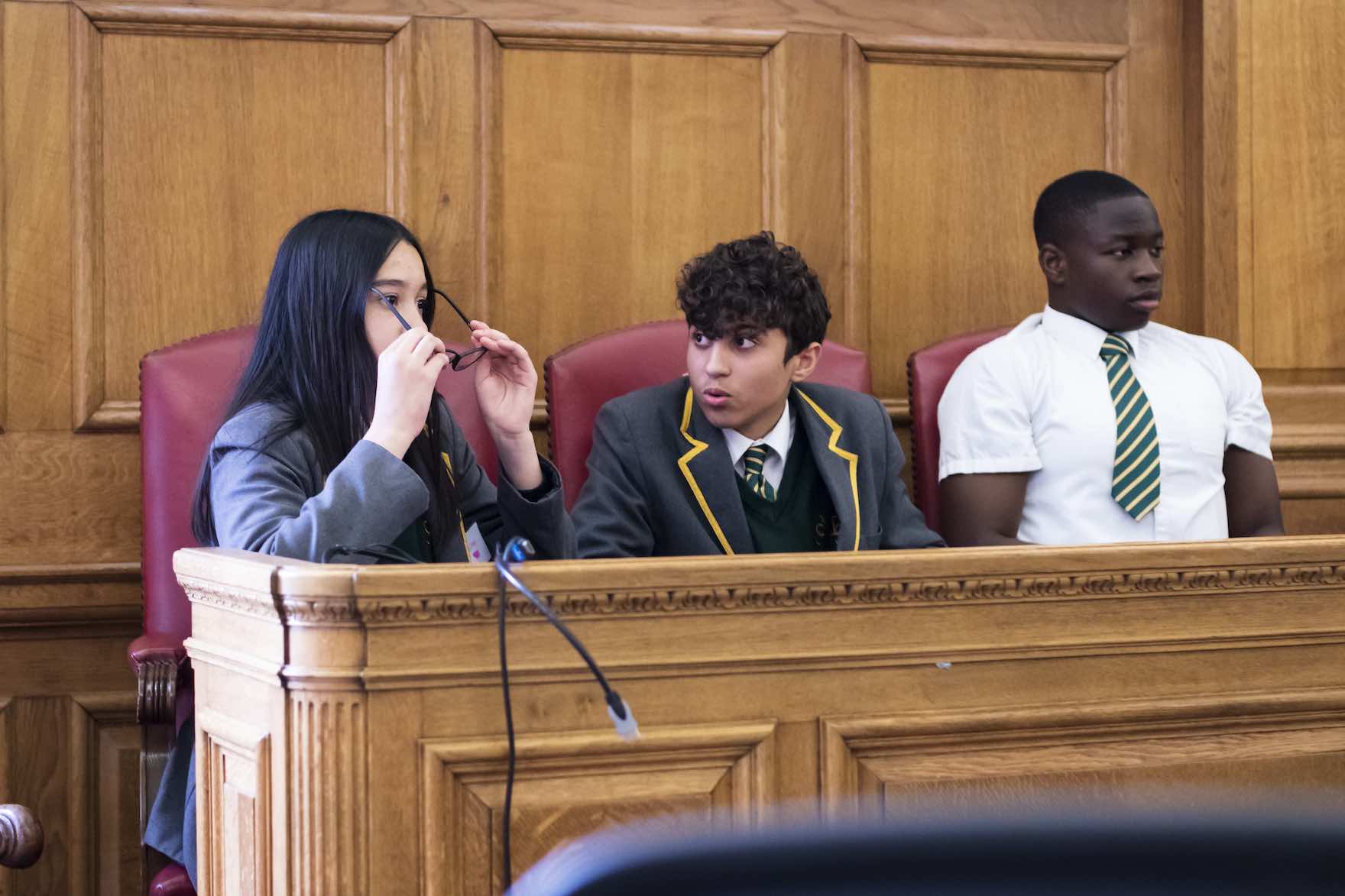 Year 10 St Mary's and St John's team member Faith Chidyausiku said that the contest had been "a good environment and really fun to take part. I’ve been able to gain confidence in speaking." Her favourite subjects are music and biology and she is thinking about going into medicine or film, but she might continue debating as a side hobby. Teammate David Wolffe, also in Year 10 and who aspires to study politics, philosophy and economics says, "It was really good to argue my opinion. Some of it was contrary to what I personally thought – that’s the fun of debating".

"The competition was valuable as a means of teaching children the skills behind debating and incorporating them into their studies" says Timur. "By coaching the children, Middlesex students get to pass on their knowledge of debating to those who benefit most from it".

There will be a second MDX Debate competition for schools in May. The MDX Debating Society has met every week during time-time over the past year and entered several inter-university competitions; it plans to continue in the same fashion in the autumn.