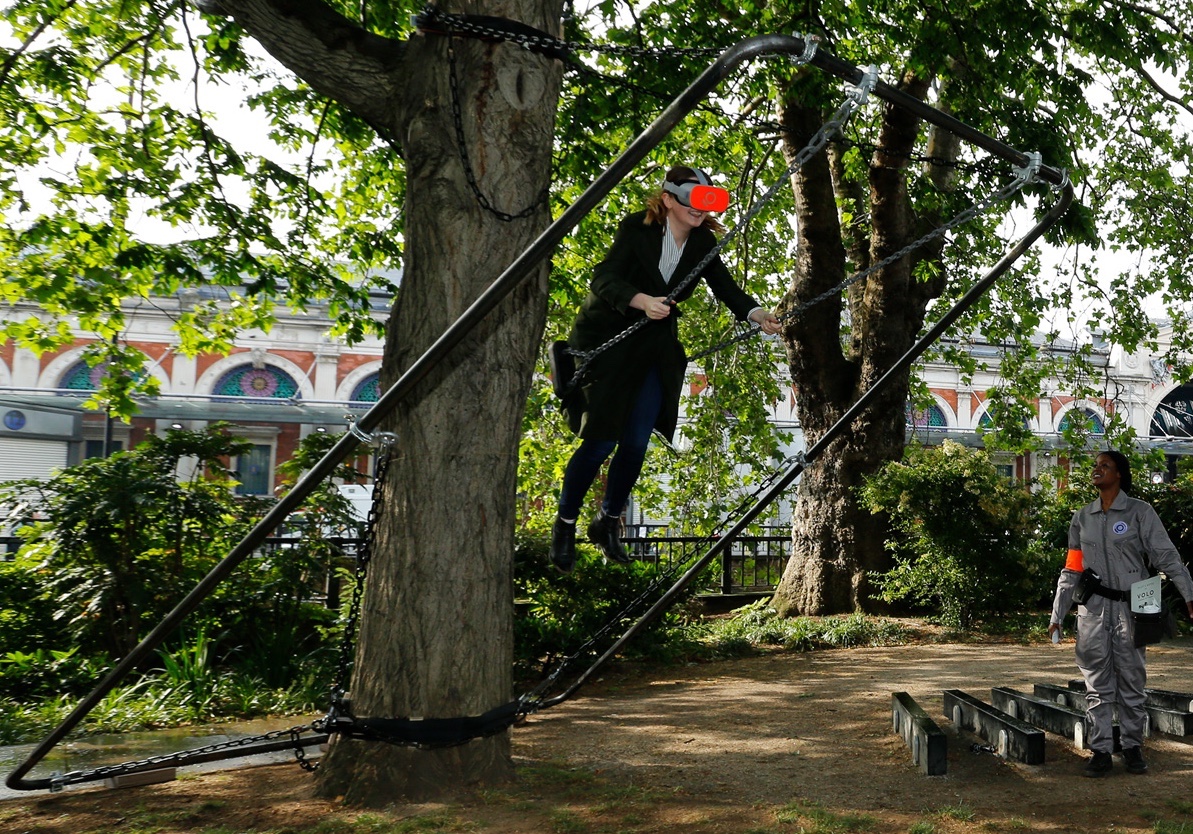 MDX academics and students helped create a virtual reality flying experience which thrilled around 1600 office workers and visitors at four sites around the City of London.

Volo: Dreams of Flight was conceived by MDX Professor of Creative Industries and "thrill engineer" Brendan Walker and produced by his production company Studio Gogo to mark the 500th anniversary of Leonardo Da Vinci's death. Wearing an Oculus Go VR headset and sitting on a swing, riders had the sense of flying on one of Leonardo's fantastical aeronautic devices: his Ornithopter, Helical Screw, glider and parachute.

"I think the first words I said on the Ornithopter were "HOW IS THIS POSSIBLE??"!" wrote one visitor in feedback to Studio Gogo. "The extent to which you get the physical sensation of flying is unbelievable".

“Well weird, thank you, awesome!"; “This is so sick, wow!" said other riders.

"It's a very calm experience" says Sergio, who based the landscapes for each ride on Italian futurist paintings. "It's about being there in the world and moving through it, feeling a connection between your body's movement and movement in another place".

He has an Oculus Rift headset at home and for the Volo project was able to build elements of the world of the ride and very quickly see the result. "It's amazing we can produce such an immersive experience with such simple and abstract models" he says.

Sergio's career has combined working on animation and visual effects including on blockbuster movies such as Happy Feet, Avatar and Rise of Planet of the Apes with teaching. He came to Middlesex in 2016 to launch the BA Visual Effects programme, the first cohort of students from which graduate this summer. 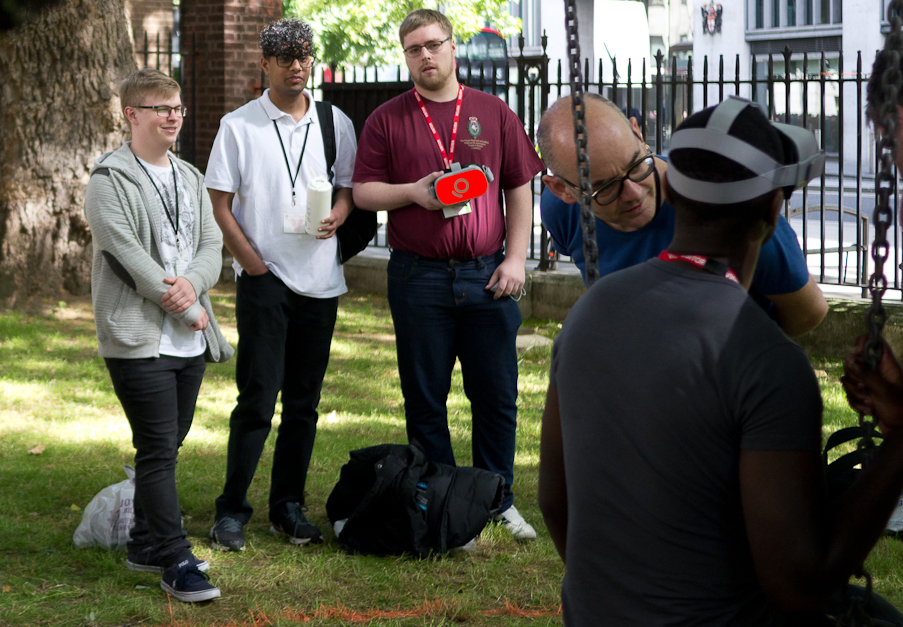 Steven, who enrolled in studying games design after working for Enfield Council, said that taking part in the project was a great experience and it was particularly valuable having to rise to challenges like trying to communicate instructions to a deaf customer. "It's reinforced the skill of public engagement and how to work in a team" he said.

"One of the things we do in the Games course is use VR to make different experiences" says Nil. "It was interesting to see that put to life".

"This is an excellent multidisciplinary project: we have design and engineering required to develop the swing structures, coupled with computer software development" said Professor Brendan Walker. "At Studio Go Go we're keen to offer these kinds of opportunities to students, because these are the young women and men we hope to be employing in the coming years as we grow.

"At Studio Go Go, behind the scenes, much of this project has been about developing our own solid games engine. We’re now looking for commissions: ranging from festivals wanting to create something bespoke for specific site, through to working with global giants like Universal Studios who want to expand the reach of their experiential brands".