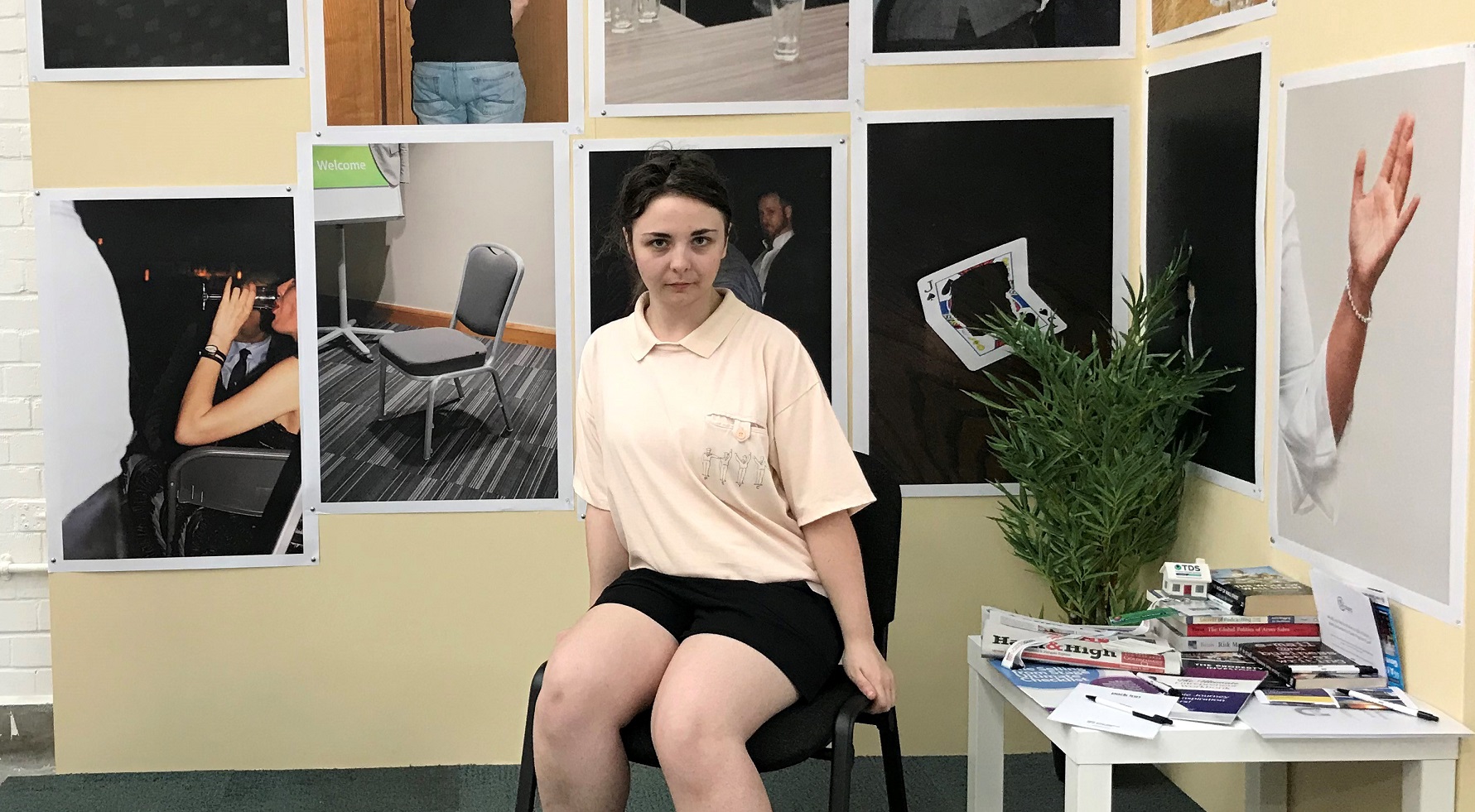 Jennifer Forward-Hayter's final year project for her BA looked at the world of Londoners aspiring to business and entrepreneurial success through get-rich conferences and networking events. Her inspiration came from her amazement, having grown up in rural Dorset where she'd "never really seen a businessman before", at the number of people in the capital who go to work in a suit - what she calls the "modern working class" or the "lost working class".

She signed up to networking parties and sessions on Eventbrite and went along with her camera and in character - "I went in a suit and Brylcreemed my hair. I probably looked like a 12 year old boy".

After attending a few events, she started recognising the same faces and being invited for free trial sessions. She found people were happy to talk to her and didn't object to her photographing. "I told them I owned two houses in the countryside. No matter how outrageous, they didn’t care.”

The events, which included an all-day 8am-9pm conference at a hotel near Heathrow, defied her expectations. "I was expecting to see a room of white men in suits. But it was full of ordinarily dressed people, BME people, loads of women. I realised I'm not looking at really successful people, it’s people who want to be [successful] so desperately. They’ve studied the dynamics and studied how to act".

Jennifer shot the events with a range of cameras, from a low-budget DSLR to a sports photography-style 300mm lens, taking close-ups of the speakers, candid shots at parties and still life photos of promotional paraphernalia. Lighting was a challenge because "they're normally in strangely-lit rooms, so you always think it's daylight". She sees the work in the tradition of documentary photographers from August Sander to Alison Jackson: "the historical purpose of photography, just making records".

Jennifer’s other projects during her time at MDX have included England’s Dreaming, a series of documentary photographs casting an unromantic eye on rural life including dead animals, flooded fields and broken down machinery, in response to city-dwellers’ “mythological thinking” about the countryside; and a narrative chronicling the breakdown of a character she created, failed actor Casper Kelly-Devore. For the latter work, she outlandishly retouched headshots of herself as Casper taken using the University’s Phase One camera, then staged scenes such as a flourbomb attack and a sex tape shot, filmed on a cameraphone and laptop camera respectively.

She has done other performance projects, including working with Crouching Tiger, Hidden Dragon art director Tim Yip and appearing as a talking head in feature films. She introduced herself to Alison Jackson after her stage show and ended up working with her on a 48 hour shoot and becoming her Production Assistant/Manager. She sees the performance art side of her practice, including dressing up in dramatic and provocative costumes, as the same as her photography – an alternative way of addressing issues she might also explore through documentary. 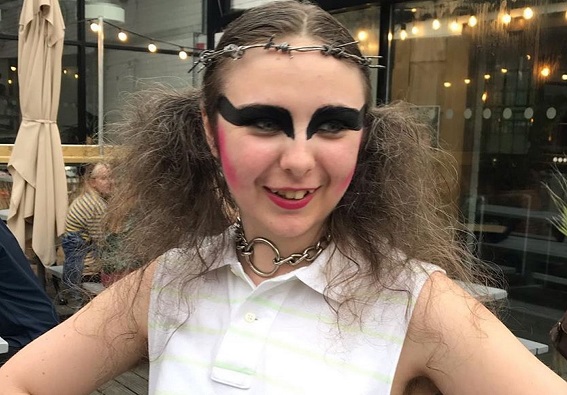 Doing similar work to her practice at Middlesex while she was still at school, Jennifer soaked up information about the art and design world from the colour supplements her mum brought home for her from cleaning jobs.

As a huge fan of Adam Ant - a student at Middlesex’s predecessor institution Hornsey College of Art - Jennifer says she always wanted to go at Middlesex, and the quality of the university’s art facilities in the Grove building was “an extremely happy coincidence” (in her final year one of the projects she set herself was to use as many MDX facilities as she could, from the digital studio to the embossing machine).

She praises the Arts and Creative Industries technicians for going above and beyond, and her tutors for being infinitely patient and accepting; together, they are “amazing people who really want to help you and want you to succeed”. She’s considering studying for an MA which she hopes to do at MDX. She has more work with Alison Jackson and a mentorship with photographer Amelia Troubridge lined up. She will continue to reframe the “normal” and create an “archive of the everyday” for her solo show at Old Truman Brewery in February 2020 which is part of her Free Range award. The prize also includes mentoring and a bursary for materials and printing.

Michael Bradley, BA Photography joint programme leader and MA Photography programme leader said, “Jenny’s approach to her work is rigorous, thoughtful and highly original. She takes nothing for granted, questioning everything. For the Free Range Photography exhibition at the Old Truman she created an office installation complete with a floor of carpet tiles, flip chart and photographs pinned up as if for a presentation”.

“This is the fourth time we have participated in Free Range Photography at the Old Truman Brewery," Michael adds. "In that time we have won the Best Student Award three times: Katharina Hasler in 2016, Cole Quirke in 2018 and now Jenny Forward-Hayter in 2019. We have also won the Best in Show Award for the Middlesex BA Photography stand twice, in 2016 and 2018.

"The reasons for these successes I believe are that, first, we have some serious, committed students. Second, we have a highly integrated and excellent staff team, academic and technical, all of who enjoy working together and with the students. Third, the show is carefully planned and curated weeks before the installation and we print everything for the exhibition in-house to a very high quality. The awards are judged by industry professionals and it is gratifying that all our collective hard work (staff and student) is recognized in this way”.

Free Range Photography took place at the Old Truman Brewery from 21 June - 1 July, with Best Student prizes given to students exhibiting in both Week One and Week Two of the show. Thirty-one universities and colleges participated in Free Range this year.

To read more about the BA Photography programme at MDX, click here